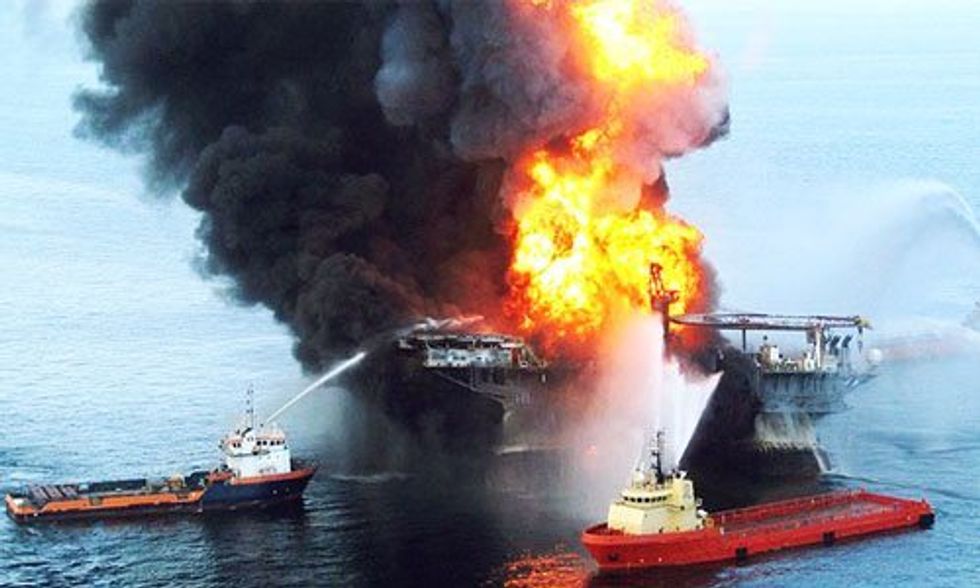 As the U.S. Department of Justice announced on Monday a final settlement with BP over the devastating 2010 Deepwater Horizon oil spill, groups are warning that the oil giant may still nab a substantial tax break under the deal.

Attorney General Loretta Lynch said the $20.8 billion settlement agreement marks the "the largest settlement with a single entity in American history." The resolution includes $5.5 billion to settle civil claims under the Clean Water Act; $7.1 billion in natural resources damages claims under the Oil Pollution Act, in addition to the $1 billion previously committed for early restoration and $4.9 billion in economic damages claims to the five Gulf states and up to $1 billion for local governments.

However, reporting by the Times-Picayune highlighted the little-noticed detail that, while the U.S. Department of Justice has explicitly forbidden BP from deducting its Clean Water Act penalties, no restrictions have been placed on the billions labeled natural resource damages payments, restoration and reimbursement to government, which it can treat as a business expense.

U.S. Public Interest Research Group (PIRG) says this amounts to $15.3 billion that can be written off as the "cost of doing business"—$5.35 billion of which can be claimed as a tax windfall.

"BP was found to be grossly negligent in the Deepwater Horizon case and yet the vast majority of what they are paying to make up for their gross negligence is legally considered just business as usual under the tax code unless the U.S. Department of Justice explicitly prohibits a write-off," said Michelle Surka, program associate with U.S. PIRG. "This not only sends the wrong message, but it also hurts taxpayers by forcing us to shoulder the burden of BP’s tax windfall in the form of higher taxes, cuts to public programs and more national debt."

Environmental watchdog group Friends of the Earth also noted that the Deepwater Horizon disaster has already allowed BP sizable tax benefits, including the $10 billion windfall it was able to secure by deducting the cost of its cleanup expenses.

"BP should not be allowed to treat the costs of their disaster as the cost of doing business," said Friends of the Earth climate and energy campaigner Lukas Ross. "We are concerned that this settlement doesn’t protect taxpayers. The justice department must ensure that no further tax benefits can accrue to the company responsible for perhaps the biggest environmental disaster in U.S. history."