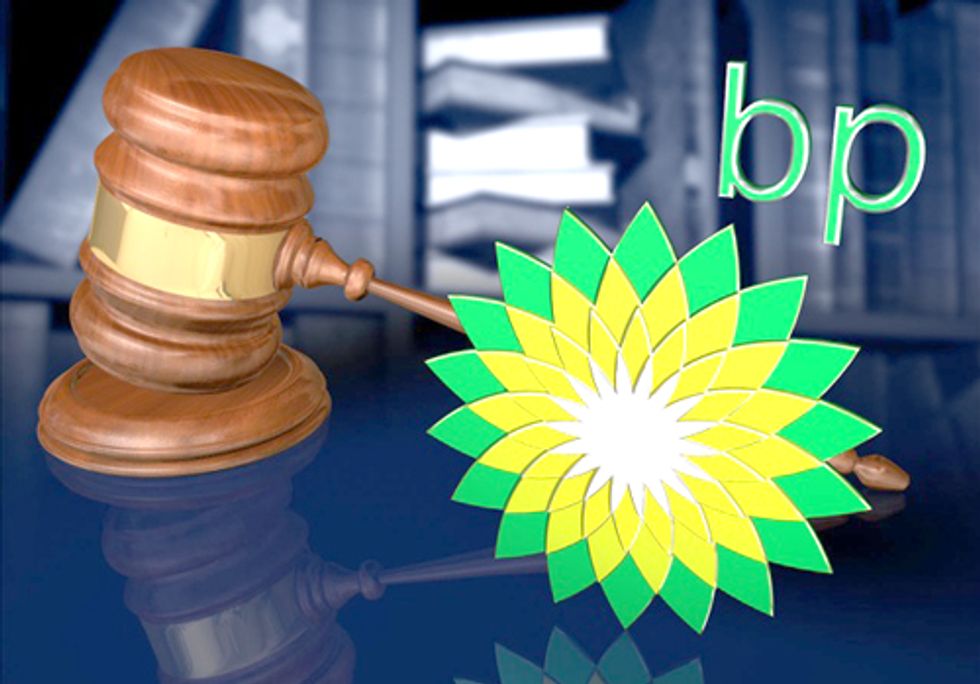 The saying in the city is that the markets do not lie.

And after Friday’s late night deal to reach a settlement with plaintiffs for a reported $7.8 billion, shares this morning in BP are topping the FTSE 100.

The company’s shares have risen more than two percent this morning with some analysts saying the oil giant’s share price may be a whopping five percent higher by the end of the day.

The city has spoken—BP has got off lightly and has paid roughly half what they were expecting.

Last week Bloomberg was reporting the settlement could be in the region of $14 billion, which was said to be in line with analysts’ expectations.

In actual fact the deal is being reported as being more than half that—$7.8 billion.

So it looks like BP has won this round quite clearly.

If the class-action lawsuit by victims had gone to trial, BP could have faced much higher costs.

This raises the question, why did the plaintiffs lawyers settle for so little an amount?

But read further and the $7.8 figure is only an estimate—the deal is actually uncapped. So the city may be slightly premature in its enthusiasm.

But the settlement is good for BP in other ways too.

The Times-Picayune newspaper in the region reports how “Blaine LeCesne, a tort law professor at Loyola who has followed the oil spill litigation closely, said that the settlement seems to be a bigger help to BP’s litigation strategy than it was to the plaintiffs.”

It helps with BP’s litigation strategy by boosting the chances of a settlement with the government. And people are now saying that the fact that BP settled for a lower amount with the plantiffs means it will settle for less with the U.S. government, too.

One analyst, Fadel Gheit, an oil analyst at Oppenheimer in New York, said BP’s hand had been strengthened by the deal. “I think the settlement further weakens the government claim of gross negligence.”

Others agree. Stuart Joyner, an analyst at Investec, also believes that it puts BP in a much stronger position to negotiate with the U.S. government.

The other important fact about the settlement is that, of course, BP has not accepted liability.

So once again BP wins.

The markets do not like uncertainty. By settling, BP wins again whilst many victims will be losers.

Tony Buzbee, a Houston-based attorney who represents people and businesses with roughly 12,000 spill claims, questioned whether the settlement will be more beneficial to his clients than the existing Gulf Restoration Fund.

“There better be a golden nugget in there,” argues Buzbee “Otherwise, this smells. It doesn’t benefit my clients.”

And here’s a final thought. With the Exxon Valdez it took years for the full impact of the spill to become apparent. So how can plaintiffs—especially fisherman—settle if the damage to their livelihood is still not fully apparent, especially due to the sub-lethal impact of oil?

Aaron Viles, deputy director of the Gulf Restoration Network, argues that “it takes a while for these sub-lethal impacts to work their way through the ecosystem and to have an impact. So we are watching very anxiously.”

One Gulf resident, Margaret Curole, from the Commercial Fisherman of America remarked, “When you’ve spent nearly all your life as a grown woman fishing off the back deck of a boat and handling millions of pounds of shrimp, and you start seeing shrimp that has no eyes, something is wrong.”