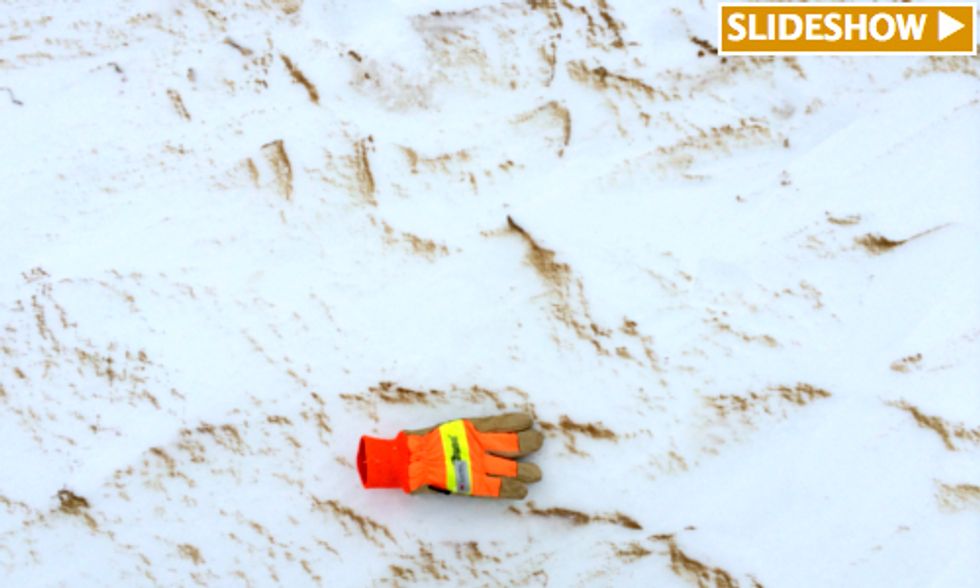 If you already thought BP was unfit to handle its own oil, an incident this week in Alaska won't change that opinion.

Alaska officials said a BP oil pipeline was somehow compromised and and resulted in the nonstop spraying of an oily mist into the wind for at least two hours. The mixture of gas, crude oil and water covered 33 acres of a frozen snow field near a BP oil well in Northern Alaska.

The Associated Press reported that no wildlife had been impacted. BP spokeswoman Dawn Patience wrote in an email to the AP that crews were still assessing repairs, and that it was too soon to estimate long-term impacts.

The spray took place at BP's Prudhoe oil field on Alaska’s North Slope. There are several oil fields nestled under the tundra in the area. According to the Alaska Department of Environmental Conservation (ADEC), BP officials found the mist during a routine inspection.

The volume of the spill remains unknown and ADEC is continuing its investigation.

According to RT, cleanup efforts should be complete before a large amount of birds typically pass through the region in a few weeks. Prudhoe Bay is home to several migratory birds, caribou, a large porcupine herd and other animals.

In 2006, about 267,000 gallons of oil seeped through a quarter-inch-sized hole in a corroded BP pipeline. That went unnoticed for five days until a worker noticed the aroma. Three years later, 14,000 gallons of oil escaped from a pipeline into the tundra and wetlands of the area even though the company spent $500 million to upgrade 16 miles of pipeline that transported oil in the region to one of its facilities.

A recent report states that the U.S. oil industry is nowhere near prepared for large oil spills.

“The lack of infrastructure and oil spill response equipment in the U.S. Arctic is a significant liability in the event of a large oil spill,” the report reads. “Building U.S. capabilities to support oil spill response will require significant investment in physical infrastructure and human capabilities, from communications and personnel to transportation systems and traffic monitoring.”