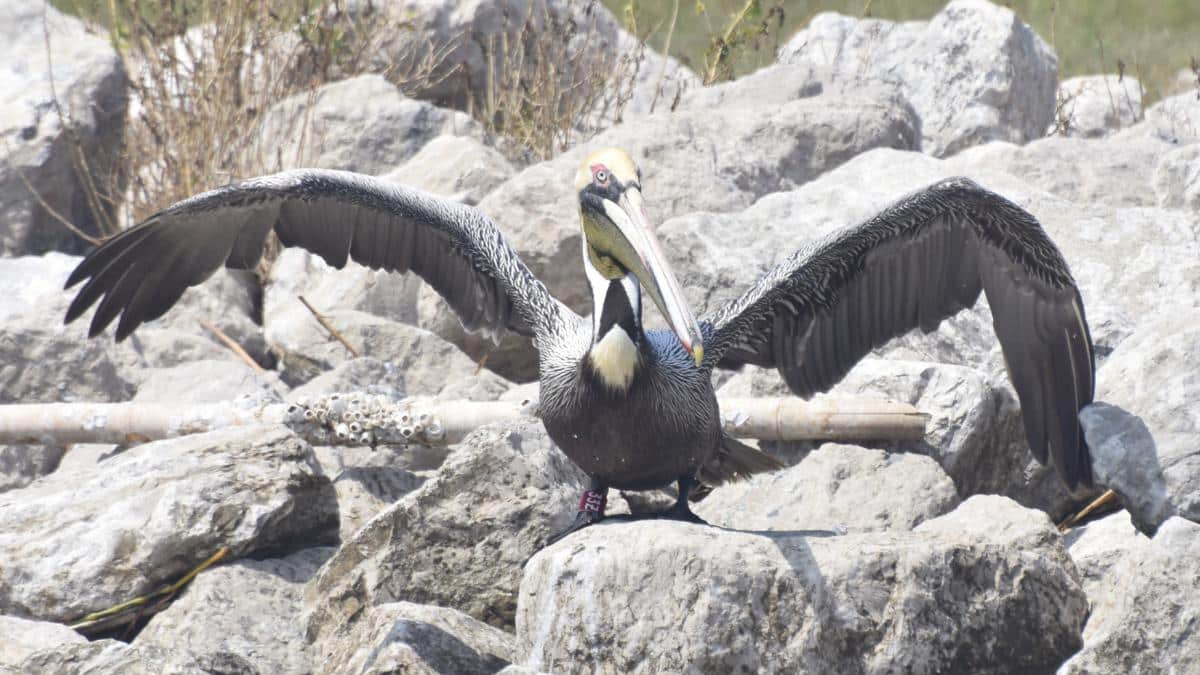 A brown pelican rescued from the BP Deepwater Horizon oil spill in 2010 and relocated to Georgia has made the 700-mile trek back to Louisiana 11 years later.

“It’s truly impressive that it made its way back from Georgia,” Louisiana Department of Wildlife and Fisheries (LDWF) Biologist Casey Wright said in a press release.

There's no place like home. After the 2010 Deepwater Horizon Oil Spill, this brown pelican was rehabilitated and released in Georgia. Since then, it has traversed a distance of about 700 miles to make its way back to Louisiana.

The pelican was found covered in oil on June 14, 2010, on a rock jetty off of Bataria Bay, located on Louisiana’s Queen Bess Island, WBRZ reported. The bird, tagged “Red 33Z” by its rescuers, was first taken to a triage facility, then a rehabilitation facility in Louisiana. However, it couldn’t be released near its home due to oil contamination. Instead, the pelican was flown to the U.S. Coast Guard station in Brunswick, Georgia, and released there on July 1, 2010.

It isn’t known exactly when Red 33Z made it back home, but Wright spotted and photographed the bird on a Bataria Bay rock jetty in March. This isn’t unheard of behavior for pelicans.

“Brown pelicans, like most seabirds, are thought to be hard-wired, genetically, to return to their birth colony to breed, despite moving long distances during the non-breeding season,” LDWF Non-Game Ornithologist Robert Dobbs said in the press release. “That may be an overly simplistic generalization, but re-sighting data of banded pelicans often support that pattern.”

Other birds released in Georgia, Texas and Florida after the spill have also been spotted back in Louisiana.

It is thanks to careful restoration work that Red 33Z could return home. Queen Bess Island is an important nesting colony for sea birds and 15 to 20 percent of the state’s brown pelicans are hatched there. But heavy damage from the spill left only five habitable acres. However, a restoration project raised that number to 36 acres by February 2020.

“Queen Bess is one of Louisiana’s best redemptive wildlife stories,” LDWF Secretary Jack Montoucet said in a statement announcing the completed restoration. “It was on this very island in 1968 that we began the process of bringing back the Brown Pelican after pesticides nearly wiped the species from the Louisiana landscape. Now we celebrate the birth of a healthy home for Brown Pelicans and many other bird species because of the marriage of science, wise planning, and the determination of state and federal governments to do the right thing.”

However, not all birds had such a happy ending after the 2010 oil spill. The U.S. Fish and Wildlife Service estimated that 65,000 to 102,000 birds died in the disaster, The Associated Press reported. Still, bird populations in the area have recovered their pre-spill numbers.