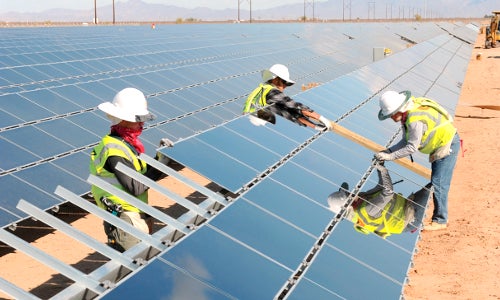 One of the largest fossil fuel companies in the world has the data to back up the rise in renewable energy that must of us expect in the future.

According to BP’s Energy Outlook 2035, renewable sources likes solar and wind will grow at a faster rate than natural gas over the next two decades. Renewables are slated to grow by an average of 6.4 percent per year, while natural gas will only increase by 1.9 percent each year.

In 21 years, the world will get 14 percent of its power from renewable energy, compared to the 5 percent it received in 2012. BP predicts the European Union will be especially green by 2035 with 32 percent renewables.

On a global scale, carbon-free sources—renewables, hydro and nuclear—will combine to provide 37 percent of the world’s power by 2035. That’s a five percent increase from 2012.

“Including biofuels, renewables are expected to have a higher share of primary energy than nuclear by 2025,” the report reads. 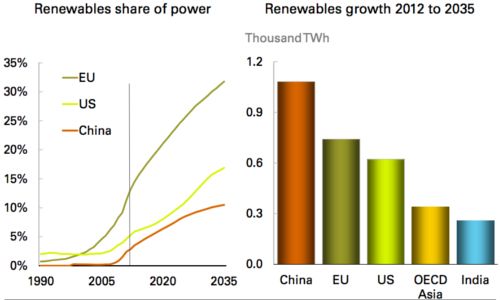 Even a BP executive seemed mildly enthused about competition within the energy sector.

“[The report] highlights the power of competition and market forces in unlocking technology and innovation to meet the world’s energy needs,” BP Group Chief Executive Bob Dudley said. “These factors make us optimistic for the world’s energy future.”

Despite the predicted rise in renewable energy deployment, BP says greenhouse emissions will rise by nearly one-third during the same period. Shale is slated to grow during that period, but not enough to offset emissions.