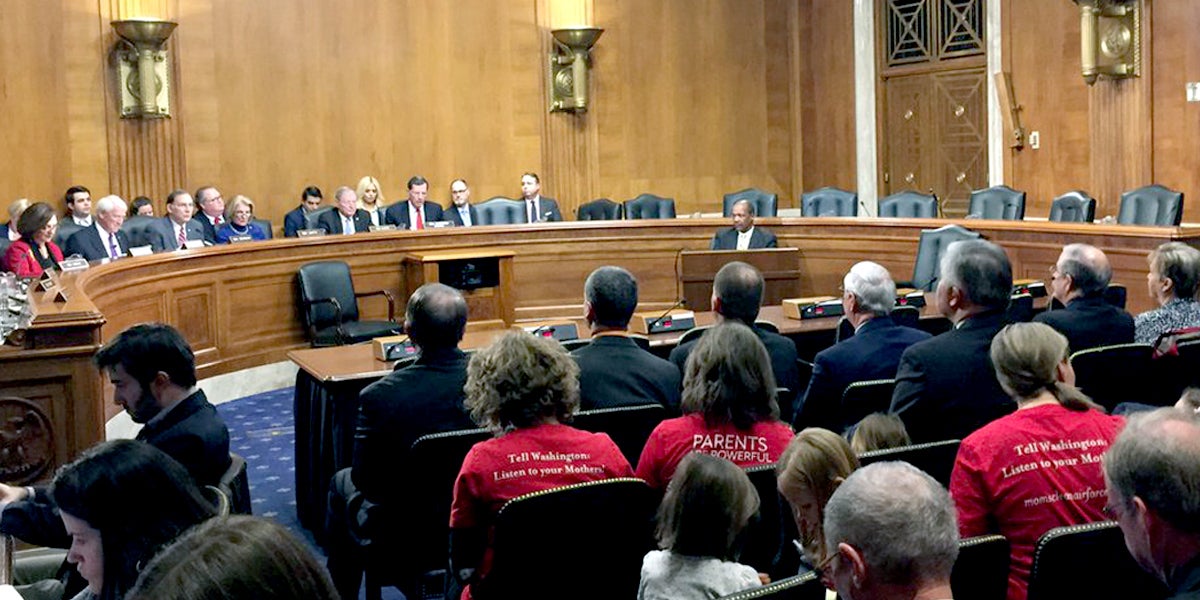 The move deprived the committee of the two minority members necessary for a vote, stalling the GOP from moving Pruitt’s nomination to the full Senate. While GOP members of the Senate Finance Committee, faced with a similar Democratic boycott Wednesday, altered committee rules to move health secretary nominee Tom Price and treasury pick Steven Mnuchin’s nominations to the full Senate without a Democratic vote, it’s unclear if the EPW Committee will follow suit.

“We applaud the committee’s Democrats for refusing to be complicit in approving such an unacceptable nominee and boycotting this vote,” Sierra Club’s Executive Director Michael Brune said. “Scott Pruitt would likely bring unacceptable changes to our bedrock environmental laws if given control of the EPA. We will continue to resist this nomination and the rollbacks on our clean air and clean water protections that would ensue if Scott Pruitt seizes control of this agency.”

Pruitt’s nomination has been hotly contested in and out of Washington, with The Hill reporting that outside groups have spent more than $3 million in ads and other actions supporting and opposing his candidacy.

“Today’s actions by Democrats to resist Scott Pruitt’s nomination were necessary and commendable,” Food & Water Watch Executive Director Wenonah Hauter said. “Pruitt is wholly unfit and unqualified to lead the EPA, and anything done by anyone to prevent his confirmation must be welcomed and encouraged.”