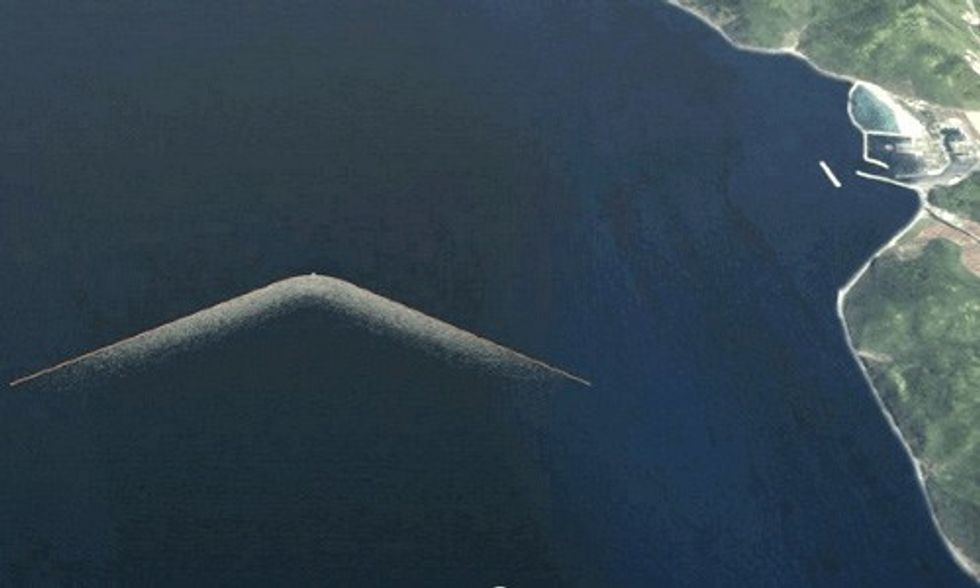 Boyan Slat's plan to rid the world's oceans of plastic with his revolutionary ocean-cleaning system is set for real-life trials next year after last week's successful tests in the Netherlands of a scaled-down prototype at Maritime Research Institute Netherlands (MARIN), the Guardian reports.

The 21-year-old Dutch is the founder and CEO of The Ocean Cleanup, an ambitious operation involving a massive static platform that passively corrals plastics with wind and ocean currents. The array features a floating V-shaped boom so that fish and other marine life can swim underneath.

Further trials will take place off the coasts of Japan and the Netherlands, and if all goes to plan, the project will officially launch in 2020 and be the longest floating structure ever deployed in the ocean.

The Ocean Cleanup describes itself as the “world’s first feasible concept to clean the oceans of plastic,” but the journey hasn't all been smooth sailing.

"Testing for this is no simple matter," The Ocean Cleanup wrote in blog post from MARIN. "The oceans are an environment with unpredictable, powerful forces that defy perfect simulation. Waves come from a variety of directions at once, and currents below the surface complicate matters even more."

Hydrodynamic engineer Mark Paalvast said in the blog post that the tests at MARIN will determine the feasibility of the project.

“The MARIN offshore basin is one of the best facilities in the world to do these tests,” he said. “It can send currents and waves from many different angles simultaneously, and at varying speeds. We will do lots of simulations and then use the data for additional computer modeling too.”

There have been other road blocks as well. Some critics have written off the idea, and Asma Mahdi, a spokeswoman for the U.S. National Oceanic and Atmospheric Administration (NOAA) told the Guardian there's the potential for harming sea life caught in the project’s cleanup barrier.

“By skimming floating debris off the surface, we may be doing more harm than good for marine surface-dwellers,” she said. “This includes the microscopic plankton that are the base of the marine food web and responsible for nearly half of the oxygen production that occurs on our planet.”

Slat responded, “The current flows underneath the barriers, taking away everything with neutral buoyancy—like plankton and other fish—while the positively buoyant plastic, up to a certain threshold, remains in front of it.”

He has taken his other critics head-on with a 530-page feasibility report composed of 70 scientists and engineers. The report concluded that the concept “is indeed likely a feasible and viable ocean cleanup technique.” Their conclusion has also been peer-reviewed by external experts, Slat attested in a blog post.

Another problem is the economic sustainability of the project. While half of The Ocean Cleanup's €30m ($32 million) budget was raised through crowdfunding and from wealthy donors, the company hopes to stay afloat financially through a ocean plastic retail line, the Guardian reports.

“We’ve analyzed the quality of the plastic which was surprisingly good,” Slat said. “We did some tests and the material is very recyclable. Tens of companies—large corporations—have shown an interest in buying up the plastic and that is our holy grail; funding the clean-up using revenues created by the plastic we extract.”

Slat, a former aerospace engineering student, proposed this ocean plastic-capturing concept when he was only 17, making headlines about his plan to clean half the Great Pacific Garbage Patch within a decade.

Over the years, Slat and his Ocean Cleanup team have taken several ocean research expeditions and discovered after a trip to the Pacific earlier this year that the plight of plastic pollution was much worse than they imagined.

Plastic pollution is a clear threat to aquatic life and marine ecosystems. About 8 million tons of plastic are dumped into the oceans annually.

A recent study found that 90 percent of seabirds have mistakenly eaten plastic and the numbers will rise if plastic pollution worsens.