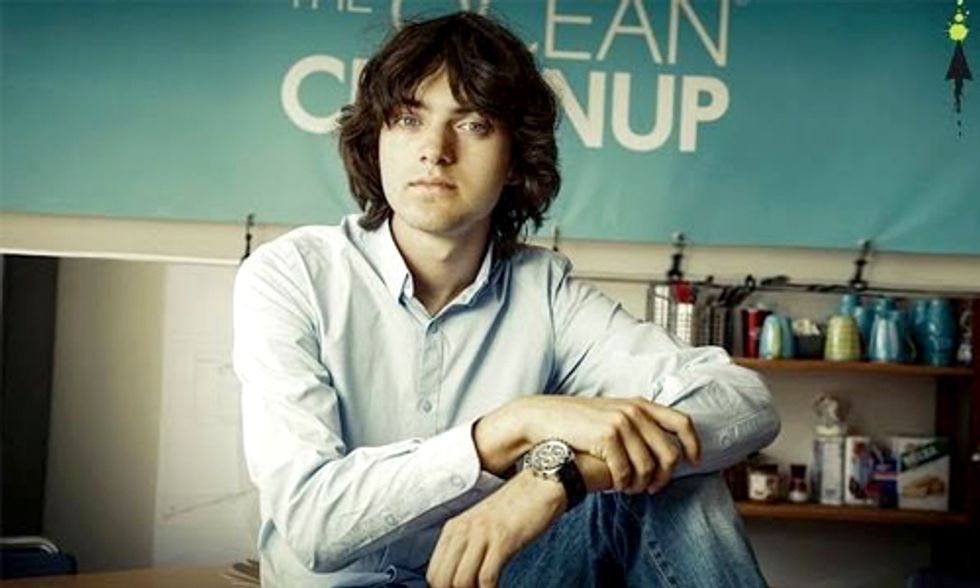 In June, EcoWatch reported on a first interview with the young and ambitious 19-year-old Boyan Slat, president and founder of The Ocean Cleanup and creator of a technology he says can clean half the Great Pacific Garbage Patch in a decade.

Now, in a second IAMECO Warrior interview, Slat shares his excitement for the financial support his idea has received and the steps he has taken to create a team ready to start a second phase of the project that will, through a series of upscale tests, design and implement a large-scale pilot project.

Part of the research being done is to determine what to do with the plastics once they are retrieved from the oceans. Slat and his team have shown that they can turn the plastic into oil. "We have even shown that we can turn plastics into new materials, and this makes the possibilities virtually endless," says Boyan. "The recycling parts could make the entire venture profitable."