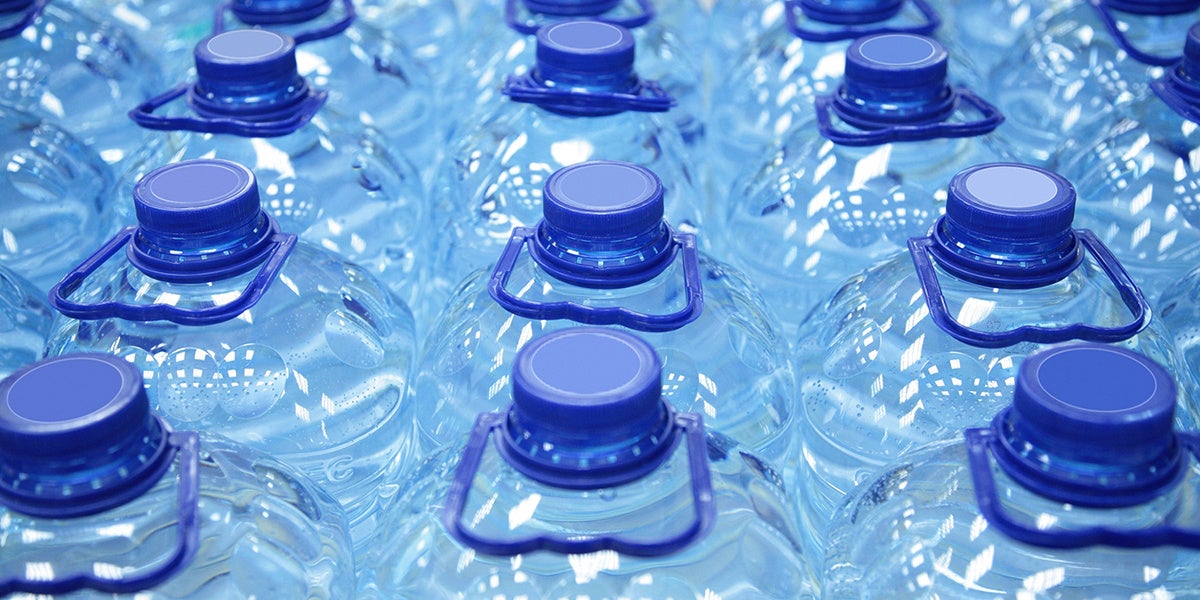 The new Food & Water Watch report Take Back the Tap: The Big Business Hustle of Bottled Water details the deceit and trickery of the bottled water industry. Here’s one more angle to consider: The bottled water business is closely tied to fracking.

The report reveals that the majority of bottled water is municipal tap water, a common resource captured in plastic bottles and re-sold at an astonishing markup—as much as 2,000 times the price of tap, and even four times the price of gasoline. Besides being a rip-off, there is plenty more to loathe about the corporate water scam: The environmental impacts from pumping groundwater (especially in drought-prone areas), the plastic junk fouling up our waterways and oceans, and the air pollution created as petrochemical plants manufacture the materials necessary for making those plastic bottles filled with overpriced tap water.

There is a growing international awareness that plastic is a serious problem. In 2016, about 4 billion pounds of plastic were used in the bottled water business, and most of those bottles are not recycled—meaning they often end up in landfills or as litter. There’s also the matter of whether we should be putting our drinking water in those bottles in the first place: The most common packaging (polyethylene terephthalate, or PET) includes compounds like benzene, and the bottles can leach toxins like formaldehyde and acetaldehyde.

But perhaps the biggest problem is where we get all this plastic in the first place. Many of the raw materials used to create those plastic bottles come from fracking. In addition to air and water pollution, the fracking boom has delivered an abundant supply of the hydrocarbon ethane, which is used in petrochemical manufacturing to create ethylene, which is turned into plastic.

One of the global powerhouses in this industry is a company called Ineos, which needs to expand fracking in order to keep profiting from plastics. To do this, massive “dragon ships” carry ethane from the U.S. to its facilities in Europe. The company wants even more of this raw material, which is one of the big reasons that Sunoco/Energy Transfer Partners is building the Mariner East 2, a dangerous pipeline that will travel across hundreds of miles of the state of Pennsylvania. Getting more ethane means Ineos can turn more of those hydrocarbons into plastic, with the accompanying industrial pollution and carbon emissions we have come to expect from a company that has amassed a horrendous environmental record.

The corporate water business is a costly scam that affects our air, water and climate. It robs communities of a resource that is a public good and must be treated as one, and it relies heavily on dirty fossil fuels to produce and transport a product that it sells at an extravagant markup. It rakes in billions of dollars while our public tap water infrastructure—that these companies benefit from—remains in desperate need of federal funding to provide all Americans with access to clean, affordable drinking water.