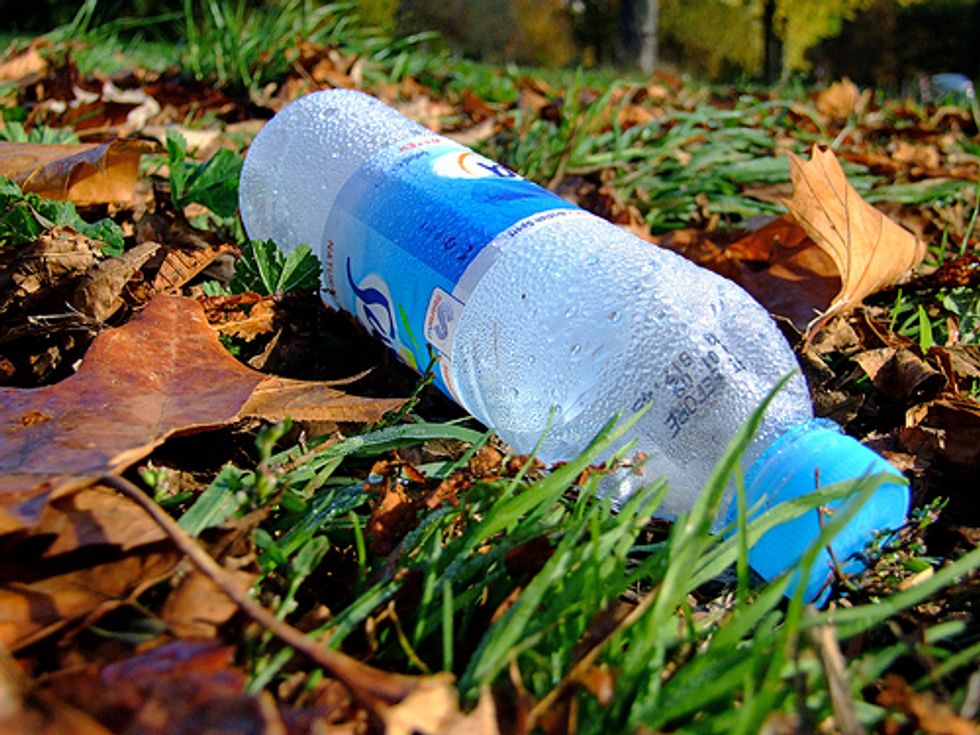 State of California Department of Justice

Under California law, it is illegal to label a plastic food or beverage container as biodegradable. Plastic takes thousands of years to biodegrade and may never do so in a landfill. The lawsuit is the first government action to enforce the state's landmark environmental marketing law.

"These companies' actions violate state law and mislead consumers," Attorney General Harris said. "Californians are committed to recycling and protecting the environment, but these efforts are undermined by the false and misleading claims these companies make when they wrongly advertise their products as biodegradable."

Balance and AquaMantra sell their products in plastic water bottles marketed by ENSO Plastics LLC. According to the label, ENSO claims that a microbial additive created the first truly biodegradable and recyclable plastic bottle. The bottles' labeling states that the bottles will break down in less than five years in a typical landfill or compost environment, but that claim is false because the additive does not speed up the centuries-long process required to break down plastic.

The claim of recycling is also deceptive. The microbial additive put into the bottle is considered by the Association of Post Consumer Plastic Recyclers to be a destructive contaminant that can compromise the strength of the products they make.

Consumers may buy these defendants' bottles and either dispose of them incorrectly, on the assumption that they will biodegrade quickly, when in fact they will simply take up space in landfills, or they will try to recycle them, creating problems and costs for recyclers.

A recent Gallup poll found that 76 percent of Americans buy products specifically because of their perception the product is better for the environment.

In 2008, the California Legislature banned the use of words like "biodegradable," "degradable," or "decomposable" in the labeling of plastic food or beverage containers. Senate Bill 567, signed into law by the governor this year, will expand that law to all plastic products beginning in 2013.