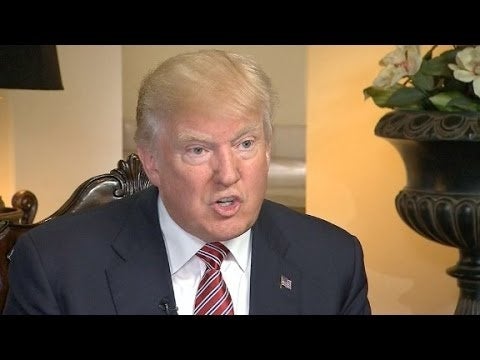 U.S. District Judge Gonzalo Curiel, the federal judge that
Donald Trump attacked for his ethnicity, will hear a case on whether the president can waive environmental laws to build his controversial U.S.-Mexico border wall.

The case, scheduled for Feb. 9 in U.S. District Court in San Diego, is a consolidation of three separate lawsuits filed by U.S. Rep. Raúl Grijalva (D-Arizona), conservation groups and the state of California.

McClatchy, which first reported Curiel’s assignment, noted that Trump disparaged the judge during the 2016 presidential campaign over a lawsuit involving Trump University. Trump called the judge a “Mexican”—even though Curiel was born in Indiana—in an attempt to paint the judge as “totally biased” over Conservative immigration policies and the border project.

“Look, he’s proud of his heritage, OK? I’m building a wall,” Trump said of Curiel in a June 2016 interview with CNN’s Jake Tapper. “He’s a Mexican. We’re building a wall between here and Mexico.”

“Curiel never publicly responded to Trump’s taunts, and colleagues say he has a record of impartiality that will guide his handling of the case. Still, the litigation is sure to put Curiel in the spotlight again and the outcome will be closely watched by border wall opponents and advocates, including the president himself.”

According to the Washington Post, the groups are challenging waivers that were granted back in 1996 and 2005 to allow the federal government to bypass some federal, state and environmental laws over border security issues.

The case is significant because if Curiel sides with the Trump administration, it could allow the government to proceed with building the wall in other border states.

The Center for Biological Diversity, one of the litigants, filed a lawsuit last year challenging the Trump administration’s use of an expired waiver to build replacement walls south of San Diego. The complaint called the move an unconstitutional delegation of power to the Department of Homeland Security, adding that the wall violates the Endangered Species Act.

“The Trump administration is stopping at nothing to ram through this destructive border wall,” said Brian Segee, a senior attorney with the Center for Biological Diversity. “Trump’s divisive border wall is a humanitarian and environmental disaster, and it won’t do anything to stop illegal drug or human smuggling.”

The Center for Biological Diversity added:

“Beyond jeopardizing wildlife, endangered species and public lands, the U.S.-Mexico border wall is part of a larger strategy of ongoing border militarization that damages human rights, civil liberties, native lands, local businesses and international relations. The border wall impedes the natural migrations of people and wildlife that are essential to healthy diversity.”