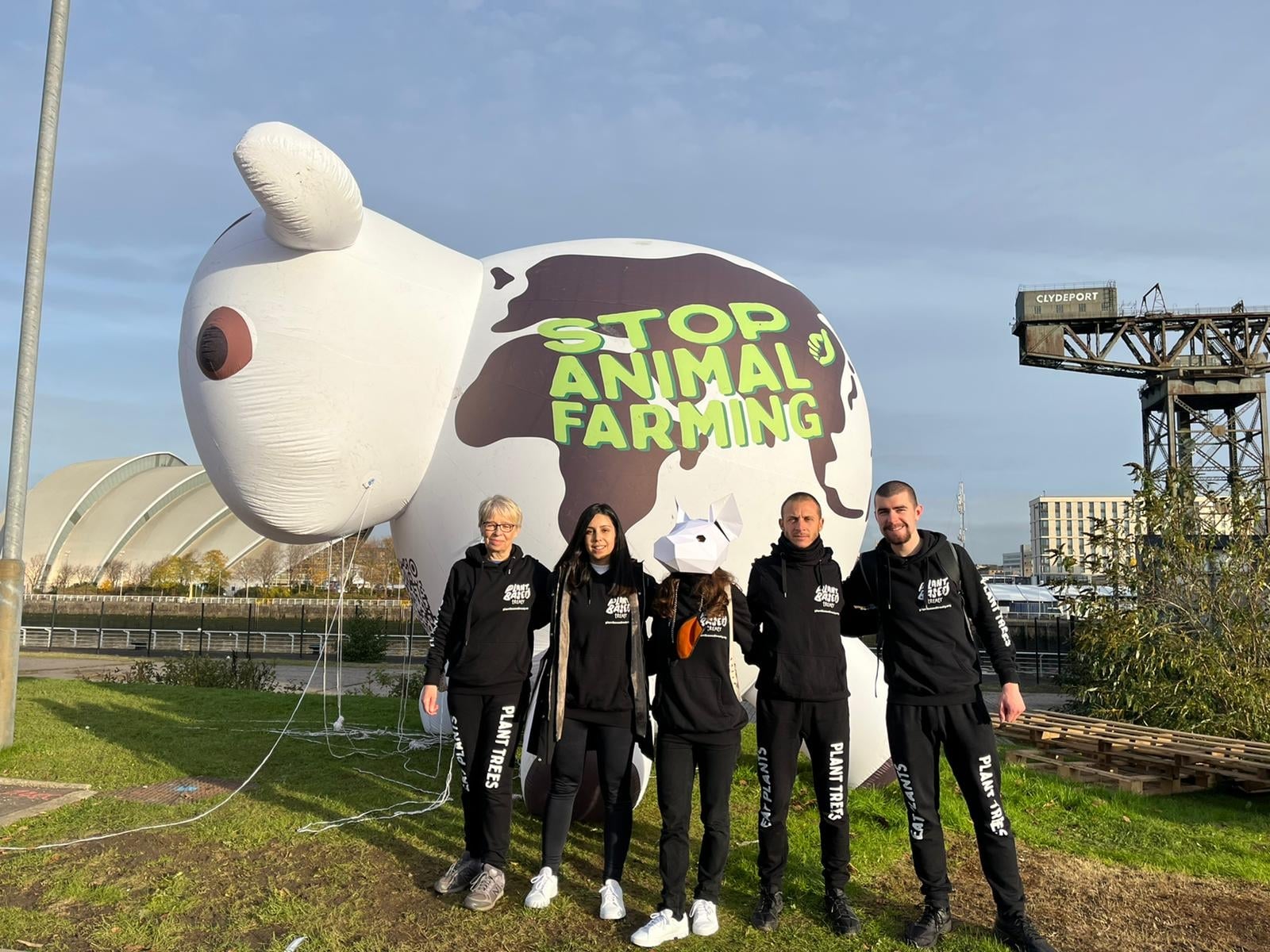 How should the global agricultural system change in order to prevent the worst impacts of the climate crisis?

A group of young activists believe the answer is a global shift towards plant-based diets, and they are not afraid to make their voices heard. The campaigners disrupted a meeting at the UN climate talks in Bonn, Germany, on Friday to call for a Plant Based Treaty.

“This is a do or die decade, particularly when it comes to the methane crisis,” Plant Based Treaty campaigner Yael Hanna said in a press release emailed to EcoWatch. “We need an immediate and rapid shift away from animal-based foods to plant-based foods in response to the climate emergency. The science presented by the IPCC is irrefutable, a vegan diet is the optimal diet for the planet and we need to negotiate a Plant Based Treaty now.”

The call for a Plant Based Treaty has been endorsed by more than 750 organizations, nearly 600 businesses, 16 cities and states and nearly 40,000 individuals. The treaty has three demands:

The campaigners see the treaty as a companion piece to the Paris climate agreement and justify it based on findings from the Intergovernmental Panel on Climate Change (IPCC). For example, the IPCC’s 2020 Special Report on Land Use found that a global switch to a vegan diet could save nearly eight gigatons in greenhouse gas emissions and more than double that amount if land currently used for animal agriculture was restored to nature. The treaty has also been endorsed by IPCC scientists.

“The science is definite,” IPCC expert reviewer and Director of the Climate Emergency Institute Dr. Peter Carter said in the press release, “global climate catastrophe cannot be averted without the elimination of meat and dairy in our diet, and that must happen fast. Ethically, all unnecessary methane sources have to be cut as fast and far as feasible. That means global veganization is now a survival imperative.”

The campaigners want the treaty to be part of the texts from the Koronivia Joint Work on Agriculture that will be presented at the upcoming COP27 UN climate talks in Sharm El-Sheikh, Egypt. The Koronivia decision is a decision under the United Nations Framework Convention on Climate Change (UNFCCC) that recognizes the role of agriculture in responding to the climate crisis, according to the UN Food and Agriculture Organization. However, the campaigners said that major powers including the U.S. and Brazil had resisted calls for including a just transition to a plant-based food system in the final Koronivia documents.

In response, young activists from groups including Plant Based Treaty, Youth Constituency of UNFCCC, Climate Action Network and Demand Climate Justice interrupted the Koronivia negotiations in the Santiago de Chile conference room at the ongoing Bonn climate talks on Friday. The campaigners entered the room before negotiations began at 9:45 a.m. and stayed for the duration of the meeting. Each delegate was given a copy of the position paper “Appetite for a Plant Based Treaty. The IPCC repeatedly demonstrates that a vegan diet is the optimal diet to drastically reduce food related emissions.”

“Animal agriculture is the primary driver of accelerating methane, deforestation and loss of carbon sinks, ocean acidification, and biodiversity loss,” the paper reads. “In fact, farming animals for their flesh, skin, and secretions impacts more planetary boundaries than any other industry.”

In particular, treaty proponents are concerned about methane emissions, 32 percent of which are caused by agriculture. The UN said that methane emissions need to fall by 45 percent by 2030 in order to limit global warming to 1.5 degrees Celsius above pre-industrial levels, but methane levels reached a record 17 parts per billion in 2021.

“Cutting methane is the biggest opportunity to slow warming between now and 2040. We need to face this emergency,” IPCC lead reviewer Durwood Zaelke said in the paper.

In addition to disrupting negotiations Friday, activists are also passing out vegan hot dogs to delegates to protest lack of plant-based options available at the Bonn talks. They handed out more than 500 of these hot dogs on Thursday from a food truck at the conference entrance and were asked to move farther from the venue because sales of the mainly meat options inside had dwindled.

The Bonn climate talks are a bridge between last year’s COP26 in Glasgow, Scotland, and the upcoming COP27. They began June 6 and will conclude on June 16, according to the UNFCCC website.

The Future of Leather: How Pineapple Leaves, Cacti, and Mycelium Are Revolutionizing the Industry
Leather is everywhere – in our shoes, our purses and
By Linnea Harris
Lake Tahoe Town to Replace July 4th Fireworks With More Eco-Friendly Alternative
Fourth of July firework shows are getting harder and harder
By Olivia Rosane
Romantic Partners Can Influence Each Other’s Assumptions and Behaviors on Climate Change, Study Finds
Romantic partners can be the sounding boards for each other’s
By Cristen Hemingway Jaynes