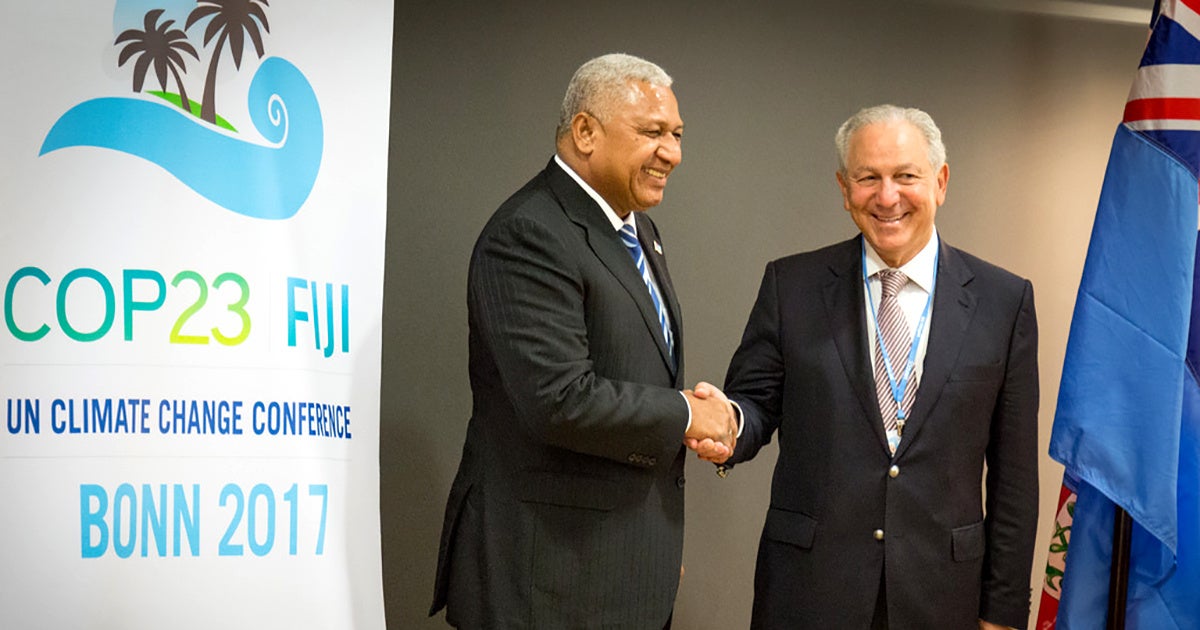 The 23rd annual Conference of Parties under the UN Framework Convention on Climate Change kicked off in Bonn, Germany Monday morning, as the world nations gather to discuss implementation of the Paris agreement.

The Trump administration’s June announcement that it intends to exit the agreement is set to complicate matters for the U.S. team in Bonn, as other nations resolve to continue negotiations with the U.S. on the sideline.

This year’s COP is run by Fiji—the first time a small island nation has hosted a COP—and the talks are expected highlight the impacts climate change is having now on island nations in the wake of multiple natural disasters.

Thousands gathered in Bonn and at a nearby surface mining site ahead of COP’s opening over the weekend to protest Germany’s use of coal and demand its phaseout.