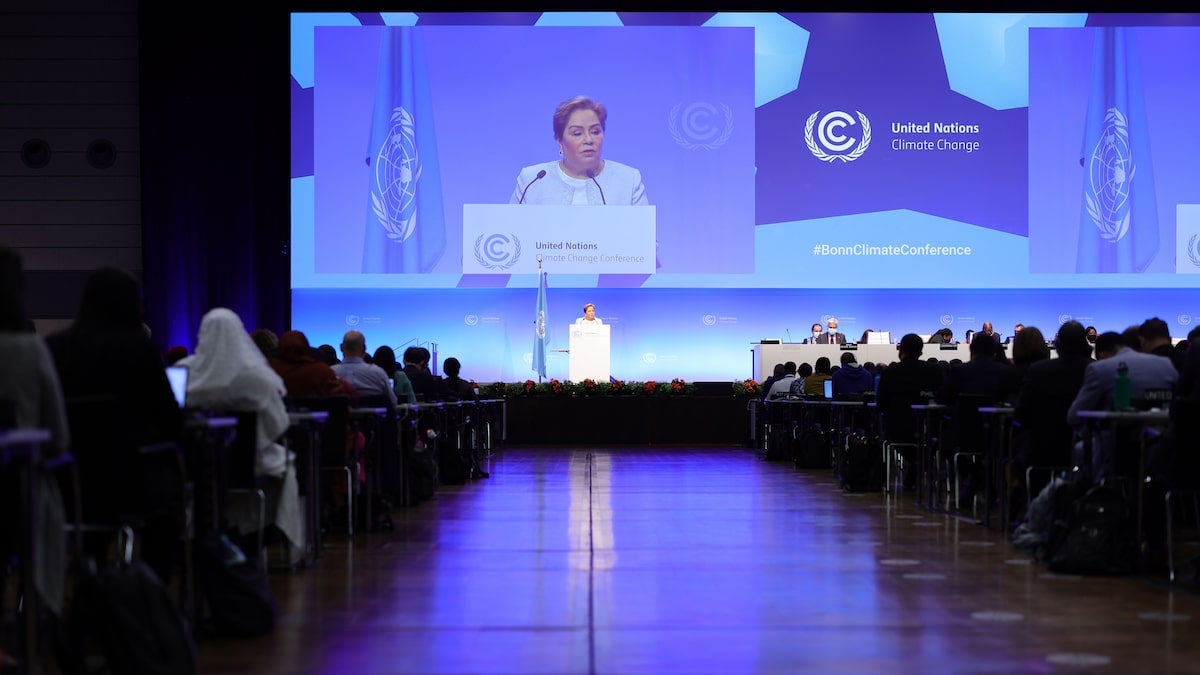 The injustice of the climate crisis is that the poorer nations that have done the least to pump greenhouse gas emissions into the atmosphere are the most vulnerable to its effects.

To account for this, developing nations want wealthier countries like the U.S. and Europe to pay for the “loss and damage” they are suffering due to climate change. However, the Bonn climate talks that wrapped yesterday have brought world leaders no closer to an agreement on how this should be done.

The U.S. is the country most responsible for historical greenhouse gas emissions, emitting more than 509 gigatons of carbon dioxide since 1850, or around 20 percent of the world total, according to an analysis from Carbon Brief. It is followed by China, Russia, Brazil and Indonesia, but Germany and the UK are also in the top 10.

Poorer nations want help paying for the consequences of a problem they say they didn’t cause, but wealthy nations are afraid of the potential price tag. At the end of the COP26 UN climate conference in Glasgow in November of 2021, the two parties reached a compromise, BBC News explained. Developing and island nations would accept a delay in resolving the loss and damage question in exchange for more immediate cuts to current greenhouse gas emissions. However, at the talks in Bonn, Germany, that were intended to act as a bridge between the COP26 conference and this year’s COP27 UN climate conference in Sharm El-Sheikh, Egypt, the issue of financial compensation was not added to the agenda.

“Rich countries, particularly the EU, spiked the discussion about loss and damage at every single turn,” Teresa Anderson of the campaign group ActionAid International told AP News. “Whether it was about setting up a new finance facility, providing funds, organizing technical support, or even just including the issue on the agenda for discussion at COP27 later this year, rich countries continued to block, block, block,” she added.

However, some observers pointed out that it had never been likely that major disagreements would be settled by the negotiators sent to Bonn.

“Many of the issues are above their pay grade,” Alden Meyer of environmental think tank E3G told AP News.

Still, some progress was made. Australia upped its emissions reduction pledge from 26 to 28 percent by 2030 to 43 percent by 2030. And steps were taken towards a “global stocktake” required by the Paris agreement to assess progress towards limiting global warming to 1.5 degrees Celsius above pre-industrial levels, The Guardian reported.

“While much work remains, parties have made progress in several technical areas here in Bonn. Such steps are a key part of negotiations and important to achieve our overall goals,” UN Framework Convention on Climate Change executive secretary Patricia Espinosa told The Guardian. “The world is moving closer to an overall shift towards implementation of the Paris agreement. Major political decisions, notably on finance for loss and damage, need to be taken at COP27. We now need to ensure that Sharm el-Sheikh will truly be the place where important promises of the Paris agreement are turned into reality.”