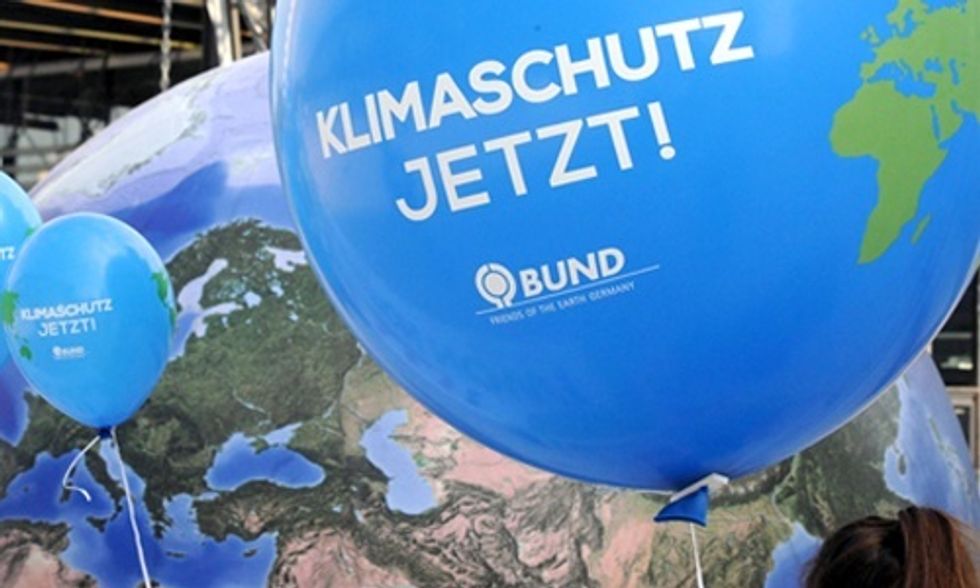 The latest round of climate talks in the German city of Bonn have ended with a failure to deliver common grounds for the negotiations at the UN climate summit in Paris at the end of this year.

The Paris talks, involving all UN member states, are meant to deliver a draft that could lead to a new world climate treaty to replace the expired Kyoto Protocol. But experts now fear that there will not be enough time left to see a major breakthrough.

He said: “If the negotiators keep up that slow pace, the ministers at the UN summit will get an unfinished paper that they will have to resolve with no time for reflection. The outcome will then most likely be an extremely weak new treaty that will not save the world from climate change.”

In Bonn, the Ad Hoc Working Group on the Durban Platform for Enhanced Action (ADP)—the body set up by the UN Climate Change Convention to devise a successor to the Kyoto Protocol—was asked to produce a paper for the Paris summit.

After a week of negotiations, they ended up with just a bunch of ideas and lots of unresolved obstacles.

“We cannot go on working on that basis,” says Sarah Blau, who led the EU’s delegation in Bonn. “We would love to start working on a new treaty, but all options have to be on the table. We have not reached that stage yet.”

Two major hurdles remain as the Paris deadline nears: climate finance and emissions cuts. Back in 2010, the world agreed on building up a Green Climate Fund to help developing nations to tackle the impacts of climate change. The developed nations promised to provide the fund with US$100 billion by 2020.

So far, only around US$10 billion is in that pot. So who will contribute how much? And by when? The diplomats in Bonn were unable to say.

On the emissions cuts, it is becoming increasingly obvious that the existing pledges are far from enough to keep the world below the 2°C level—the internationally-agreed safety limit to try to prevent runaway climate change.

So the developing nations are demanding regular updates and adjustments to the agreed emissions cuts every five years, to check whether the world is still on the right track. The EU disapproves of this, saying updates every 10 years are sufficient.

“We feel confident that our 40 percent CO2 target by 2020 is one of the most ambitious goals, and we do not see any need for more regular adjustments,” Blau says.

Martin Kaiser, head of the Greenpeace climate policy unit, says: “It would be a catastrophe if the new treaty froze the existing reduction targets and pledges. We do need more regular adjustments that respect the latest climate science outcomes and the development of renewable energies.”

The only progress in Bonn was the wider acceptance among UN member states of the need to write a long-term target into a new global climate treaty.

But it remains unresolved whether that should be a zero CO2 emissions target, a 100 percent renewable energy target, or just a repetition of the existing 2°C limit—which many climate scientists think should in any case be reduced to 1.5°C.

At the end of September, heads of state are due to meet in New York at the UN general assembly. In mid-October, there will be another preparatory meeting in Bonn, hoping finally to produce an agreed paper for Paris.

“We are definitely running out of time,” warns Christoph Bals, policy director at the NGO Germanwatch. “What we truly need now are clear signals from the ministers and heads of state ahead of Paris. Otherwise, the next UN climate summit is most likely to fail.”