A Bomb Cyclone Is One of Two Major Storms Walloping the U.S. Thanksgiving Week 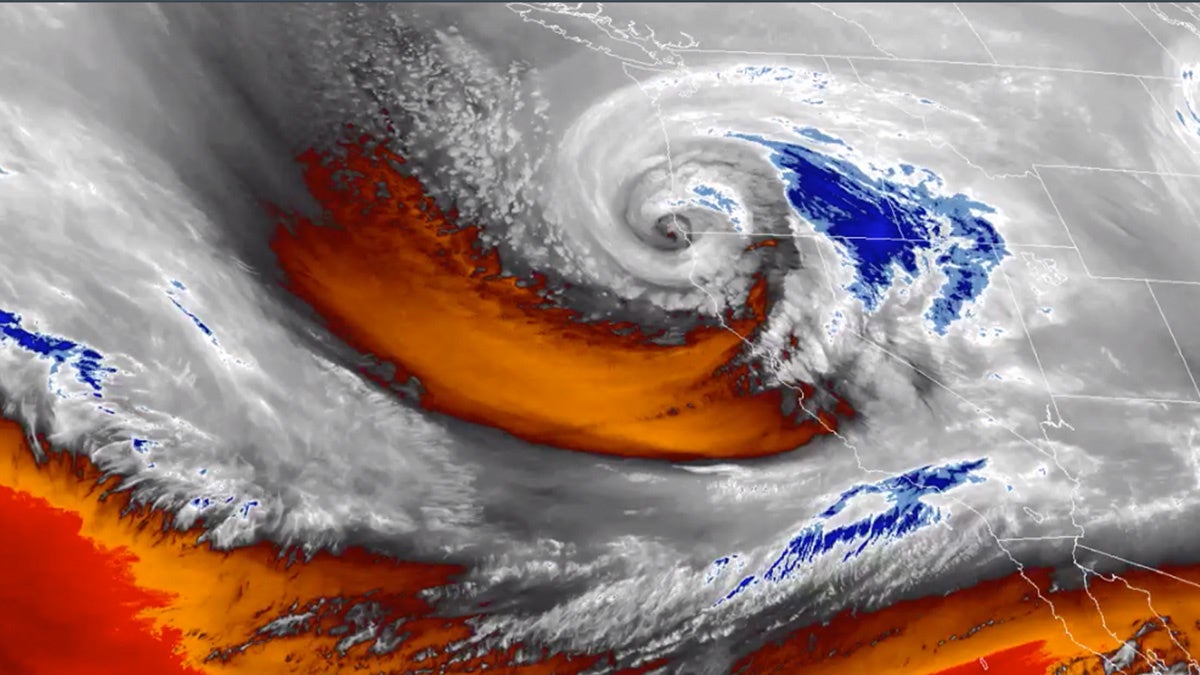 Two major storms are already walloping the U.S. in time for Thanksgiving.

A winter storm that has already killed one moved from Colorado, Wyoming and Nebraska into the Midwest Wednesday, while a “bomb cyclone” hit the Oregon coast Tuesday evening, according to an Associated Press story published by The Washington Post.

“This is an unprecedented storm given the track and strength and will bring very dangerous conditions to the area,” the National Weather Service (NWS) in Medford, Oregon, said of the second storm, according to USA Today. “High winds and heavy snow is expected to impact the area.”

A tale of two storms for Thanksgiving week. The first crosses the Central Plains into the Upper Midwest into Wednesday, bringing heavy snow and strong winds. The second comes ashore over Oregon tonight, spreading heavy snow, heavy rain and strong winds across the West. #WinterWx pic.twitter.com/S768vzSA9T

The first storm unleashed nearly three feet of snow on Colorado and led to one death and two injuries when a tractor-trailer collided with two trucks near Vail, Colorado, the Associated Press reported. It also forced the Denver airport to cancel around 30 percent of its flights.

The storm is expected to heap a foot of snow on a region stretching from the Plains, to the upper Mississippi Valley, to the upper Great Lakes and northern Maine, and could disrupt airports along the way, NPR reported.

It is also predicted to unleash wind gusts of more than 50 miles per hour in the Midwest and Ohio Valley region, according to NWS.

Wind from the storm system could even disrupt the Macy’s Thanksgiving Day Parade: its iconic balloons will have to be grounded if forecast 40-50 mile per hour wind gusts materialize, the Associated Press reported.

The second storm already set a record for the lowest pressure for the month of November Tuesday evening, when its central pressure bottomed out at 970 millibars, according to NWS.

“In general, the lower the pressure, the stronger the storm,” The Washington Post’s Capital Weather Gang explained.

The storm strengthened through a process called bombogenesis, when a cyclone’s pressure drops at least 24 millibars in 24 hours. Storms that accomplish this feat are referred to as “bomb cyclones.” Medford NWS staffer Tom Wright said the air pressure of Tuesday’s storm dropped even more quickly than that, according to an Associated Press story published by The Columbian.

The storm is now weakening, but it has already generated sustained winds of up to 85 miles per hour in parts of Oregon and up to 34 foot seas, according to the NWS. It has unleashed heavy rains on the coasts of Southwest Oregon and Northern and Central California and heavy snow in the mountains.

The OR/CA storm peaked pressure-wise with a central pressure of 970 hPa/28.64" at 7 pm PST before slowly weakening. Here are its impacts thus far: pic.twitter.com/U4uHH0CBVW

It has also led to the closure of roads in Southern Oregon because of downed trees and power lines and blizzard-like driving conditions, according to the Associated Press story published by The Washington Post.

“It’s blowing pretty good outside but because we’re right on the coast, everything was built to ensure the safety of people,” Northern California hotel manager Angela Smith told the Associated Press.

The climate crisis is increasing the risk of both winter storms and wind damage, according to Climate Signals.