‘This is a Sick Statement’: Brazil’s Bolsonaro, Under Pressure for Anti-Environmental Policies, Blames NGOs for Record Amazon Fires 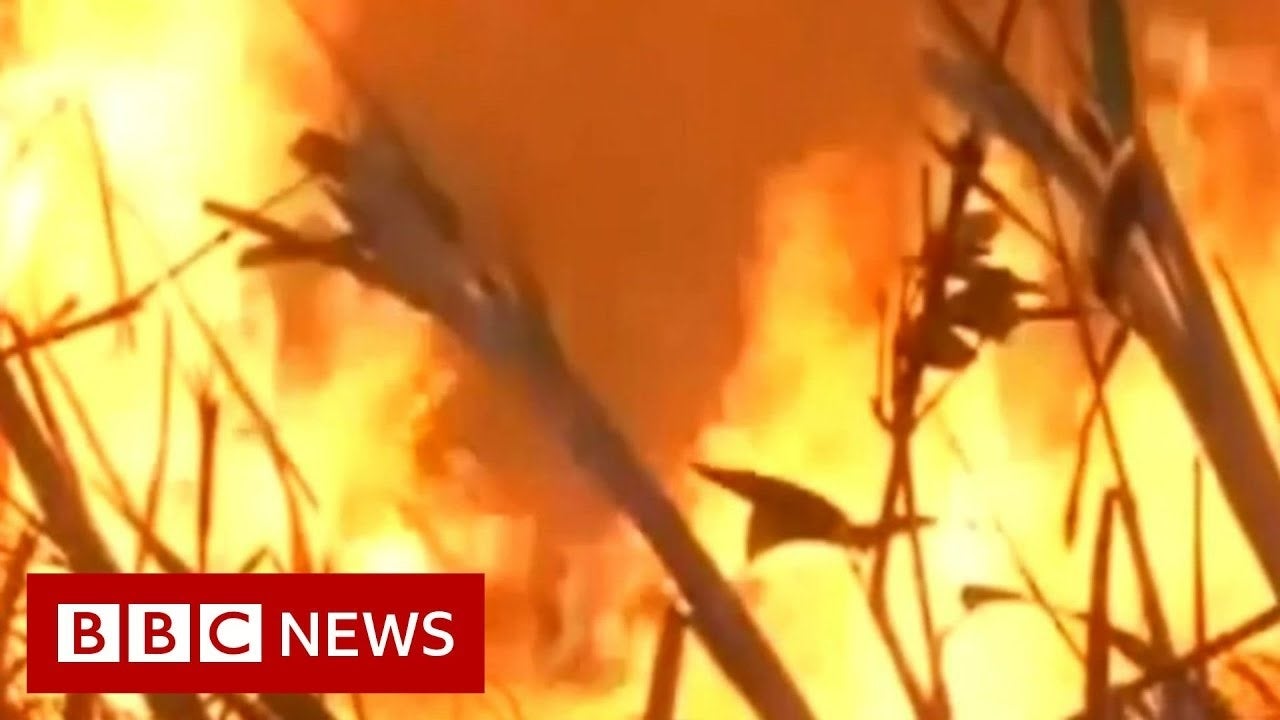 Brazil‘s right-wing President Jair Bolsonaro is giving President Trump a run for his money in the alternative facts department.

Responding to international outrage following the news that there are record numbers of wildfires burning in the Amazon rainforest, Bolsonaro tried to shift the blame away from his pro-business administration and onto an unlikely culprit: non-governmental organizations.

“Everything indicates” that NGOs were planning to set fires to the forest, Bolsonaro said on Facebook Live Wednesday, as Reuters reported. When asked if he had proof, he could not provide any, answering that he had “no written plan.”

Well this is something: Bolsonaro claims that Brazilian NGOs started the Amazon fires. He claims the NGOs are upset about losing funding from the closing of the Amazon fund – which Germany & Norway closed b/c of the new deforestation under Bolsonaro 🙄 https://t.co/Xl5pyvcbXg

Later the same day, he repeated the claims at a steel industry congress in Brasilia, The Guardian reported.

“On the question of burning in the Amazon, which in my opinion may have been initiated by NGOs because they lost money, what is the intention? To bring problems to Brazil,” he said.

Environmental groups, however, say that the fires are a result of deforestation encouraged by Bolsonaro’s policies. He has promised to open the Amazon to mining and agriculture, and that has encouraged farmers to start illegal fires in order to clear land. Local papers report that farmers emboldened by weaker enforcement are even organizing “fire days” in some regions, according to The Guardian.

“This is a sick statement, a pitiful statement,” Greenpeace Brazil Public Policy Coordinator Marcio Astrini told Reuters of Bolsonaro’s remarks. “Increased deforestation and burning are the result of his anti-environmental policy.”

The fires came to global attention this week when Brazil’s space agency announced that the number of fires burning in the year since Bolsonaro took office were up more than 80 percent when compared with the year before. On Wednesday, the hashtag #PrayforAmazonas was the No. 1 trending topic on Twitter worldwide.

yall tweeting “pray for brazil” talking about “the Amazon is burning 💔” & seem to think it’s a natural disaster!the Amazon is being SET on fire by big agribusiness. indigenous land is being INVADED & destroyed with the support of our climate change denying “president” Bolsonaro.

Experts attribute the fires to deforestation because this year has not been particularly dry.

“In the previous years [wildfires] were very much related to the lack of rain, but it has been quite moist this year,” ecologist Adriane Muelbert told National Geographic. “That leads us to think that this is deforestation-driven fire.”

Farmers and ranchers start fires to clear forest for soy or grazing land, but the fires then catch and spread. If this continues, ecologist and National Geographic Explorer-at-Large Thomas Lovejoy explained to the nature magazine that it could have devastating consequences for the rainforest, and for the world:

Lovejoy describes a cyclical system in which deforestation fuels forest loss, making the region drier, spurring even more deforestation. Much of the rain in the Amazon is generated by the rainforest itself, but as trees disappear, rainfall declines. Experts worry that this downward spiral could increasingly dry out the forest and push it to a point of no return, where it more resembles savannah than rainforest.

“The Amazon has this tipping point because it makes half of its own rainfall,” says Lovejoy. That’s why, he says, “the Amazon has to be managed as a system.”

Not only would such a change endanger the 40,000 species of plants, 1,300 species of birds, 430 mammals and 400 to 500 indigenous communities that call the Amazon home, it would also make it harder to fight the climate crisis. The world’s largest tropical rainforest is an important store of carbon, absorbing millions of tons of emissions per year.

Given the global stakes, it’s no wonder that Bolsonaro has come under international scrutiny for his policies, as The Guardian explained. Both Germany and Norway recently suspended donations to the Amazon Fund, and there is pressure for the EU to block a trade agreement with Brazil and other countries in South America.