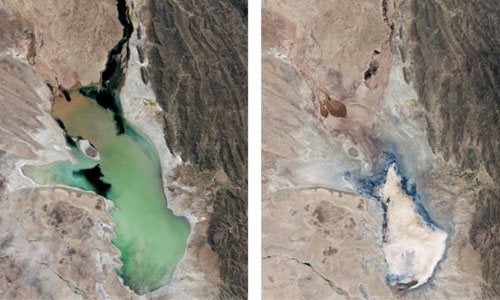 Researchers from Utah State University found that the Beehive State’s Great Salt Lake has shrunk by 48 percent since 1847. Meanwhile, Lake Poopó, Bolivia’s second-largest lake, is died up and may be beyond recovery. 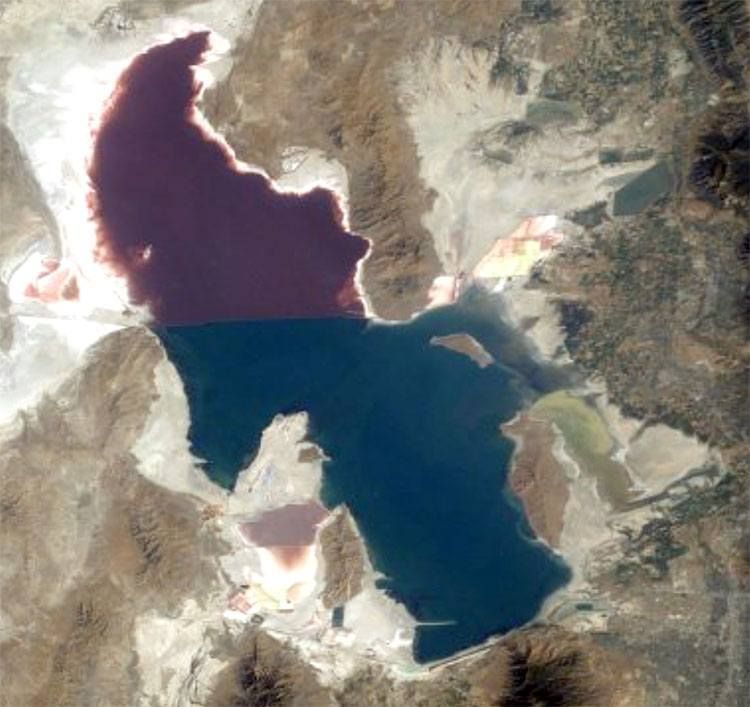 The Utah State researchers published their findings last month in a white paper, Impacts of Water Development on Great Salt Lake and the Wasatch Front. They warned that the Great Salt Lake may follow in the footsteps of some of the world’s salt lakes, such as the Aral Sea in central Asia or California’s Owens Lake, which have almost entirely disappeared.

“There’s no doubt about it, Great Salt Lake is shrinking,” Wayne Wurtsbaugh, lead author on the paper, said. “Though we’ve witnessed droughts and floods in recent decades, impacts of water diversions have decreased the lake’s level by 11 feet.” 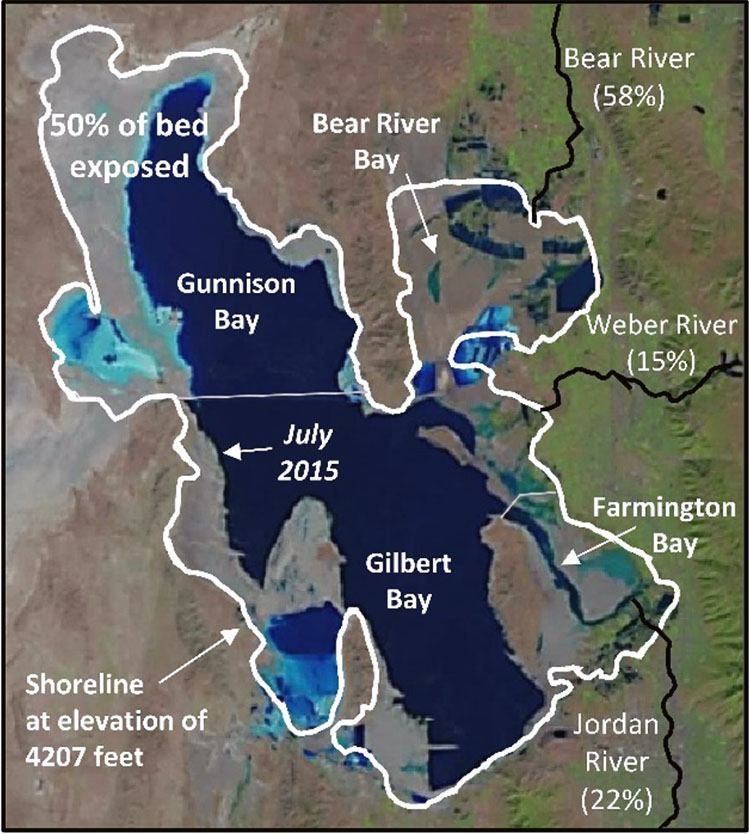 Great Salt Lake showing its major bays and  the relative contribution (%) of each of the major river  inflows. The white line shows the lake margin at its  average natural elevation of 4,207 feet and the July  2015 NASA photograph shows the lake at near record‐ low levels, exposing half of the lake bed. Map credit: Utah State University

The authors blame overconsumption, particularly agriculture, which consumes 63 percent of the water in the Great Salt Lake Basin.

“Loss of water in the lake threatens its unique ecology, along with the wildlife and industries that depend on the lake’s ecosystem services,” Wurtsbaugh said. “Further, lowering lake levels increase dust pollution, which worsens the health effects of the Salt Lake City area’s already serious air pollution problems.” 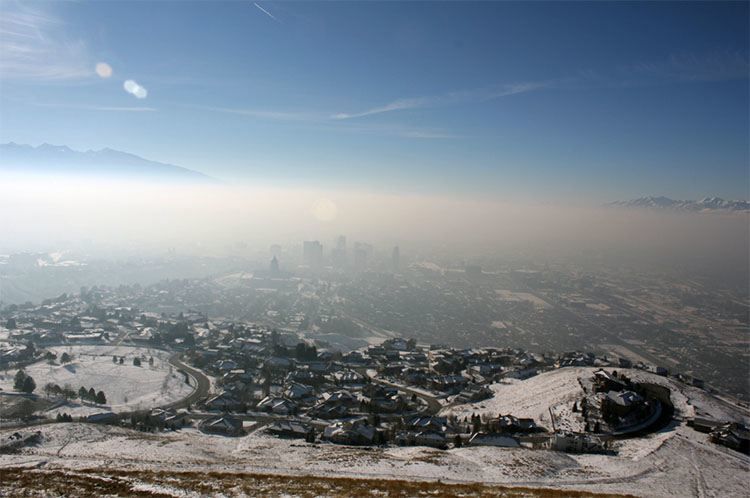