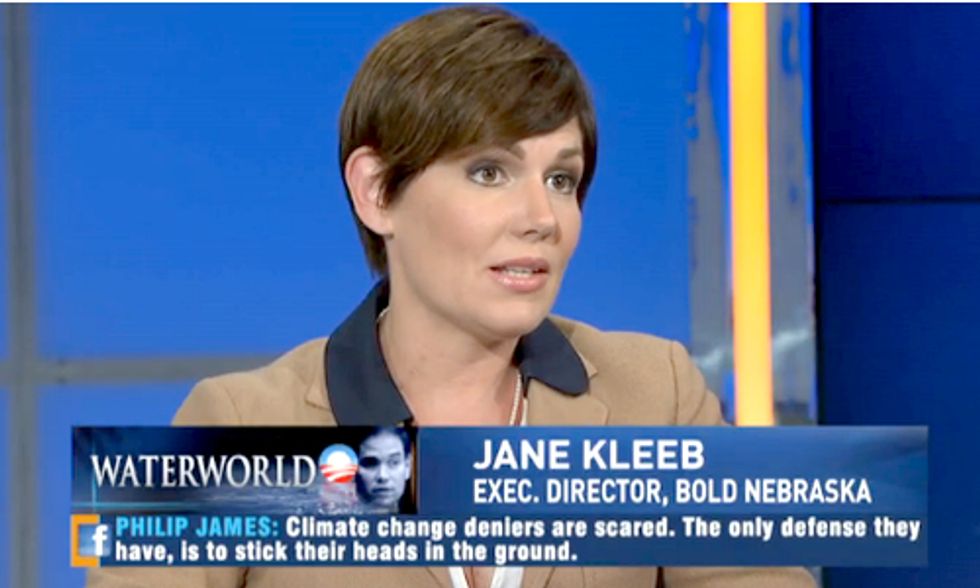 With a decision on Keystone XL postponed indefinitely, Jane Kleeb is busy advocating and campaigning against the pipeline proposal. Still, she took a few minutes out of her day for the recent rash of climate change deniers.

The Bold Nebraska director appeared on MSNBC's Ed Show this week to explain why legislators across the country see it fit to challenge scientists and admit that they aren't actually qualified to do so in the same sentence.

When guest host Michael Eric Dyson, an author and professor at Georgetown University, asked why so many Republicans are minimizing the impact of greenhouse gas emissions, Kleeb provided a simple and honest answer.

"I would hate to say that it's this simplified, but it is—a vast majority of their political donations come from big oil, big gas and big coal," she said. "We've got to start kind of realizing that they are talking not for their constituents, not for carbon pollution that's consuming the communities in their areas, they're speaking for the people who are lining their pockets. It's really that simple."