3 Reasons the Mail on Sunday’s Climate Claims Are Bogus 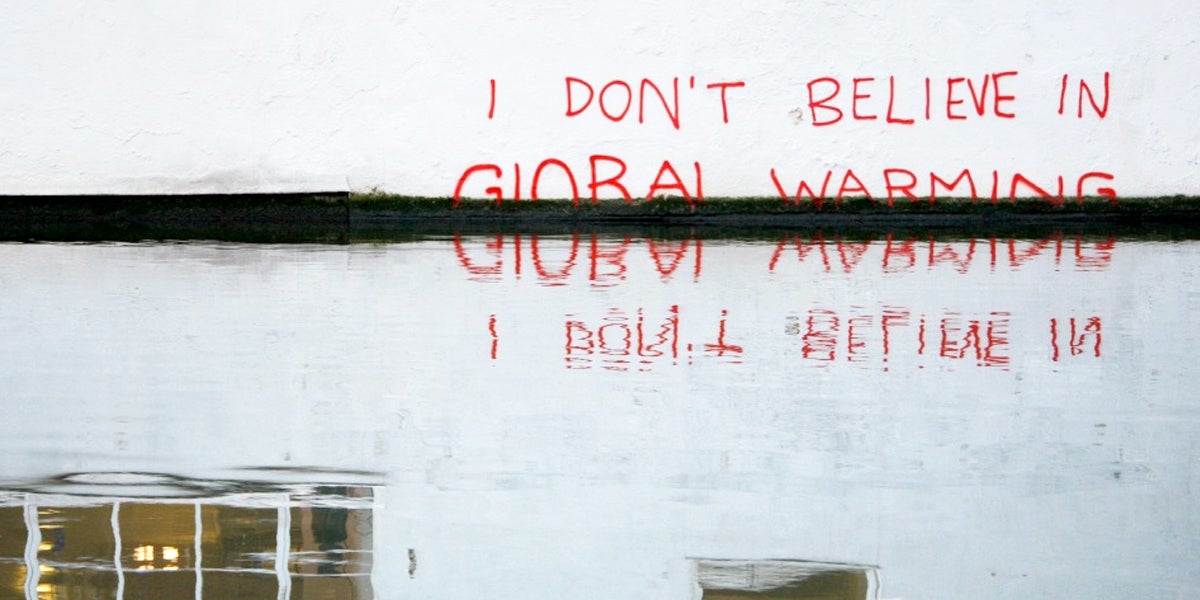 By Kelly Levin and Rhys Gerholdt

The climate denier engine is revving up again. Last weekend an article in the Mail on Sunday attempted to cast doubt on the strength of climate science. It’s now been taken up by the U.S. House Science Committee, which has been prone to promoting more climate denial than sound science in recent months. The news article doesn’t just misinform; it is not grounded in facts.

Why we should never get over the U.S. House Science Committee's Breitbart tweet: @EcoWatch https://t.co/uhNh24yRCF #climate

At issue is a ground-breaking 2015 article in the journal Science by scientists from the National Oceanic and Atmospheric Administration (NOAA) that showed the alleged “pause” in global warming during the first years of the 21st century never happened. The peer-reviewed article by NOAA’s Thomas Karl and colleagues found the so-called “warming slowdown” was not substantiated by updated data. In fact, temperatures continued to rise after the year 2000 at about the same rate as they had since 1950.

The article in the Mail on Sunday was based on a blog post by retired NOAA researcher John Bates and claimed the Science article was rushed into publication to influence the December 2015 Paris agreement and that it was based on research that had not gone through a proper vetting process. The author of the Mail on Sunday news article, David Rose, has a history of publishing sensationalized articles that respected scientists have found to be false and misleading.

In the following, we summarize three main reasons that the Mail on Sunday article is inaccurate:

1. Multiple Lines of Evidence Confirm There Was No “Pause” in Global Warming

The Science article builds on a large body of research, including many other datasets that validate the main finding that there has been no “pause” in global warming through the latter part of the 20th and early 21st century. Zeke Hausfather and colleagues published an article in Science Advances which verifies the NOAA datasets, comparing them to independently collected records created from high quality instruments (buoys, satellite radiometers and Argo floats). Other researchers have come to the same conclusions.

While the Chairman of the House Science committee cited Bates’ blog post as proof that NOAA played “fast and loose with data,” Bates flatly refuted that in an interview with E&E, saying this “is not an issue of tampering with data.”

The Mail on Sunday article includes a chart that appears to show a differential in data between NOAA and the Hadley Centre for Climate Prediction and Research in the United Kingdom. However, as Hausfather points out, this effect is almost entirely due to using two different baselines to create the appearance of inconsistency. When this discrepancy is corrected, the difference in recent years—the core of Rose’s argument—vanishes.

Hilarious screw up by @DavidRoseUK and #FailOnSunday
1st picture is 'evidence' of misconduct, 2nd shows diff when baselines are correct. pic.twitter.com/R5VsqqlNHr

3. The Science Article Was Not Rushed and the Paris Agreement Was Not Dependent on Any One Study

The article in Science met the publication’s rigorous review requirements and the authors made their data available to other researchers. Of course, the scientific community has a long-established process for disputing published findings. If there are really issues with a scientific study, they should be explored through the peer review process. In this case, multiple peer-reviewed studies independently validated the article’s findings. The editor-in-chief of Science has made it clear that publication of the study was not rushed and he calls this accusation “baseless and without merit.”

Moreover, the Paris agreement on climate change was not based on one study. It was built upon years of negotiations, drawing on a mountain of research from the scientific community. To say that achieving the Paris agreement was due to one scientific article being published months before the negotiations commenced is to discount decades of work by thousands of scientists and policymakers around the globe. By the time negotiators reached Paris, 188 countries had already submitted national climate plans. The idea that this study prompted countries to overcome lingering doubts about the science defies logic. Today the media outlet Climate Home reached out to 10 climate envoys and ministers involved in the Paris climate summit and found that “no one said this report made an iota of difference to its result.”

The foundation of climate change science is built on a large body of work and our understanding of the basics of climate change goes back more than 150 years. Climate deniers will continue to spread misinformation, but we cannot run from the fact that the world is warming. Without a sustained response, the impacts will undoubtedly get far worse.