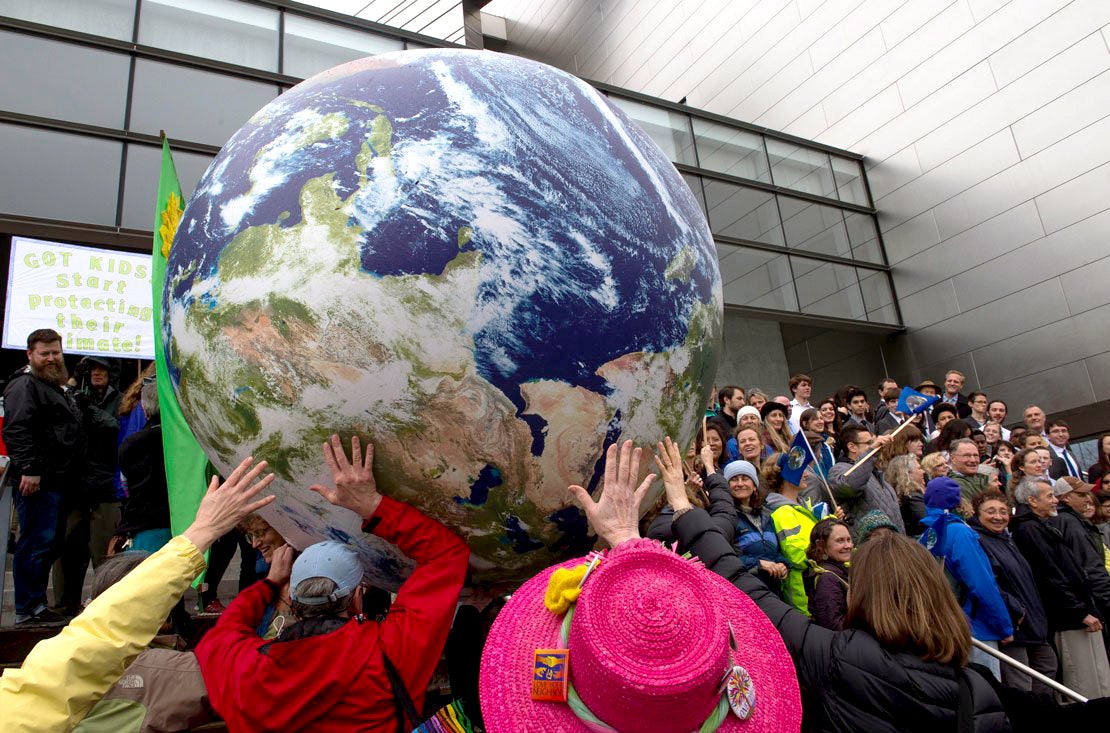 On behalf of youth climate activists who secured an unprecedented court order directing the Washington State Department of Ecology to issue a rule regulating greenhouse gas emissions by the end of the year, attorneys Andrea Rodgers and Julia Olson submitted comments asking the Department of Ecology to bring its proposed Clean Air Rule into compliance with the law and the court orders obtained in the case. As part of their comments, the youths presented the department with a blueprint on how to put Washington on a path towards climate stability. 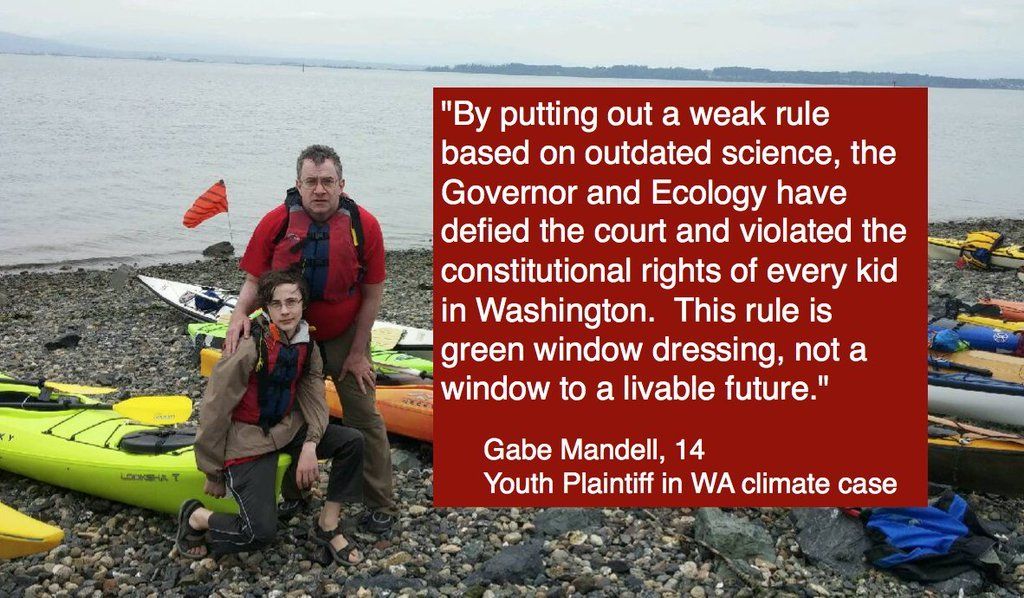 The youths’ comments lay out how the Department of Ecology proposed Clean Air Rule would unlawfully allow dangerous levels of greenhouse gas emissions, ensuring infringement of the rights of young people and future generations to a livable planet under the public trust doctrine, affirmed in our watershed Washington state court case. The best available science shows that to protect Earth’s natural systems on which humankind depends, long-term average global surface heating must be limited to 1 C and atmospheric carbon dioxide must be returned to 350 parts per million (ppm).

Top climate scientists and policy experts who submitted declarations for the case supporting the youths’ comments have found that to achieve 350 ppm, carbon dioxide emissions must be reduced by at least eight percent annually, combined with additional carbon sequestration actions. Yet the Washington State Department of Ecology’s proposed Clean Air Rule is designed to reduce the state of Washington’s emissions by only one percent per year, falling far short of doing what is scientifically required for Washington to do its part to achieve climate stability.

“We cannot continue to base life and death policies on politics rather than science,” Andrea Rodgers, attorney for the youths, said. “The science and the law overwhelmingly support stricter emission reductions than Ecology recommended in its proposed Clean Air Rule. This generation of policymakers is the only one that can ensure our children can grow to adulthood safely. They have the science and the power of the law behind them and we hope they will heed the call to protect the rights of young people.”

The proposed Clean Air Rule regulates only a very small segment of greenhouse gas sources over a certain threshold (beginning at 100,000 metric tons of CO2 equivalent starting in 2017 and leading to 70,000 metric tons of CO2 equivalent in 2035). With this structure, the department would authorize continued emission of greenhouse gases by all entities under those thresholds.

In addition, the proposed rule illegally delays compliance for several sectors and contradicts the Department of Ecology’s own findings that urgent action is needed to draw down greenhouse gas emissions. The proposed rule’s compliance threshold arbitrarily stops decreasing after 2035 and relies upon a flawed state greenhouse gas reporting program.

“Inslee’s proposed rule would lock in unacceptable levels of pollution and catastrophic harm to the young people of Washington,” Julia Olson, executive director and chief legal counsel for Our Children’s Trust, said. “By legalizing emissions at dangerous levels, this proposed rule places the public’s survival at serious risk. Ecology is bound by law to ‘preserve, protect and enhance the air quality for current and future generations.’ We need courage and leadership right now, not half-baked plans.”

This youth-led legal effort is one of several similar state, federal and international actions, all supported by Our Children’s Trust, seeking the legal right to a healthy atmosphere and stable climate.