Want to Live to 100? Try These 4 Food Habits From the Blue Zones 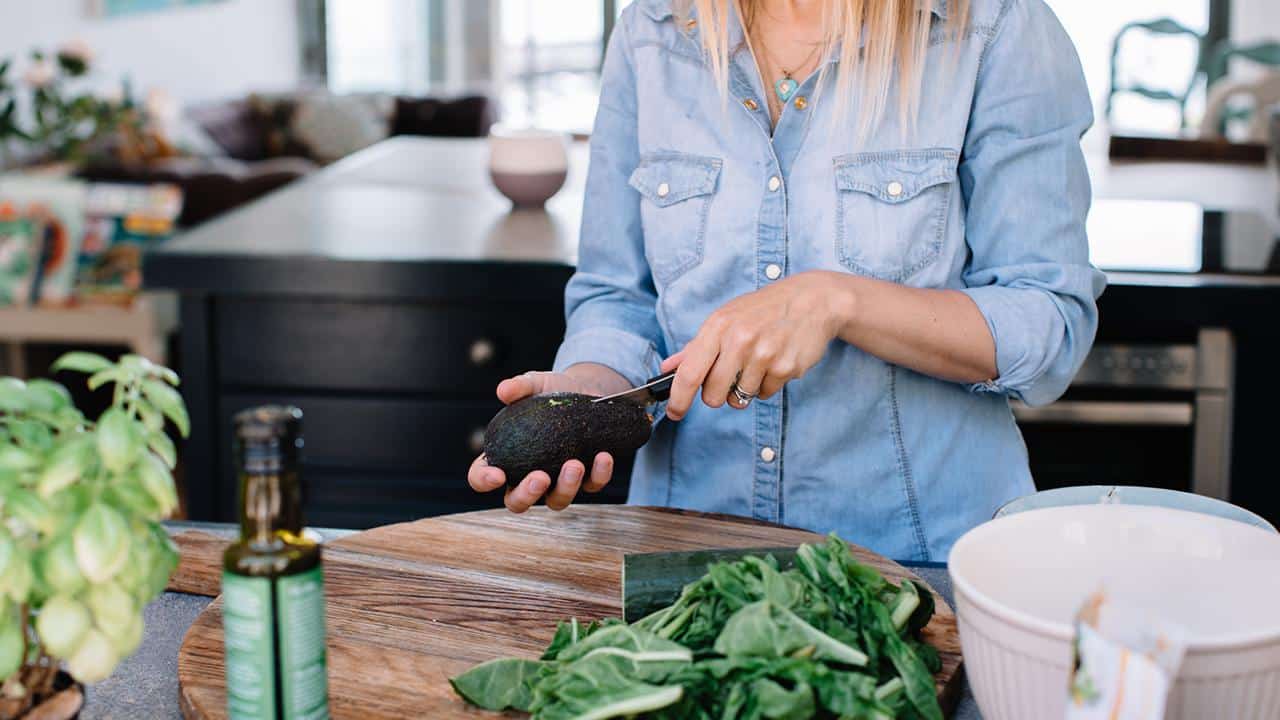 Everyone thinks about the fountain of youth now and again. How do we make life last longer, and, more importantly, how do we make sure that life is quality throughout the years?

People in the Blue Zones may have the answer — and some of it has to do with their diet. It’s not just what they eat, but how much and when. They stop eating when their stomachs feel about 80 percent full, which helps to avoid weight gain. They eat their smallest meal of the day in the late afternoon or early evening, and don’t eat again after that. They eat a lot of beans and other plants. They don’t avoid meat, they just eat it sparingly, as part of their lifestyle. They even drink wine in moderation, up to a couple of glasses a day.

People in these regions not only live longer, they enjoy enjoy their life to its fullest, and what they are putting in their bodies goes a long way, according to research. So, what food habits will help you make it to a healthy 100 years old?

People in Blue Zones aren’t necessarily vegan or even vegetarian, they just … don’t eat a lot of meat. They get their protein from other sources: tofu, soy, beans, fish. When they do eat meat, the portions are very small: 2 to 3 ounces. To compare, if you went to a restaurant and ordered a steak, the smallest size is 6 ounces. Meat simply isn’t the centerpiece of the meal the way it is in the United States, and that improves longevity, so look into meat substitutes. Remember, it’s not a structured rule against meat. It’s easier to change your diet naturally rather than through rules and regulations. 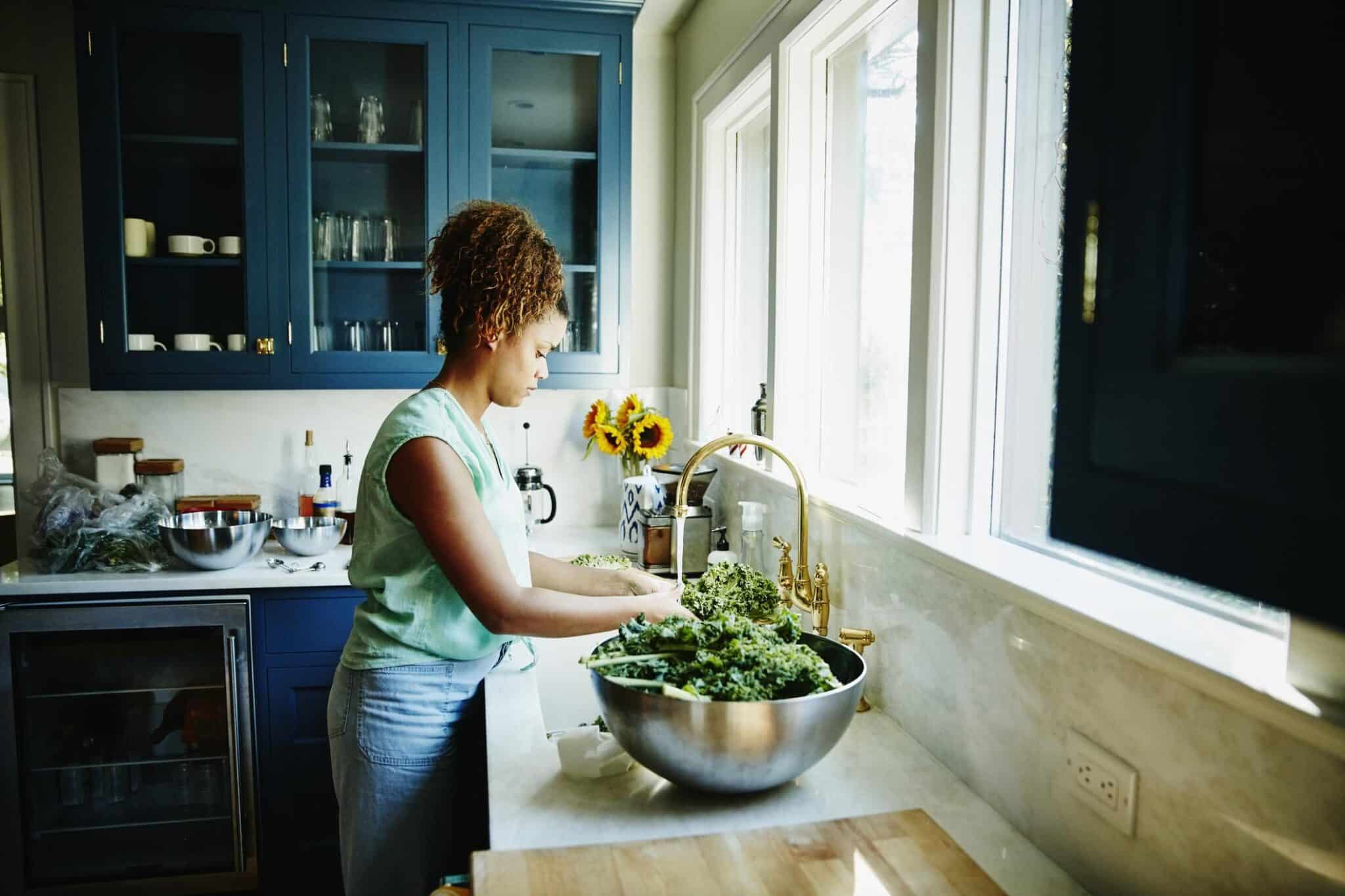 Without the beef, pork and chicken, you might find some extra space on your plate. Fill it up with vegetables or plant products. People in Blue Zones have a diet that is 90 percent plant-based. There are many plants that have high protein content, including beans, greens, yams and sweet potatoes, fruits, nuts, and seeds. To keep up enough protein throughout the day, try keeping a mix of nuts and seeds to snack on. Almonds are high in vitamin E and magnesium, walnuts have the only omega-3 fat found in plants, peanuts have a lot of B vitamin and Brazil nuts and cashews round out the health benefits with selenium, folate and magnesium.

In addition to these hearty plants, dark green leafy vegetables like spinach and kale help reduce free radicals in the body, and can help prolong life. Not only that, but studies have shown that people eating cooked greens have sharper cognition and memory function as they age.

3. Leave the dairy behind.

While Americans have gotten their calcium and protein from dairy products like milk and cheese for centuries, people living in the Blue Zones consume very little cow dairy. They get these same nutrients from the plant-based diet we already talked about. For instance, one cup of cooked kale or half a cup of tofu gives us just as much calcium as a glass of milk.

The dairy products people in Blue Zones do consume come from sheep and goats, rather than cows. They are also mostly fermented rather than liquid milk — like yogurt and cheese and sour cream.

4. Beans get their own bullet point. While we mentioned them under plant-based, beans are so important to Blue Zone diets that they get their own detailed explanation. People in the Blue Zones eat more than four times the amount of beans than a typical American does. Eating a half cup a day will fulfill most of your vitamin and mineral needs.

Beans are high in fiber, which helps the body replenish probiotics for gastrointestinal health. They are also filling, so you won’t feel as hungry for processed sugars and carbohydrates. Don’t get the wrong idea, beans are 77 percent carbohydrates, but those are natural, complex carbs, the energy building blocks we all need. They contain more than 20 percent protein and very little fat. Studies show that eating 20 grams of beans a day reduced risk of death by 8 percent. Don’t know how to increase the bean consumption in your life? You can puree them to thicken soups or sauces, or just whip up any one of these dozens of recipes.

Eating like you live in the Blue Zones could extend your life, no matter where you currently reside. More importantly, you’ll be healthier and happier during your later years, and your body will thank you.

Darlena Cunha is a freelance writer and a professor at the University of Florida, with degrees in communications and ecology.