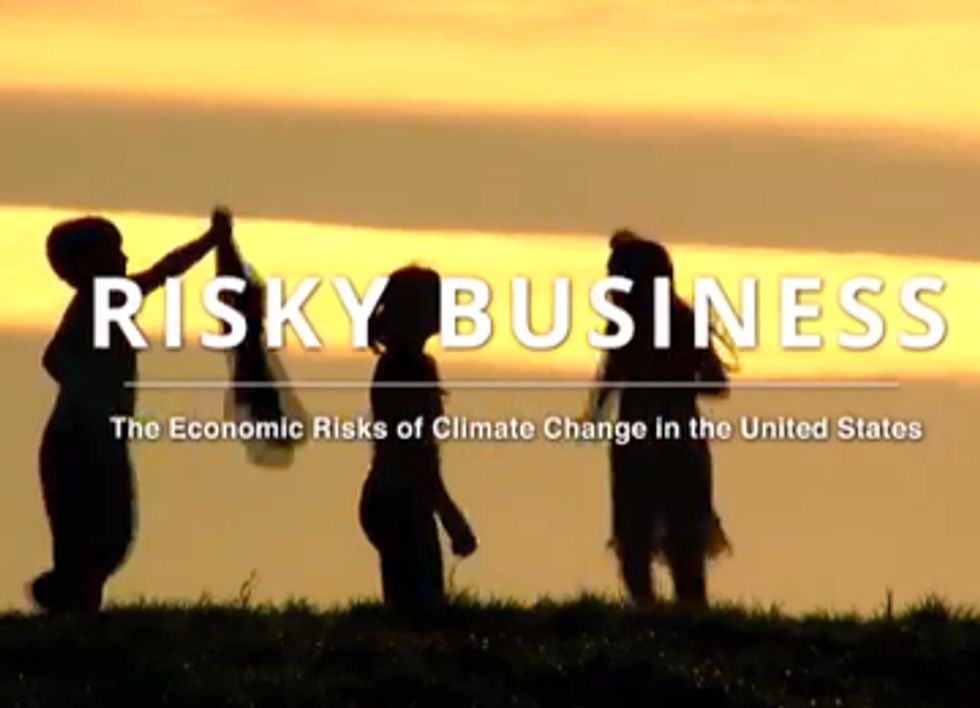 Three very different men are uniting philanthropic efforts to form the Risky Business initiative, a new coalition that seeks to illustrate the impact of climate change on the U.S. economy.

“In sectors across our economy—finance, health, agriculture, national security—it’s standard practice to evaluate and quantify potential risks before making important investments,” said Kate Gordon, executive director of the Risky Business initiative and vice president of the energy and climate program at Next Generation. “But we haven’t yet done that when it comes to climate change, even though we’re seeing more and more climate impacts every day. Through the Risky Business project, we intend to solve that problem.”

“The best science tells us that extreme weather events may become more frequent,” said Mayor Bloomberg. “To better protect our whole country we need a national risk assessment that will accurately assess the costs of these events.”

The initiative will work to persuade investors, policy makers and the public that the consequences of unchecked carbon emissions would eventually blow away whatever short-term costs are involved in curbing the pollution, according to Bloomberg News. The costs of global warming are already mounting as the planet undergoes a geophysical shift so profound it is altering coastlines, producing unprecedented extreme weather events and decimating cultivable land.

From jobs to crop harvests to environmental destruction, climate change risks are pervasive across the economic sector. Risky Business will help leaders across the American economy prepare for the financial and social impacts of the extreme weather events exacerbated by climate change.