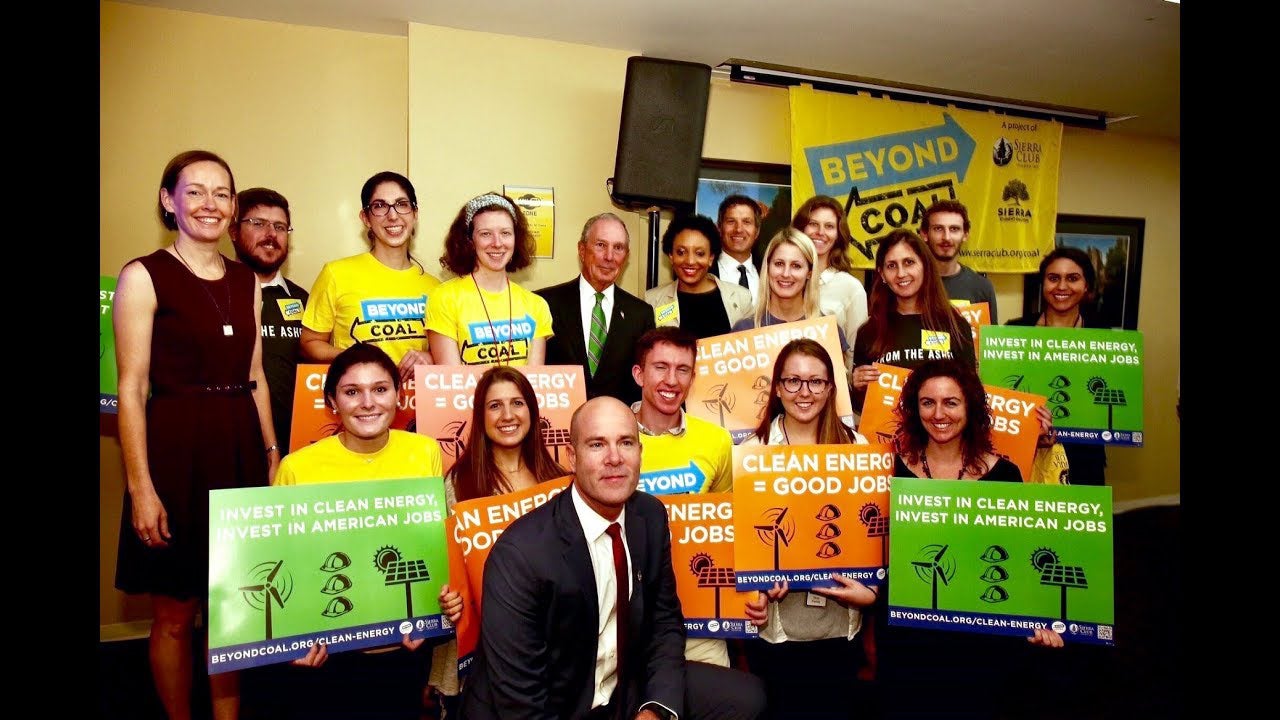 Bloomberg Philanthropies has already given $110 million to the Sierra Club‘s Beyond Coal campaign, which aims to help shutter two-thirds of U.S. coal-fired power plants by 2020. Despite Scott Pruitt‘s proclamation earlier this week that the CPP rollback means the “war on coal is over,” market forces don’t seem to have gotten the memo.

This week, major utilities across the country affirmed that they would continue to move away from coal-fired power; a Texas utility confirmed plans to shutter a San Antonio coal-fired power plant; a coal operator announced it would idle a western Kentucky mine; and the government gave hundreds of thousands of dollars to the Navajo and Hopi tribes in preparation for the likely closure of the coal-fired Navajo Generating Station.

“Bloomberg declared his actions Wednesday as a ‘war on coal,’ embracing a term Republicans use to attack clean-energy advocates, saying that the Trump administration and Environmental Protection Agency (EPA) chief Scott Pruitt are wrong to say that the war is being fought mainly in Washington, D.C.

‘These are the groups that are fighting the war on coal, and it’s happening all across America, and they are winning,’ Bloomberg said of the groups receiving funds from his Bloomberg Philanthropies organization.

‘The war on coal is a fight for America’s health, for our economy and our environment, and our competitive place in the world. And it’s a fight we’re going to win, no matter what anybody in Washington says,’ he said.

‘This is to save American lives and save the American economy. This is our future, and going in the wrong direction is just needlessly inflicting pain on all of us, and it has to stop.'”