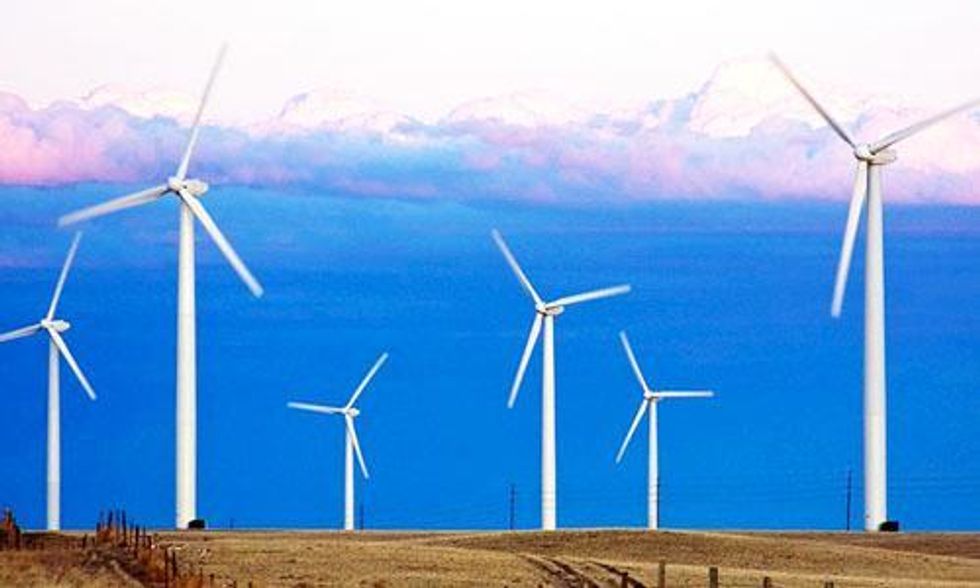 Wind and solar power are "much more competitive" against dirty energy sources than they were even just a few years ago, according to a detailed global analysis published this week.

In fact, according to the findings from the research company Bloomberg New Energy Finance (BNEF), wind power is now the cheapest electricity to produce in both Germany and the UK, even without government subsidies. Though Denmark passed the same milestone last year, this is the first time that threshold has been crossed by a G7 economy.

The analysis took into account not just the cost of generating a megawatt hour (MWh) of electricity, but also the upfront capital and development expenses, the cost of equity and debt finance and operating and maintenance fees.

Still, given documented trends, "it's impossible to brush aside renewables in the U.S. in the same way it might have been just a few years ago," writes Bloomberg's Tom Randall.

Indeed, while the future for renewables looks bright, the outlook for coal and other dirty energy sources is decidedly more dismal—and bound to become even more so.

Already there is evidence of this shift taking place. Citigroup on Monday announced a new policy to cut its lending to the global coal mining industry—a development hailed by environmental groups as an acknowledgement that "the scale of the challenge posed by climate change calls for the financial sector to transition away from financing high-carbon energy sources in addition to scaling up financing for low-carbon energy."

"With Bank of America, Crédit Agricole and now Citigroup withdrawing support for coal mining, this announcement shows major momentum away from financing coal by the banking sector," said Lindsey Allen, executive director of the Rainforest Action Network, which campaigns for banks to cut ties with the coal industry. "But reducing credit exposure is only a partial step forward. We urge Citigroup and Wall Street laggards such as Morgan Stanley to cut all financing ties to both coal mining and coal-fired power."

To that end, Rainforest Action Network and allied groups are planning a day of action this Friday targeting Morgan Stanley, which conducted half a billion dollars worth of coal deals in 2014, financed $1.2 billion for the largest coal fired power plant operators in the world last year and continues to finance mountaintop removal coal mining.

Dropping dirty fuels is just good business, said Michael Brune, executive director of the Sierra Club, in a statement to the Washington Post on Tuesday.

"Clean energy solutions like wind and solar are getting more affordable and more accessible by the day, meaning they are increasingly the smartest long-term financial investments for utilities and other electricity producers across America," he said, responding to the BNEF report. "The transition to a clean energy economy is going full speed ahead and pushing dangerous, dirty fossil fuels to the back of the line."