How Blockchain Technology Could Transform the Food Industry 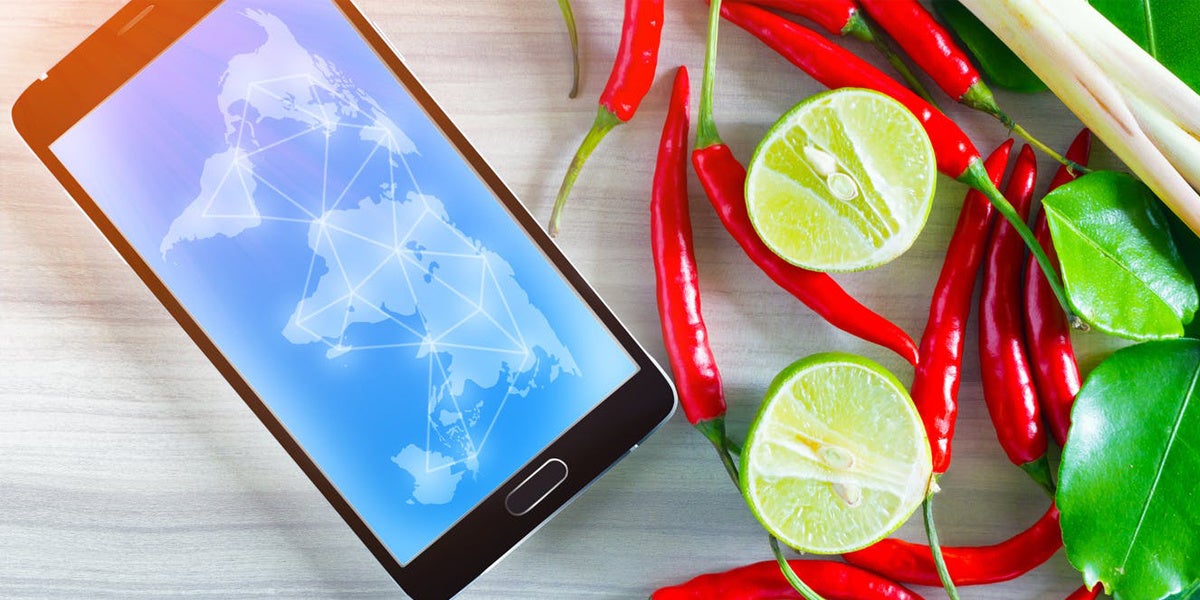 Blockchain technology could solve food safety and fraud by enabling immediate traceability to the point of origin. Shutterstock

There has been a lot of noise on cryptocurrencies and Bitcoin of late. While some suggest cryptocurrencies are a fraud, others believe them to be the next biggest economic revolution the world has seen since the internet. Bitcoin has brought to light blockchain technology, which offers great potential for food safety and verification in the agrifood sector. Yet it is far from being the panacea for a range of issues affecting the industry—at least for now.

Simply put, blockchain technology is a way of storing and sharing information across a network of users in an open virtual space. Blockchain technology allows for users to look at all transactions simultaneously and in real-time. In food, for example, a retailer would know with whom his supplier has had dealings. Additionally, since transactions are not stored in any single location, it is almost impossible to hack the information.

For consumers, blockchain technology can make a difference. By reading a simple QR code with a smartphone, data such as an animal’s date of birth, use of antibiotics, vaccinations and location where the livestock was harvested can easily be conveyed to the consumer. 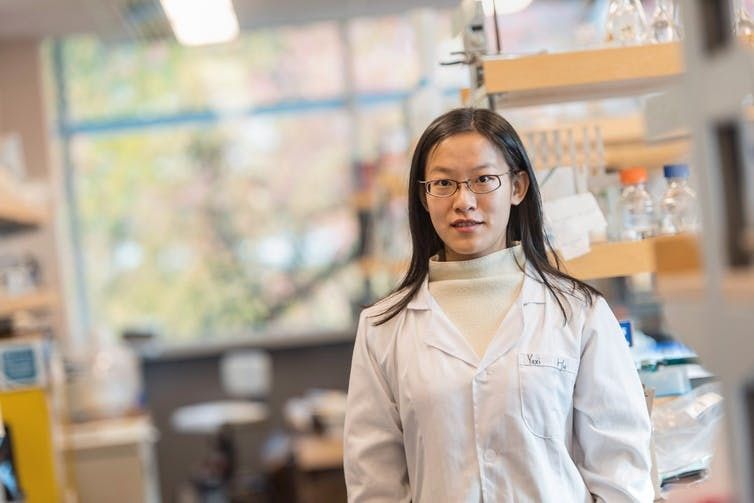 Yaxi Hu, a researcher at the University of British Columbia, developed a test to identify foreign animal parts in ground beef in 2016. Blockchain technology could help to improve the process of tracing food to its origin in real-time, greatly reducing the need to test the product. The Canadian Press / Handout, Paul Joseph / UBC

Blockchain makes a supply chain more transparent at an all-new level. It also empowers the entire chain to be more responsive to any food safety disasters. Massive organizations such as Nestlé and Unilever are considering blockchain technologies for that reason.

Walmart, which sells 20 percent of all food in the U.S., has just completed two blockchain pilot projects. Prior to using blockchain, Walmart conducted a traceback test on mangoes in one of its stores. It took six days, 18 hours and 26 minutes to trace mangoes back to its original farm.

By using blockchain, Walmart can provide all the information the consumer wants in 2.2 seconds. During an outbreak of disease or contamination, six days is an eternity. A company can save lives by using blockchain technologies.

Blockchain also allows specific products to be traced at any given time, which would help to reduce food waste. For instance, contaminated products can be traced easily and quickly, while safe foods would remain on the shelves and not be sent to landfills.

However, it will work only if the data at the source is accurate, as current practices in the industry are much more open to human error. Much of the compliance data is audited by trusted third parties and stored either on paper or in a centralized database. These databases are highly vulnerable to informational inaccuracies, hacking, high operating costs and intentional errors motivated by corruption and fraudulent behavior.

Blockchain operates anonymously, so mistakes would be traceable to individual culprits. Considering recent food-fraud scandals in Canada and elsewhere, this feature is not trivial. Blockchain technology provides a method with which records are kept permanently.

Most importantly though, it facilitates data-sharing between disparate actors in a food value chain. Many retailers have sold fraudulent food products unknowingly. With the use of blockchain, those days could come to and end.

Blockchain will allow everyone to be paid more quickly, from farm to plate. Farmers could sell more quickly, and be properly compensated as market data would be readily available and validated.

Blockchain technology could represent a legitimate option for farmers who feel compelled to rely on marketing boards to sell their commodities. The use of blockchain could prevent price coercion and retroactive payments, both of which we have seen across the food supply chain.

Blockchain technologies could “Uberize” the agrifood sector by eliminating middlemen and lowering transaction fees. This can lead to fairer pricing and even help smaller outfits desperate to get more market attention.

Our current traceability systems need work, and blockchain technologies could be the evolution they need. Given its architecture, blockchain technology offers an affordable solution to both small-to-medium enterprises (SMEs) and large organizations. However, there are noteworthy limitations.

The agrifood arena is filled with secrets. Blockchain technology as it is currently being deployed would be problematic for many food companies. For many, blockchain is just a solution looking for a problem. Simply put, some companies, like Walmart, have more power and influence over other companies within the same supply chain.

In addition, blockchain is really in its infancy and most people are uncertain about its potential. The innovation in blockchain architectures, applications and business concepts is happening rapidly. It’s a decentralized, open-source organism which is challenging to grasp for many, including governments.

In food, innovation is always desirable until it becomes real. Once it manifests itself, guards go up. Some organizations are moving ahead while others wait to see what happens. The marketplace is currently fueled with confusion due to the Bitcoin phenomenon, which is labelled by many as being irrational and ridiculous. Cryptocurrencies allow for transactions to occur while using blockchain technology, but it remains just an option.

Nevertheless, the most important challenge for blockchain technology remains participation. All parties must adopt the technology in order for it to work. In food distribution, not all companies are equal and some can exercise their power more than others.

A successful integration of the blockchain requires the engagement of all participating organizations. Walmart’s blockchain will likely be successful because it’s Walmart. But thousands of companies do not have the same clout.

Blockchain technology in agrifood has potential but it needs work. Industry public leaders should embrace blockchain as an opportunity and should be added to a digitalization strategy currently affecting the entire food industry. Transparency, productivity, competitiveness and sustainability of the agrifood sector could be enhanced.

Nonetheless, research should look at how to generate evidence-based blockchain solutions to democratize data for the entire system before we get too excited.