How Blockchain Can Democratize Green Power 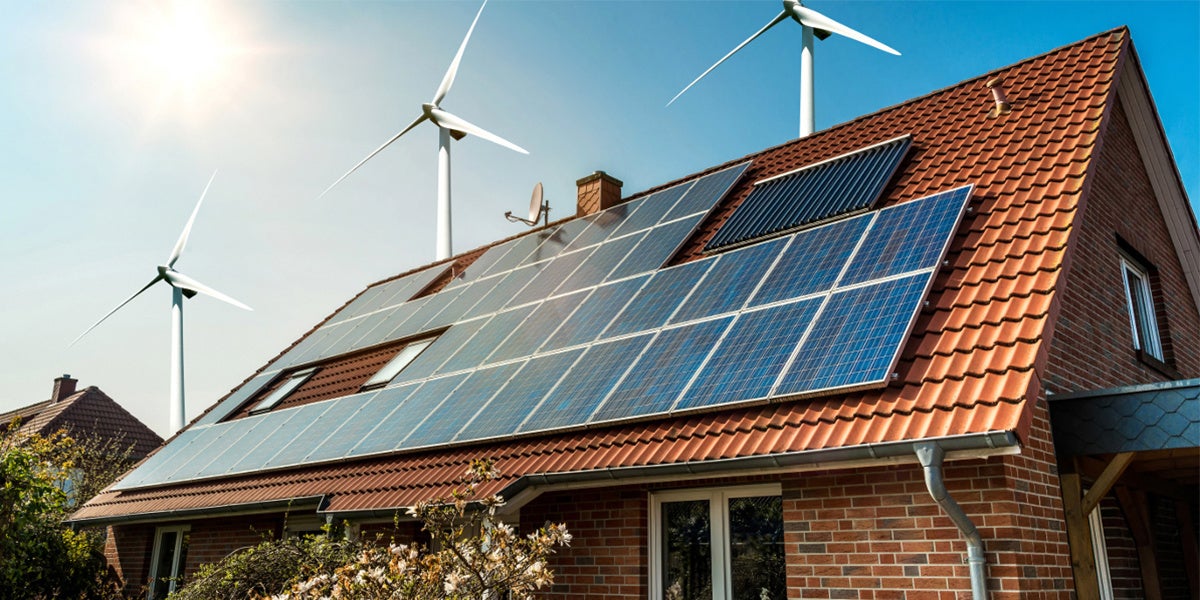 Imagine buying a solar panel from a hardware store, mounting it on your roof, then selling the green electricity you produce at a price you set.

Is this even possible? Some companies certainly think so. These startups are harnessing the power of blockchains to democratize green power.

Before you can understand how blockchains are part of the solution, you first need to know a few things about the green electricity market.

Today, independent auditors assess renewable energy producers and certify their electricity as “green.” These producers can then sell Renewable Energy Certificates (RECs) to consumers who want to buy green energy.

This is how corporations such as Apple and Google can say they are 100 percent green. They aren’t generating their own green electricity, but rather purchasing certificates from green-energy producers.

Of course, the actual energy they use is not always green. As long as every unit of energy they consume matches up with a purchased REC, green energy is displacing carbon-intense energy. A market for RECs creates a strong signal for investment in green electricity generation.

Some companies do power some or all of their operations using Power Purchase Agreements (PPAs). This commits them to purchasing a certain amount of energy at a certain price from renewable-energy producers over time-scales of about 20 years or so. PPAs reduce risk for generators by guaranteeing return on investment, thus creating a strong motivation for long-term investment in green generation.

Both of these approaches, however, discriminate against small generators of green electricity.

The certification process for RECs is cumbersome and expensive, with physical audits, so it doesn’t make sense for mom-and-pop green generators. Similarly, PPAs can only be negotiated by large green generators.

For these two reasons, small-scale green generators must make do with whatever price their local utility pays them. This price can be volatile due to meddling by legislators as well as by the utilities themselves. Thus, small generators are exposed to higher levels of risk than bigger players.

What if we could reduce the cost of certification, eliminate onerous auditing and avoid non-market price controls, so that even a small-scale green generator could de-risk investments?

This is what companies such as PowerLedger in Australia and LO3 Energy in Brooklyn provide. They use blockchains to store generation certificates that are created by tamper-proof meters attached to solar panels.

These blockchains also store transaction records when the certificates are traded, so that the same unit of generation cannot be resold. By eliminating auditors, transaction costs and price regulation, this solution makes renewable-energy investment attractive even for small players.

Unfortunately, this approach has a scaling problem.

Today’s blockchains cannot support the addition of more than a few hundred certificates or trades (we’ll call them both “transactions”) per second. This is because blockchain servers need to agree on the contents of each block, despite server and communication failure and the presence of malicious servers. This is the well-known and difficult “consensus problem.” Because of this problem, the scale needed to support hundreds of millions of solar panels is beyond the reach of current blockchain technology. 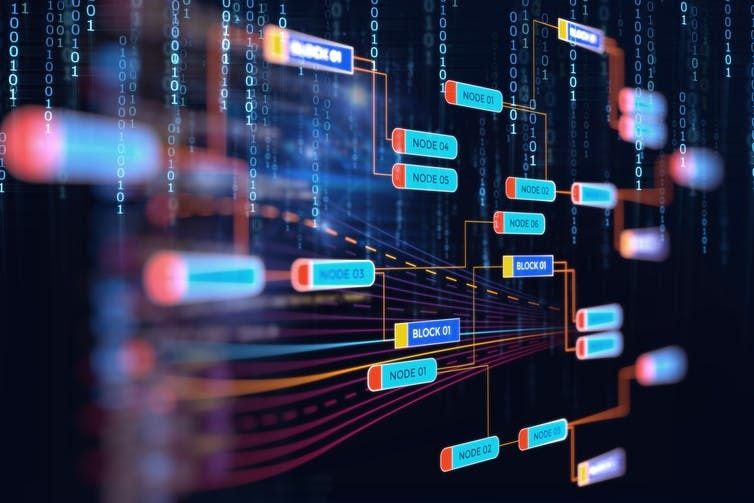 Blockchains can store generation certificates linked to green energy, but are currently unable to handle the volume that would be produced by a large-scale deployment of solar panels.Shutterstock

My colleagues at the University of Waterloo have recently devised a new solution to the consensus problem called Canopus.

Canopus takes a server’s location on the internet cloud into account, minimizing communication between geographically-distant servers. By keeping most communications local and fast, blockchain servers can process far more transaction records each second than a traditional consensus protocol that doesn’t take location into account. This improvement in scaling allows even mom-and-pop green generators to obtain certificates and participate in energy transactions.

One Million Transactions Per Second

We are currently building a prototype blockchain using Canopus that we hope will handle more than one million transactions per second. In our solution, smart meters attached to solar panels send RECs to brokers. Consumers can purchase these RECs using their own brokers.

If successful, our work will encourage homeowners and small businesses to invest in renewable energy technologies to become green generators. It would also encourage Ontario’s electricity consumers to become 100 percent green, just like Apple and Google.

Indeed, since blockchain knows no boundaries, our system could allow green generators in sun-drenched developing countries to recoup their investment in green generation by selling RECs to consumers around the world. Of course, this requires placing blockchain servers in every region of the world, but this is easily done using existing datacenter infrastructure.

This would reduce the global carbon footprint, and would be more efficient—thus less costly—than deploying solar panels in sun-poor northern countries.

Blockchains Are for EVs Too

The development of a scalable, tamperproof and globally accessible energy blockchain would enable other energy transactions.

Emissions-free electric vehicles (EVs) allow consumers to use electricity instead of gasoline to meet their transportation needs. While consumers get incentives to purchase EVs, they receive none to operate them. 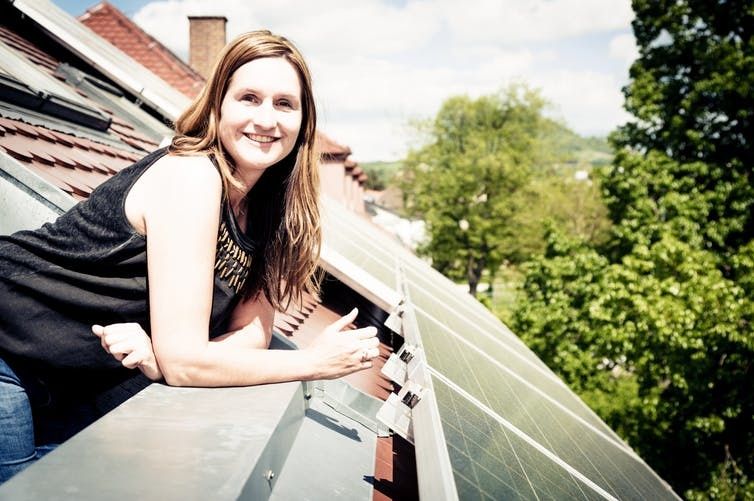 Blockchain makes it possible to reward EV owners for operating their EVs, or providing ancillary services to utilities, making the vehicles more affordable. EV owners could be further rewarded if they charged their cars with green electricity.

Although the technology for building scalable blockchains will soon exist, one problem is that some jurisdictions, including Ontario, give local distribution companies tight control on integrating green generation to ensure grid stability.

While this is certainly necessary, there is no intrinsic need for green generators to be tied into a provincially mandated pricing plan such as the microFIT scheme. The province should allow generators to sell their electricity to the highest bidder, just like any other producer.

We also need to build, deploy and critically evaluate small-scale prototypes of blockchain-based transactive-energy systems so that we can learn by doing.

As solar and wind costs continue to drop and energy storage technologies reach maturity, it is becoming possible to turn away from carbon-intense electricity generation and gasoline vehicles.

Democratizing the deployment of these technologies using scalable energy blockchains will, we hope, accelerate this important societal transformation.