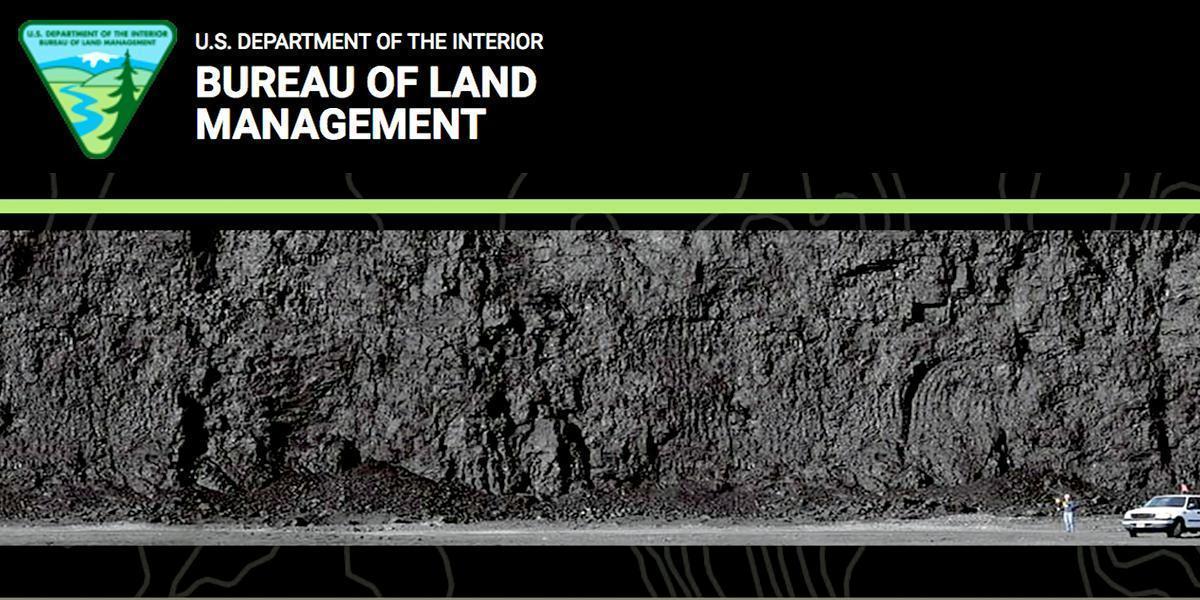 This week, the Bureau of Land Management (BLM), which operates more than 200 million acres of public land, made a statement by changing the banner image on their website from a vast mountain range to a massive coal seam in Wyoming—staking an obvious claim in the Trump administration‘s campaign to bring coal and other industry jobs back to the U.S.

The change comes just days after the president granted his entire salary since being in office, about $78,000, to the National Park Service, which is under the same umbrella as the BLM, both managed by the Department of the Interior. The Sierra Club was quick to point out that this sum was minuscule compared to the budget cuts Trump has proposed on the Interior, which will amount to a 12 percent slash in funding, or about $2 billion overall.

“If Donald Trump is actually interested in helping our parks, he should stop trying to slash their budgets to historically low levels,” said Sierra Club executive director Michael Brune. “This publicity stunt is a sad consolation prize as Trump tries to stifle America’s best idea.”

The BLM manages streams and rivers, hiking trails, oil and gas fields, and coal mines. The shift from green mountains to dingy coal on their website might signify, therefore, that the little funding they have left will go to the latter. BLM spokesperson Jeff Krauss said, however, that the new image is simply part of an IT redesign, which allows for rotating photos of the many public lands BLM manages.

The hype surrounding the switch comes as no surprise, as the BLM has been a political target for decades. Under President George W. Bush, the organization received backlash from environmental groups for approving the expansion of oil drilling on public lands. More recently, the organization has been slammed by Standing Rock activists for similar moves on the Dakota Access Pipeline.

In February, the Trump administration completed the largest lease sale of oil drilling rights in years—128 parcels, mostly in Wyoming, for $129.3 million. So it seems, whether it’s coal or mountains, that the BLM is just following government orders.