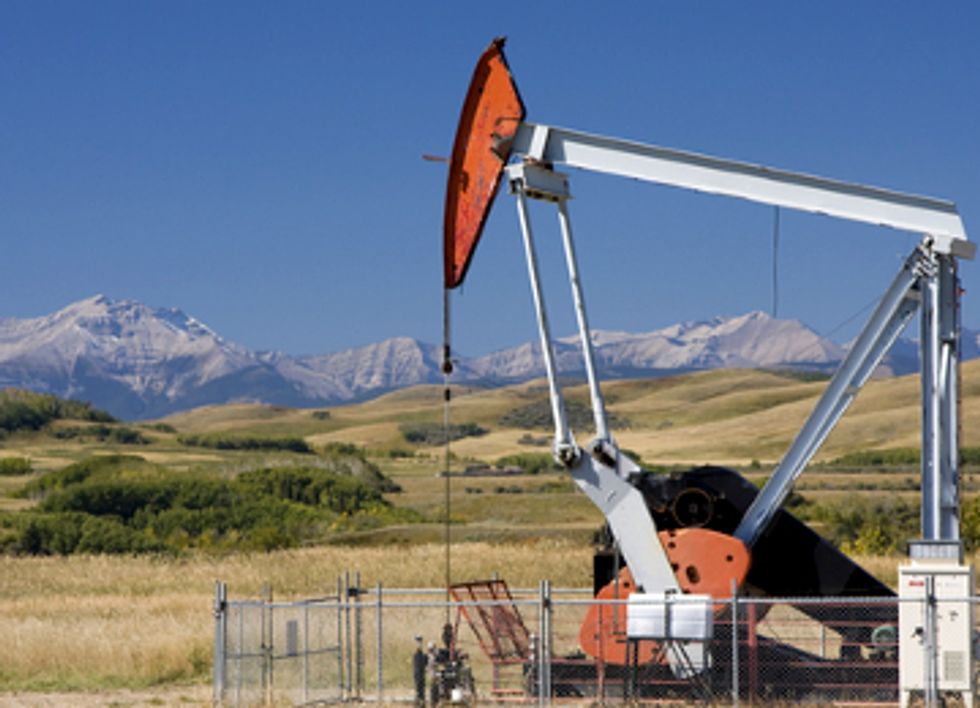 The Bureau of Land Management (BLM) and four conservation groups today announced that the BLM will reexamine the air pollution potential of 34 oil and gas projects involving more than 1,300 wells proposed on Colorado’s Western Slope. The agency will also—for the first time—establish and maintain a publicly-accessible Internet tracking system for federal drilling permits in its Colorado River Valley Field Office.

These important steps to protect public health and Colorado communities are the basis for the settlement of a lawsuit that the conservationists brought to address oil and gas-related impacts in Garfield County and the surrounding area.

“We’re pleased that BLM is reconsidering these projects and finally addressing the smog and toxic air pollution they cause,” said Earthjustice attorney Michael Freeman. “This settlement will allow the agency and the public to better protect the health of Coloradans, and to preserve the remarkable scenic vistas in our state.”

Oil and gas development has become a major contributor to air pollution in the inter-mountain west. Parts of Colorado now violate federal ozone standards, largely because of drilling. Ozone (smog) is linked to respiratory and heart problems and increased mortality for children and the elderly. Oil and gas development also has contributed to the degradation of visibility in parts of western Colorado.

In the settlement, the BLM agrees to conduct analysis as required under the National Environmental Policy Act (NEPA) of the air pollution generated by the 34 projects. By taking another look at the drilling, completion and operation of those projects, the agency will allow decision makers and the public to understand the impacts the over 1,300 wells could have on air quality, public health and visibility. Until the BLM completes that analysis, no new drilling permits implementing these projects will be approved.

“BLM can’t effectively protect air quality unless it knows how much pollution it is approving,” said Peter Hart, staff attorney at Wilderness Workshop. “But the Colorado River Valley Field Office approved more than a thousand wells without any air quality analysis at all. This settlement halts that practice.”

The settlement further requires the BLM to establish a well permit tracking system on its website for the Colorado River Valley Field Office. Previously, the Field Office had approved numerous permits without keeping track of the NEPA analyses on which they relied. Under the settlement, the BLM will establish a tracking system that discloses the total number of approved drilling permits in the field office and the NEPA document covering each permit.

In addition, the agency has agreed to post pending applications for permits to drill on its Field Office website for public review. Such online notice represents a major improvement over the BLM regulations, which only require that such applications be posted on the wall of the field office.

“These steps will open up BLM’s permit approval process to the public,” said Will Roush, Wilderness Workshop interim executive director. “Interested citizens can more easily get the information they need to have a say in that process.”

The June 2011 federal lawsuit settled by this agreement was brought by the public interest environmental law firm Earthjustice on behalf of Wilderness Workshop, the Natural Resources Defense Council, The Wilderness Society and the Sierra Club. That case, Wilderness Workshop v. Crockett, challenged the BLM’s practice of approving oil and gas projects in the agency’s Colorado River Valley Field Office without first analyzing the air pollution they would cause.

For several years, the BLM relied on a 2006 environmental impact statement for the Roan Plateau to grant approval for dozens of drilling projects in Garfield County. Unfortunately, that NEPA document did not actually address the impacts of the projects being approved.

As a result, the BLM never considered the air pollution that could be caused by the more than 1,300 wells in those projects. Today’s agreement corrects the error and grants the agency a second chance to make decisions that protect public health, scenic vistas and the human and natural communities of Colorado’s West Slope.

"This settlement is a solid first step towards holding the natural gas and oil industry responsible for the air pollution it causes while drilling and fracking," said Deb Nardone, director of Sierra Club's Beyond Natural Gas Campaign. "Taking a hard look at the air pollution that results from drilling will further demonstrate why the federal government should be focusing on clean energy rather than climate disruptive fossil fuels."

Visit EcoWatch’s ENERGY and AIR pages for more related news on this topic.