BLM Sends Three Colorado Drilling Projects Back to the Drawing Board, But Fails to Properly Review 30 Other Projects 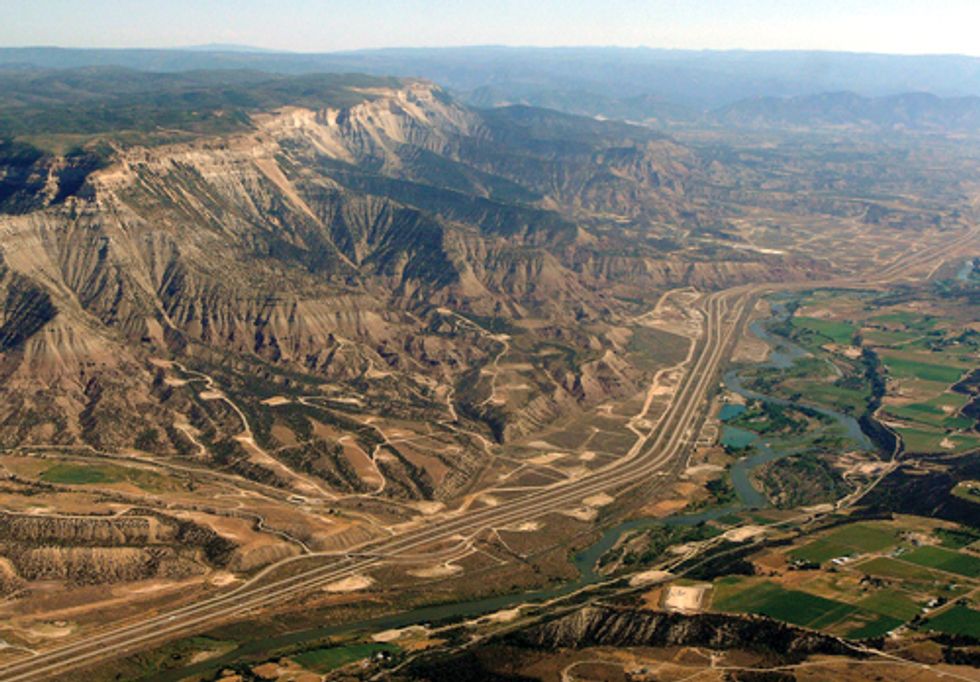 The Bureau of Land Management (BLM) moved Tuesday for a “voluntary remand” of three oil and gas drilling projects in Garfield County Colorado near the Roan Plateau. The agency plans to conduct additional analysis under the National Environmental Policy Act (NEPA) of the air pollution caused by the projects. BLM claims it will not approve additional drilling permits implementing the projects until it completes its additional analysis.

The three projects, authorizing nearly 400 oil and gas wells, have been challenged in federal court by conservation groups represented by the public interest law firm Earthjustice. In June 2011, Wilderness Workshop, Natural Resources Defense Council, The Wilderness Society and Sierra Club filed the case, Wilderness Workshop v. Crockett, alleging that BLM violated NEPA by approving oil and gas projects without conducting any environmental analysis of the air pollution they would cause.

BLM’s move, however, fails to address the much larger problem targeted by the lawsuit. The three projects represent only a few examples of a broader practice in which BLM has approved at least 33 drilling projects—involving thousands of wells—with no air pollution analysis.

“We’re pleased that this case led BLM to acknowledge that the approval of these projects was illegal,” said Earthjustice attorney Alison Flint. “But these three projects are just the tip of the iceberg. BLM has refused to do anything about dozens of other oil and gas projects in western Colorado that suffer from the exact same flaw. The drilling from those other projects continues to cause smog and spew toxic air pollutants that threaten the health of Coloradans and degrade the vistas in our state.”

Since 2005, BLM has avoided addressing the air pollution from dozens of federally-approved drilling projects in western Colorado by claiming to rely on an earlier NEPA document that does not actually cover the drilling in question. That earlier analysis, a 2006 environmental impact statement for the Roan Plateau, covered only a limited amount of drilling on the Roan Plateau but did not address air pollution from projects in the surrounding area. Despite its limits, BLM relied on the Roan Environmental Impact Statement (EIS) to approve dozens of projects in the surrounding area that were not covered by that EIS. As a result, BLM has never considered the air pollution caused by those projects.

“Over the past several years, BLM has adopted a practice of cutting and pasting incorrect boilerplate statements about the Roan Plateau EIS into its environmental analyses for dozens of projects,” said Peter Hart of Wilderness Workshop. “This shell game has allowed BLM to approve thousands of new wells without considering the air pollution they will cause.”

BLM’s request to reconsider three of those projects comes on the heels of a June 2012 ruling by U.S. District Judge Marcia S. Krieger in a related case, Colorado Environmental Coalition v. Salazar. That ruling struck down the Roan Plateau EIS because it did not consider air pollution from the oil and gas fields surrounding the Roan.

In Tuesday’s motion, BLM asked the Court to dismiss Wilderness Workshop v. Crockett because the agency will reconsider the three projects targeted in the case. BLM, however, declined to reconsider at least thirty other oil and gas projects that also relied on the Roan EIS. As a result, the Wilderness Workshop Plaintiffs plan to press on with the lawsuit.

“Remanding these three projects is a good first step,” said Alison Flint. “But the agency has a responsibility to correct all its mistakes, not just three examples of this illegal practice.”

“BLM needs to slow down and take a hard look at the cumulative impacts from all the air pollution it has authorized in recent years, not just these few projects,” cautioned NRDC attorney Sharon Buccino. “Drilling poses real health risks for western Colorado communities, and BLM has no way to minimize those impacts—or disclose them to the public—if it does not have the whole picture in front of it.”