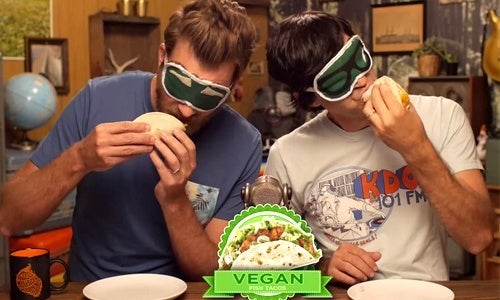 Good Mythical Morning with Rhett and Link is a YouTube channel that airs new episodes every weekday. On one of their episodes earlier this month, they did a blind taste test to see if they can tell the difference between common meat dishes and their vegan alternatives. Veganism is touted as the solution to so many of the world’s woes from better health to a lighter impact on the planet.

And at this point, you can find a vegan substitute for almost anything—meat, dairy, egg, heck, they even have vegan marshmallows. And yet, many cite the fact that vegan alternatives just don’t stack up to the real deal as their reason for not adopting the diet.

So, Rhett and Link want to know: Can you really tell the difference between, say, a hot dog and a vegan dog?

Find out how they did here: