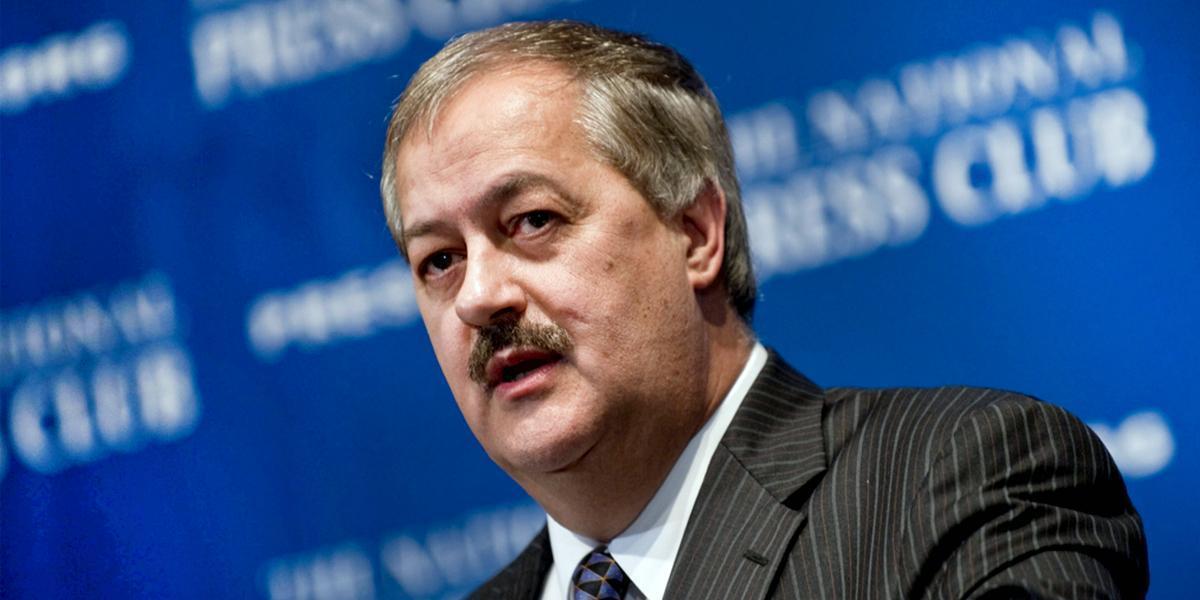 Former Massey Energy CEO Don Blankenship was released last week from prison after serving one year for his role in a deadly mine explosion that killed 29, and one of his first acts after being released was to appeal to President Donald Trump for more lenient laws to protect “frightened” coal executives such as himself from prosecution.

In the letter Blankenship published online Tuesday, the disgraced CEO wrote: “Coal supervisors are not criminals, and the laws they work under today are already frightening enough for them. More onerous criminal laws will not improve mine safety.”

Blankenship specifically complained about legislation proposed by Sen. Joe Manchin (D-WV) that would increase criminal liability for coal mine operators.

Under the laws currently in place, Blankenship was sentenced to only a year in prison, despite being found guilty for conspiring to evade mine safety laws in the wake of the Upper Big Branch mine explosion that caused 29 deaths in 2010. The single year in prison was the maximum allowable sentence.

“Under federal law, violating or conspiring to violate mine safety and health standards is classified as a misdemeanor or a minor crime, with a maximum jail sentence of one year,” observed Ken Ward Jr. in the Charleston Gazette-Mail. “Mine safety advocates have been urging Congress for years to make such crimes felonies, but the legislation has made little progress.”

During his time in prison, Blankenship also self-published a book claiming his innocence, titled An American Political Prisoner.

Upon his release, Blankenship “raised again his own theories about the Upper Big Branch mine explosion, blaming federal regulators and nature. Those theories were discredited by four investigations,” noted NPR. Blankenship has been aggressively tweeting such theories since his release May 10.

The U.S. government accused the coal executive of making the “cold-blooded decision to gamble with the lives of the men and women who worked for him” when handing down his sentence in March 2016.

Blankenship’s insistence on denying responsibility for the explosion has incurred anger and outrage from West Virginians and family members of the miners. As Michael M. Barrick commented in his Appalachian Chronicle blog:

So, the families of those killed at UBB are again subjected to another news cycle of Don Blankenship pretending he is not only innocent, but as he wrote in his little pamphlet after his conviction, “An American Political Prisoner.”

Meanwhile, surviving family members of the UBB tragedy are unwilling prisoners to the memories of their lost loved ones, for that and photographs is all that is left of them.

This, sadly, is too typical of the stories out of West Virginia. Don Blankenship got by with murder. His self-published book is infuriating; his continuing denials and appeals nauseating.

“The state of West Virginia is the poster child for the horribly negative effects upon working class people by crony capitalists,” Barrick wrote, adding: “The truth is, [Blankenship] is simply another fat cat conducting business as usual in West Virginia, and getting by with murder in the process.”

On Twitter, people immediately condemned Blankenship for his letter to Trump:

In letter to Trump, @DonBlankenship, who went to jail for year over mine safety conviction, urges rejection of tougher sentences for execs.

you should be imprisoned for life and all of your assets redistributed to the families of the miners you killed. thanks for reading

Don Blankenship, you just finished a year in prison for your role in a mine disaster that killed 29 people. What are you going to do now? https://t.co/q866EAdVYo