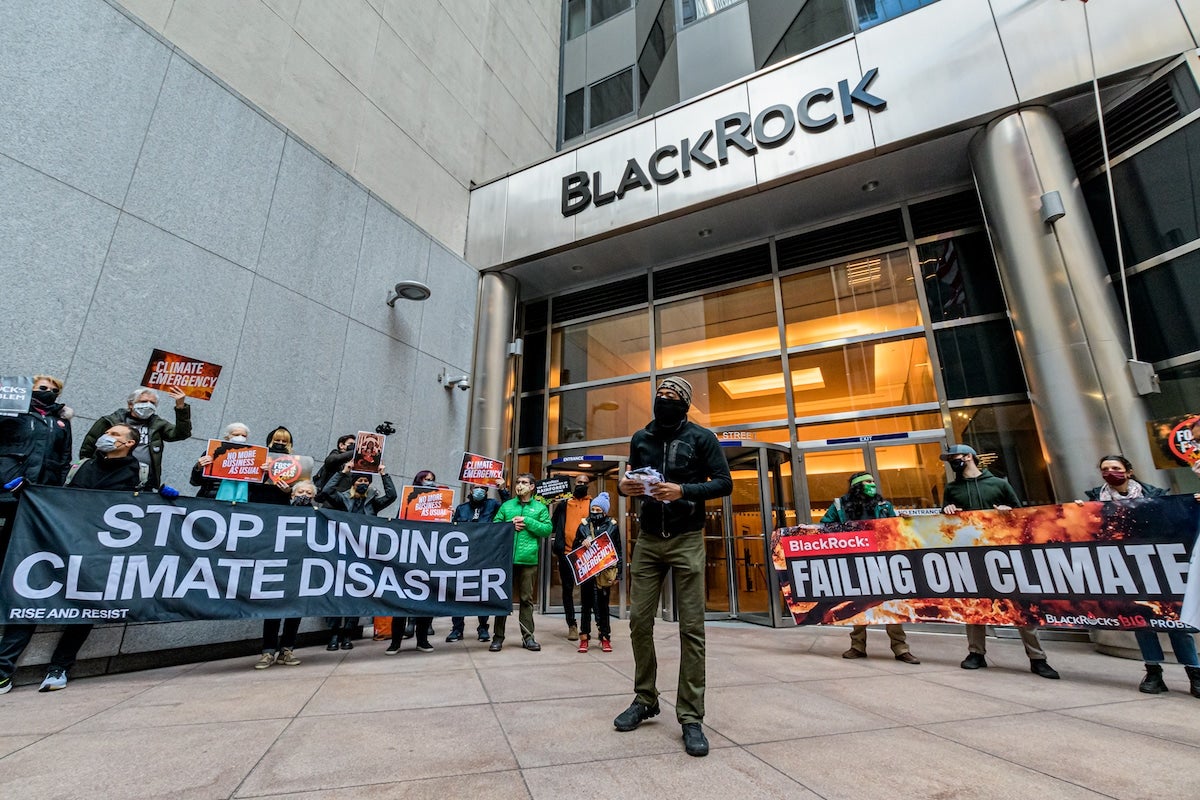 Stopping investments in fossil fuels and transitioning to low-carbon and renewable energy sources is necessary to reduce the greenhouse gas emissions that are the biggest contributors to the climate crisis.

“BlackRock’s role in the transition is as a fiduciary to our clients — it is not to engineer a specific decarbonization outcome in the real economy,” the world’s largest asset manager said, as OilPrice.com reported.

BlackRock’s statement was part of a group of written responses published on the UK government’s website from companies to the parliamentary committee, reported Reuters. The committee is looking at the role of financial institutions in the UK’s transition to net-zero greenhouse gas emissions.

BlackRock was questioned by the Environmental Audit Committee (EAC) over its transitions to net zero as a member of the Glasgow Financial Alliance for Net Zero (GFANZ). The company’s response was in contrast to its support of the environmental, social and corporate governance (ESG) standards of the firms it invests in, which has resulted in negative reactions from some of its clients, Proactive Group Holdings reported.

The responses included statements from UK endorsers of the GFANZ, which has 500 members from more than 45 countries and has said it is the largest partnership of financial institutions dedicated to the global economic transition to carbon neutrality in the world, reported Reuters.

BlackRock manages about $8 trillion in assets and has a market value of $85.65 billion.

Recently, some U.S. states with Republican governors have expressed disapproval of BlackRock’s ESG investment strategies and have said they would withdraw their state’s funding from the company’s care. Funds divested from BlackRock by Utah, South Carolina, Arkansas and Louisiana total more than $1 billion, OilPrice.com reported.

BlackRock CEO Larry Fink has defended fossil fuel investments by the company from a slew of criticism by climate activists, reported Reuters.

BlackRock has been accused by environmentalists of not pressing companies with fossil fuel portfolios to change.

“We expect to remain long-term investors on behalf of our clients in carbon-intensive sectors,” BlackRock said, as Proactive Group Holdings reported.

Climate activists have also criticized financial services company HSBC, which has said continued oil investments were necessary. The company has said suddenly moving away from coal would harm growing economies, like many in Asia, that are coal-dependent.