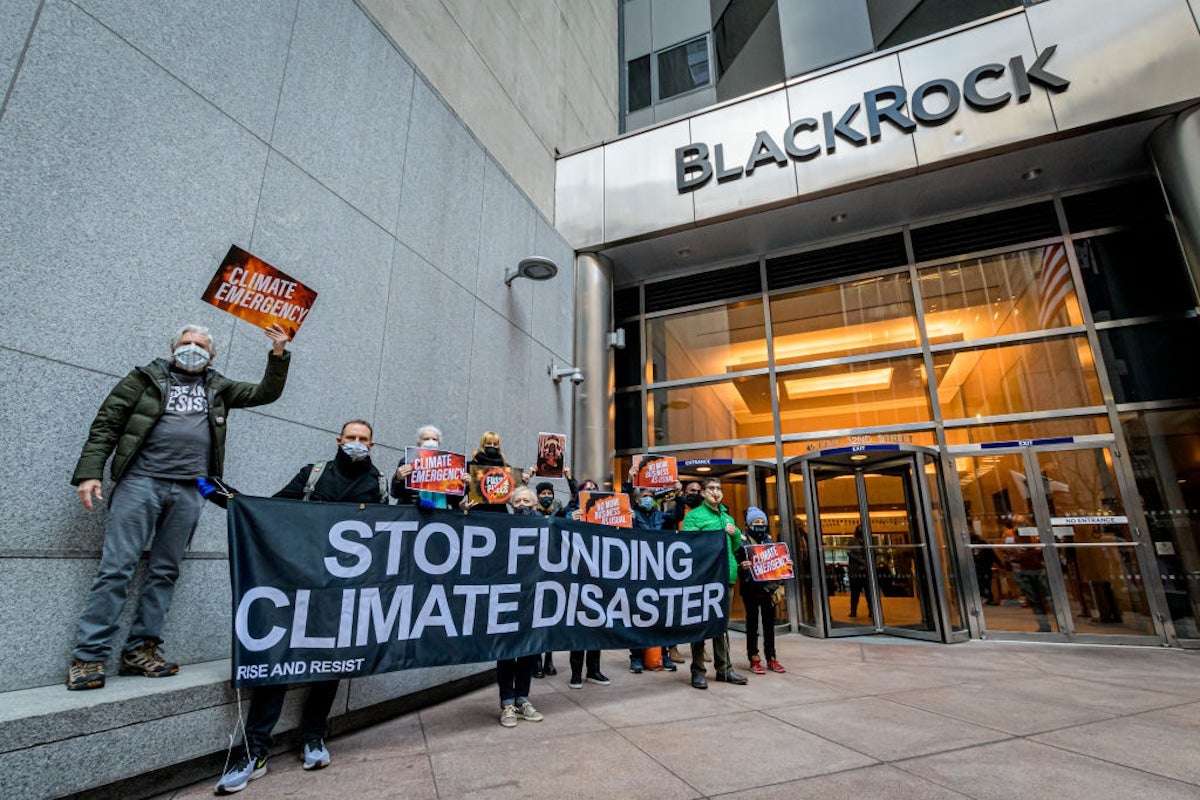 In an annual letter, Larry Fink, the CEO of multinational investment corporation BlackRock, said planning for a carbon-free global economy is the biggest investment opportunity of this generation, but climate activists say he wasn’t willing enough to move away from the oil and gas industry. Environmental activists believe BlackRock should stop doing business with fossil fuel companies that don’t lower their emissions, The Washington Post reported.

Fink argued that climate policies were about long-term gains, according to The Guardian.

“Stakeholder capitalism is not about politics. It is not a social or ideological agenda. It is not ‘woke’,” Fink wrote, The Guardian reported. “We focus on sustainability not because we’re environmentalists, but because we are capitalists and fiduciaries to our clients.”

Fink said that the global infrastructures of traditional fossil fuel companies are needed to achieve a carbon-free future, CNBC reported.

“To ensure continuity of affordable energy supplies during the transition, traditional fossil fuels like natural gas will play an important role both for power generation and heating in certain regions, as well as for the production of hydrogen,” Fink wrote in the annual letter, as reported by CNBC.

BlackRock manages more than $10 trillion in assets, but Fink stated in the letter that BlackRock does not have a policy of fossil fuel divestment. He said that not addressing the demand for hydrocarbons would lead to increased energy costs for “those who can least afford it,” CNBC reported.

Environmental organizations like the Sierra Club believe that the time has come to move completely away from fossil fuels and stop trying to fit them into the transition to cleaner energy.

“Fink is insisting on continuing to prop up dirty fuels like fracked gas and peddling the outdated and dangerous view that gas has a place in the energy transition, despite the scientific consensus that we need to stop expanding fossil fuels immediately,” Sierra Club Fossil-Free Finance campaign manager Ben Cushing said in a statement.

Duke University law professor Lawrence G. Baxter said that regulatory intervention may be needed to avoid a financial crisis, since climate change presents a threat to the financial system.

“Businesses should understand the risks they face and be honest about the material impacts climate change will have on them,” Baxter said, as The Washington Post reported.

“Fink apparently wants to be above the political fray, but by playing nice with those profiting off of the causes of climate change, he’s making the political choice to reject climate science, which makes absolutely clear that a rapid transition from all fossil fuels is unquestionably urgent and necessary,” Birss said, as reported by CNBC.

Lara Cuvelier, a campaigner with Reclaim Finance — a nonprofit based in Paris that exposes financial institutions whose practices are bad for the environment — also said that Fink’s reasoning for trying to fit fossil fuels into the transition to greener energy went against climate science.

“Fink is thus providing cover for the building of dozens of new gas plants, which would lock us into fossil fuels for years to come. Moreover, his simplistic attack on divestment obscures a vital lesson: to succeed, engagement must be paired with a clear demand to stop fossil fuel expansion,” Cuvelier said in a statement, as CNBC reported.