Joe Biden Is Stuck Between BlackRock and a Hard Place 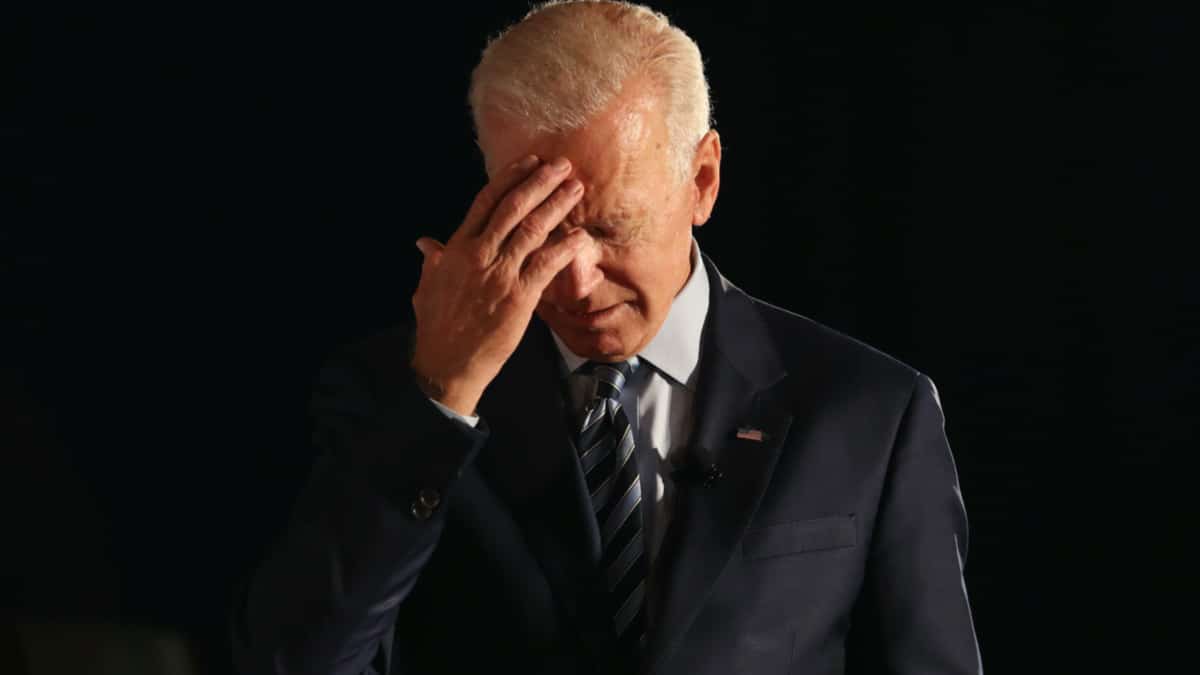 The Democratic Party candidate Joe Biden proposes net-zero CO2 emissions in the United States by 2050. It’s an ambitious target, but 30 years is a long time in politics and there is a key tension between the party’s moderate nominee with links to corporate funders, such as the asset manager BlackRock, and progressives whose votes he needs to win. This is nowhere better seen perhaps than on environmental issues, where campaigns to green corporate America have tended to fizzle out.

Examples of good intentions abound. Nonprofit organization Carbon Disclosure Project (CDP) this week, for example, launched a campaign with a trillion-strong group of investors to encourage companies to commit to stronger action on climate change. In the campaign, 137 institutions asked 1,800 companies to set science-based targets for reducing CO2 emissions. The group of 1,800 represent 25% of total global emissions and represent 40% of the MSCI ACWI Index, which is MSCI’s global equity index.

But words and actions have often been out of sync in environmental policy in the U.S. This is well illustrated by the ambitious-sounding plans of the world’s largest asset manager, BlackRock.

BlackRock CEO Larry Fink said earlier this year that by the end of 2020 the financial corporation would stop its actively managed funds from investing in companies that get 25% or more of their revenue from coal operations. Furthermore, it would enhance transparency over how it votes in shareholder meetings of firms in its portfolio, create investment products that screen for fossil fuels, and ask companies how they plan to navigate the climate crisis.

BlackRock is close to Biden and some, though not that many, believe a partnership of the two could herald real change in the U.S.’s environmental strategy.

But, says Friends of the Earth, BlackRock conspicuously failed to include a promise to stop investing in companies that cause deforestation, while others worry that a voluntary solution by a passive investment vehicle is not the best way forward.

Friends of the Earth criticized BlackRock this week and other asset management firms in a report for not doing enough to curb global deforestation, which has increased by 40% since 2014 and is a major contributor to climate change. Supply chains for commodities like beef and soy are a key driver of those fires, the group said. Its report accused the “Big Three” asset managers, BlackRock, Vanguard and State Street, of enabling companies in their investment portfolios to avoid promises they made to prevent their supply chains from contributing to destruction of rainforests.

AmazonWatch, part of a coalition of green groups and campaigners called “BlackRock’s Big Problem,” wrote in a 2019 report that BlackRock was one of the biggest investors in the agribusiness firms responsible for deforestation in the Amazon, with over .5 billion worth of shares of such companies. The report found that BlackRock and Vanguard — the largest shareholders in 18 of the 28 carbon-intensive energy and utility companies analyzed — voted 99% of the time for the directors those companies proposed in 2019. And their votes helped kill 16 climate-related shareholder resolutions that year.

At the Heart of Things

“This [CDP campaign] doesn’t appear to directly impact BlackRock as it’s voluntary,” Moira Birss, climate & finance director at Amazon Watch, told DW. “But BlackRock should certainly be asking for 1.5-degree transition plans of all the high emitting companies it invests in.”

Birss also says that BlackRock is “again absent from this leading initiative” despite claims by its CEO that no company had done more for climate in 2020.

“Fink claims that BlackRock had 950 ‘engagements’ with companies on climate this year but doesn’t provide any transparency on what that means. That’s not climate leadership. I would think that if BlackRock leadership could show the impact it is having on climate through these ‘engagements,’ it would. Instead Fink is making claims about climate action that he can’t, or won’t, back up,” she adds.

BlackRock reported healthy third-quarter profits, the recovery in global financial markets helping it end the quarter with a record .81 trillion in assets under management. The New York-based company’s net income rose 27% to .42 billion, while its shares are up 22% this year.

Supported by an index-fund collection called iShares, it is the world’s largest asset manager, with .81 trillion of other people’s money under its control, a third of it in Europe. This is roughly equal to the world’s top 20 pension funds combined. The fund employs 13,900 people spread across 30 countries.

BlackRock’s Aladdin risk-management system — a software tool that can track and analyze trading — is used by the U.S. Federal Reserve and European Central Bank (ECB). Today, .6 trillion sits on the platform from just a third of its 240 clients, according to public documents verified with the companies and first-hand accounts. That figure alone is equivalent to 10% of global stocks and bonds.

But BlackRock has expanded its power well beyond asset management, including also auditing of banks for regulatory authorities and advising governments on privatization.

“BlackRock is in effect a branch of government, a public utility,” Harald Schumann, founder of Investigate-Europe in Berlin, told DW. “It could exert great influence for good but given that two-thirds of its business is index-linked, they have no real power to push for greening of the companies they are invested in,” he says.

“Fink personally may well be committed, and it is after all more powerful than many states, a unique phenomenon. But it has an inherent conflict of interest, as an advisor, auditor and investor. The Chinese Wall exists, but how well it actually works is another issue,” says Schumann, referring to the strict separation of the firm’s services required under financial laws.

Created in 1988, BlackRock has close ties to the Biden campaign, although the company’s investments to influence Washington, mean that Fink has also advised the Trump administration on infrastructure privatization and the COVID-19 pandemic. Fink is reportedly hoping for a position in a Biden administration.

BlackRock has avoided being designated a Systemically Important Financial Institution (or SIFI) by the U.S. Treasury’s Financial Stability and Oversight Council (FSOC), set up by Dodd-Frank financial regulations, which would require it to be regulated by the American central bank.

The company has spent the last decade lobbying lawmakers, US Treasury officials, and FSOC members with donations. In its Transparency Project report, BlackRock says that it has hired at least 84 former government officials, regulators, and central bankers worldwide since 2004. The world’s largest asset manager has also been tapped by the Federal Reserve to oversee three government debt-buying programs designed to fend off economic catastrophe.

This article has been updated to reflect a correction in Deutsche Welle‘s original story.