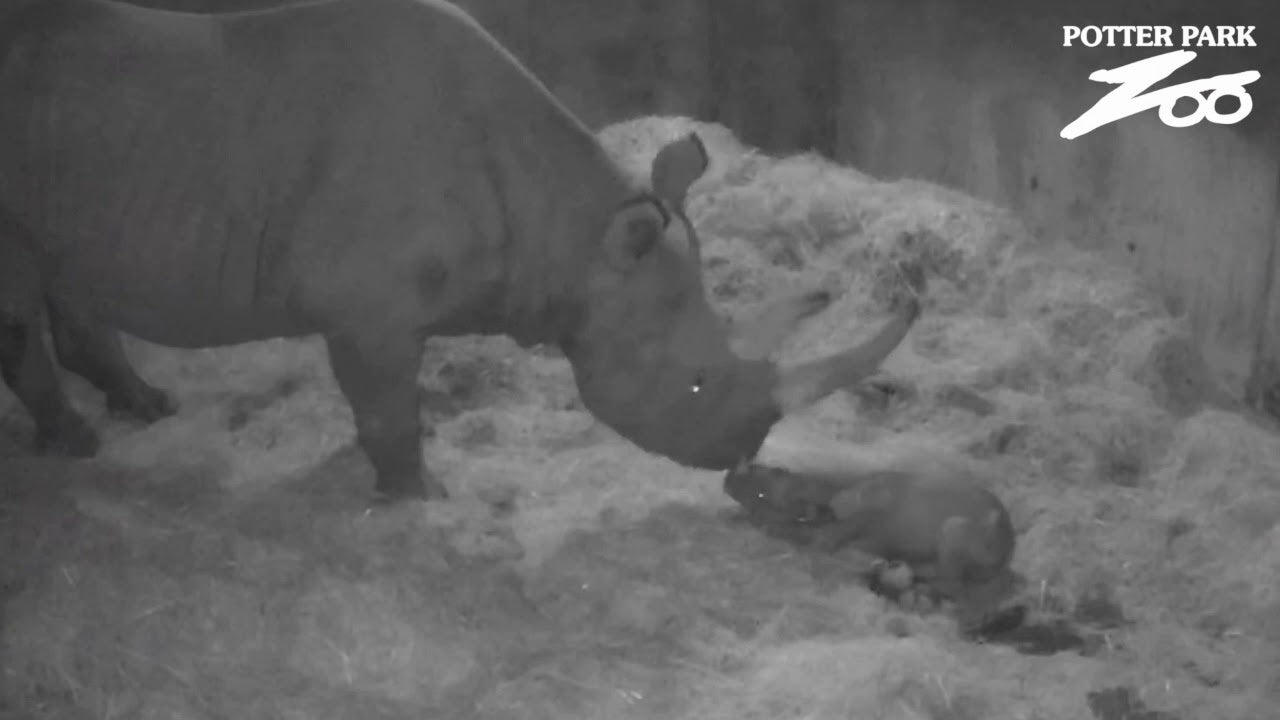 A critically endangered black rhino calf was born at a Michigan zoo on Christmas Eve.

Doppsee, a 12-year-old female rhino at the Potter Park Zoo in Lansing, Michigan, gave birth to a male calf at 5:40 a.m. Tuesday, the zoo said in a blog post. It is the first black rhino birth in the zoo’s 100-year history.

“This is a monumental moment for Potter Park Zoo that has taken our staff years of planning and hard work,” zoo Director Cynthia Wagner said. “We are dedicated to conserving rhinos and couldn’t be more excited about this successful black rhino birth.”

The birth is a big deal because black rhinos are “statistically and historically very hard to breed and be successful,” Pat Fountain, an animal care supervisor at the zoo, told The New York Times. Only around two black rhinos are born at U.S. Association-of-Zoos-&-Aquariums-accredited facilities every year, Fountain said.

This birth marks the first for mother Doppsee. The father, Phineus, was brought to the zoo in 2017 from Texas specifically to breed with her, the zoo said. Fountain told The New York Times that their successful coupling was a “milestone.”

The calf, who is not yet named, stood about an hour and a half after he was born, the zoo said. He seems to be nursing well.

“As this is Doppsee’s first pregnancy, the animal care and veterinary staff will continue to monitor Doppsee and her calf closely in the next few weeks. But so far, the rhino calf appears healthy and we have observed frequent nursing shortly after the birth, which is encouraging,” Potter Park Zoo veterinarian Dr. Ronan Eustace said in the blog post.

The calf and his mother will be given space to bond in privacy until spring 2020, when they will be viewable by zoo visitors. In the meantime, the zoo will post updates on its blog, Facebook and Instagram accounts.

In the wild, black rhinos are threatened with extinction because of poaching and habitat loss.

Around 98 percent of black rhinos live in South Africa, Zimbabwe, Kenya and Namibia, The New York Times reported. Their numbers fell by 98 percent between 1960 and 1995 to less than 2,500, mostly because of the actions of European hunters and settlers.

Their numbers have doubled since then to around 5,000, ABC News reported, but they are still considered critically endangered by the International Union for Conservation of Nature Red List.

“A lot of work remains to bring the numbers up to even a fraction of what it once was – and to ensure that it stays there,” the World Wildlife Fund said, according to ABC News.