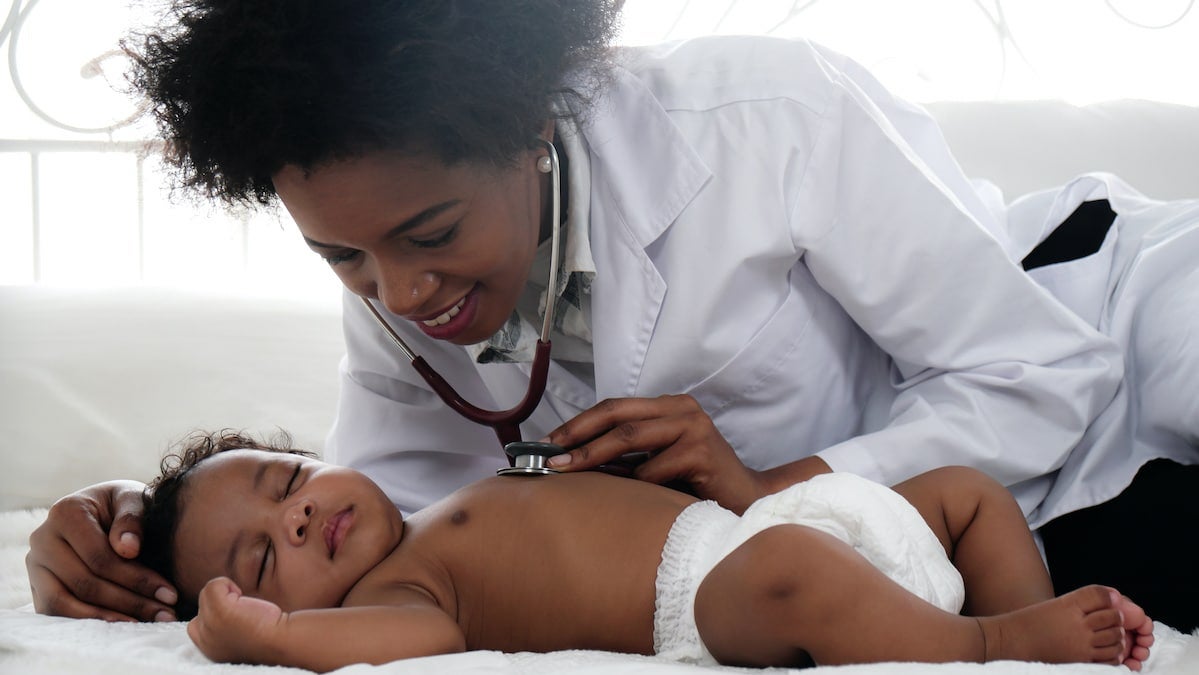 Outcomes for Black babies are better if they are treated by Black doctors, a study has found. Mongkolchon Akesin / Getty Images

Childbirth in the U.S. is simply more dangerous for Black babies. A Centers for Disease Control and Prevention (CDC) study published last year, for example, found that Black babies were twice as likely to die before their first birthday when compared with white, Asian and Hispanic babies.

But new research published in the Proceedings of the National Academy of Sciences Monday has uncovered a factor that might contribute to this disparity.

“Findings suggest that when Black newborns are cared for by Black physicians, the mortality penalty they suffer, as compared with White infants, is halved,” the researchers wrote.

To reach their conclusion, the study authors analyzed the records of 1.8 million Florida hospital births between 1992 and 2015 and discovered the race of the attending physician, The Hill reported. They found that, when the doctor in charge was white, Black babies were three times more likely to die than white babies. But when the doctor was Black, that mortality rate was cut in half.

The effect was strongest in complicated births and in hospitals that delivered more Black infants, the researchers found.

While Black mothers are two to three times more likely to die due to pregnancy complications than white mothers, the researchers found no statistically significant impact of the doctor’s race on the mother’s chances of survival.

The findings are the latest evidence that racism plays a major role in public health outcomes.

The findings suggest there may be more trust between Black doctors and patients, or that Black doctors may be more aware of the factors that put Black infants at greater risk, lead study author of George Mason University Brad Greenwood told The Guardian.

On the other hand, white doctors may be acting out of unconscious bias when treating Black mothers and babies.

The findings highlight the importance of increasing diversity in the medical field, Greenwood said. Currently, only five percent of U.S. doctors are Black.

“Inasmuch as research suggests stereotyping and implicit bias contribute to racial disparities in health outcomes, the work also highlights the need for hospitals and other care organizations to invest in efforts to reduce such biases and explore their connection to institutional racism,” Greenwood told The Guardian.

The findings mirror the experience of doctors in the field. When Black hospital obstetricians were contracted to treat uninsured mothers and babies in Eastern Michigan, the mortality disparity between Black and white babies fell significantly. Black babies were five times more likely to die in 1980 and only 1.4 times more likely to die by the mid to late 1990s.

“As black physicians we attended the same churches, barber shops, beauty salons, our children attended the same schools … this sense of community cultivates an entirely different level of relationship and accountability. The feeling that your provider genuinely cared for you is important … and, in my opinion, is more easily realized when racial concordance and genuine relationship is present,” one of the doctors involved, Dr. Arthur James, told The Guardian. “Kudos to the authors for raising an important and often overlooked potential contributor to improved birth outcomes.”