Black Death Is Back! Two Cases of Plague Confirmed in China 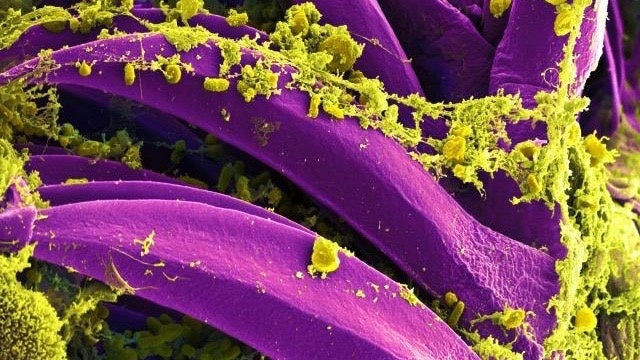 A middle-aged married couple in China was diagnosed with pneumonic plague, a highly infectious disease similar to bubonic plague, which ravaged Europe in the middle ages, as CNN reported.

This is the second time the disease has been confirmed in the region this year. The first time was in May when a Mongolian couple died from bubonic plague after eating a raw kidney from a marmot. That triggered a six-day quarantine in the area, according to The Guardian.

The two newest cases came from Inner Mongolia, a sparsely populated province in northern China, and were diagnosed in Beijing where the patients are receiving treatment, according to CNN.

The Chinese government has warned citizens to take precautions to protect themselves from a potential outbreak, though it did say that there was no reason to panic and the risk of transmission was extremely low, as the New York Times reported.

The New York Times also reported that the Chinese Center for Disease Control and Prevention responded quickly to the cases, quarantined the patients, did an investigation into people who could have been exposed to the bacteria and disinfected all relevant sites. They also ramped up their monitoring of all patients with fevers.

However, South Korea press affiliates have followed rumors on Chinese social media that the Chinese government is downplaying the scope of the disease and many more people are actually exposed and infected, as the UPI reports.

Pneumonic plague, which the two patients in China have, is always fatal if it is not treated quickly with antibiotics, according to CNN.

Plague is caused by a bacterium, Yersinia pestis, which typically takes two to six days after exposure to manifest as an infection. However, in the case of pneumonic plague, which the two new patients have, someone exposed to the bacterium through the air will usually become ill within one to three days, according to the UPI.

In the case of bubonic plague, the disease is transmitted when people handle an infected animal or when an infected flea bites people. Pneumonic plague is airborne and can be spread when an infected person coughs, according to the U.S. Centers for Disease Control, as The Guardian reported.

Despite China’s assurance that the risk of exposure is extremely low, fears are mounting that an outbreak of the pandemic will take root and residents are wondering why it took the authorities so long to announce the diagnosis, according to The New York Times.

Li Jifeng, a doctor at Beijing Chaoyang Hospital where the two patients are receiving treatment, wrote on WeChat that the patients entered the hospital on Nov. 3. His post has since been deleted, but in it he wrote; “After so many years of specialist training, I’m familiar with the diagnosis and treatment of most respiratory diseases. But this time, I looked and looked at it. I couldn’t guess what pathogen caused this pneumonia. I only knew it was rare,” according to the New York Times.

The New York Times also reported that Chinese censors mandated news aggregators to “block and control” online discussions related to plague. That order prompted citizens to call for transparency since China has ignominious track record of covering up diseases.

“The plague is not the most terrifying part,” one user wrote on Weibo, as The New York Times reported. “What’s even scarier is the information not being made public.”