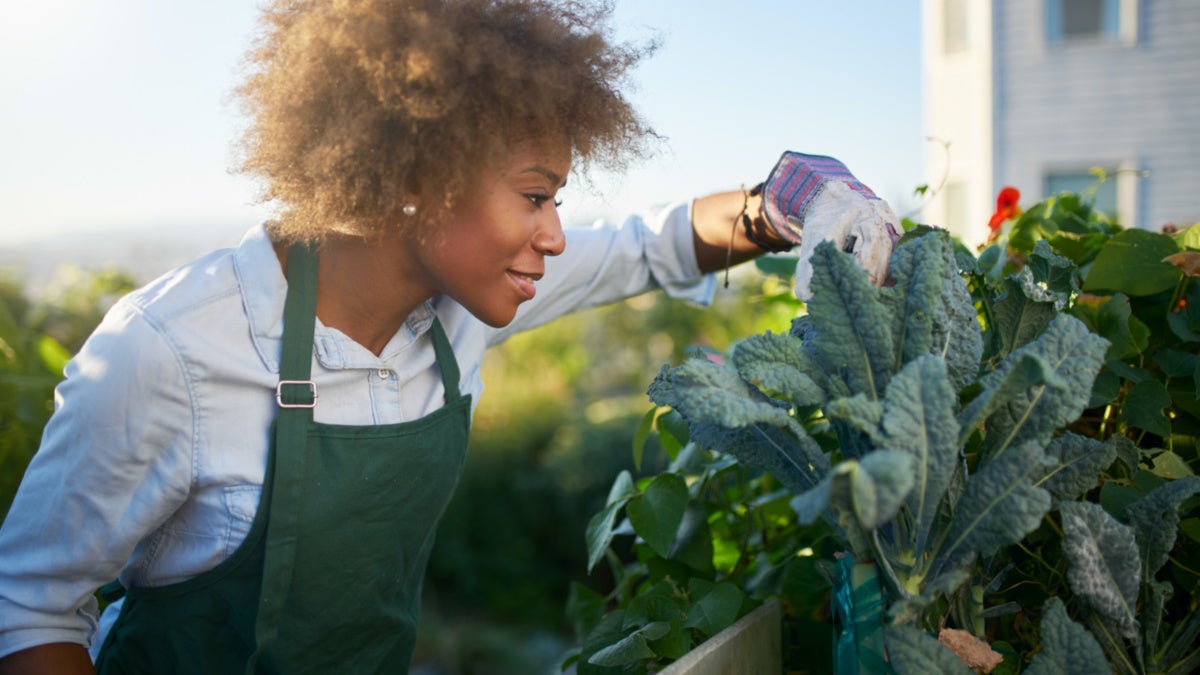 These 19 organizations and individuals represent a small portion of the efforts underway to fight racism and inequality and to build stronger Black communities and food systems. rez-art / Getty Images

Following the murder of George Floyd by police in Minneapolis, people around the United States are protesting racism, police brutality, inequality, and violence in their own communities. No matter your political affiliation, the violence by multiple police departments in this country is unacceptable.

We must remember and honor the memory of people including Floyd, Breonna Taylor, Ahmaud Arbery, and David McAtee, the owner of a barbecue restaurant in Louisville who was killed by police during protests. These murders are a travesty and something that should not happen in the United States of America—or any nation.

It’s time for people of all backgrounds to not only denounce violence, but to actively use their voices, dollars, and power to demand change. I’m in awe of the many people who have been working for years to restore democracy, empathy, and equality to this country.

These 19 organizations and individuals represent a small portion of the efforts underway to fight racism and inequality and to build stronger Black communities and food systems, and I hope you’ll join me in supporting them.

The Anti Police-Terror Project is a Black-led, multi-generational coalition of people working to end police terror in communities. Based in Oakland and Sacramento, California, APTP is building a sustainable model for justice that can be replicated around the country. They also document police abuses and help impacted families access legal and healing resources.

Based in Baltimore but operating nationally, the Black Church Food Security Network aims to support gardening and farming within Black churches. They establish agricultural projects on church land, connect farmers to congregational markets, and create asset maps of Black churches and surrounding neighborhoods to help better use resources. They also operate a small directory and interactive map of faith-based Black farmers across the East Coast, Midwest, and southeastern U.S.

Black Urban Growers maintains a network and community support in order to foster Black leadership in food and farm advocacy. Their programs include the Black Farmers & Urban Gardeners Conference, a national conference started in 2010 that brings together Black farmers, advocates, chefs, and communities to share their best practices and leadership efforts.

The Detroit Black Community Food Security Network is working on the ground in Detroit, Michigan, to ensure that the local urban agriculture movement is racially and socially inclusive. It was founded in 2006 to mobilize the Black community to address food insecurity challenges, and the network believes that the most effective movements grow organically within the communities they are designed to benefit. They operate organic urban farm sites, various local food policy initiatives, and a cooperative food-buying program for community residents.

Washington D.C. nonprofit Dreaming Out Loud works to create healthier, more equitable food systems in low-income communities. Dreaming Out Loud supports economic opportunity-building with their two-acre farm, several community gardens and farmers markets, and a food business accelerator. During the COVID-19 pandemic, they partnered with Little Sesame restaurant to provide free meals for people of all ages every weekday afternoon.

One of the most impactful ways to participate in democracy is by voting, but many people, particularly in minority communities, face structural barriers against having their voices be heard. Fair Fight was founded by Stacey Abrams, who lost a close race for Georgia governor in 2018 amid allegations that her opponent, then-state Secretary of State Brian Kemp, had engaged in voter suppression. The organization aims to end voter suppression, make sure everyone can access their constitutional right to vote, and fight for fairer elections. You can donate online here.

Based in Atlanta, Georgia, Jamila Norman is a world-renowned urban farmer and food activist. In 2010, Norman founded Patchwork City Farms, a certified naturally grown organic urban farm where Norman farms—and provides the local community with safe and nutritious foods. Norman is also co-founder of EAT Where You Are, an initiative that aims to spread awareness of the importance of including fresh foods in diets, and is the manager and one of the founding members of the South West Atlanta Growers Cooperative, which helps Black farmers create equitable, sustainable, responsible food systems.

Karen Washington, a farmer and community activist, wants to build a different agricultural narrative, inclusive of all races, genders, and sexualities. She created Rise and Root Farm to be a place of healing for diverse and marginalized communities—particularly important today, as black farmers work to call attention to not only their own contributions to the modern food system but also the impact of the slave trade on the development of global food chains. “Agriculture must be inclusive in its diversity,” Washington tells Food Tank.

La Via Campesina is an international coalition of organizations that defend food sovereignty as a way to promote social justice and worker dignity. They built a movement that amplifies the voices of smallholder peasant farmers and aims to decentralize the power of corporate-driven agriculture, which they argue is destructive to the environment and social relations.

Soul Fire Farm grows food as an act of solidarity with those oppressed by food apartheid while maintaining respect for their ancestors, history, and the environment. Soul Fire Farm conducts training programs to raise the next generation of activist-farmers and support food sovereignty for future communities. The organization’s Co-Director Leah Penniman recently completed a book, “Farming While Black,” a guide for African-heritage growers to reclaim their dignity.

The National Bail Fund Network is a directory of bail funds in over 30 states, which free unfairly detained people from jail and fight to end the cash bail system. Donations to local and national bail funds support jailed protesters who are not only at risk for being prosecuted unfairly, but who are also at risk for contracting COVID-19 while detained.

A coalition of Black-led organizations, the National Black Food and Justice Alliance builds Black self-determination around food and land sovereignty. They accomplish this through community organizing and increasing visibility of Black narratives, visions, and achievements. In 2018, co-founder Dara Cooper was honored with a James Beard Foundation Leadership Award “for dedicating her life to racial equity and justice in the food system and increasing capacity and visibility of Black-led narratives and work.”

In Oakland, California, Planting Justice builds economic justice and food sovereignty among communities impacted by mass incarceration. Planting Justice teaches gardening skills to people while in prison and offers them paid positions after release. Planting Justice has planted over 500 gardens in the Bay Area, offered reentry employment opportunities to over 40 people, and helped people reconnect with the land.

A Minneapolis-based organization, Reclaim the Block works to reallocate city money away from police and instead toward community-led health and safety initiatives. They have assembled an extensive digital toolkit to help communities in all cities and states advocate for divestiture from police. You can support them via donations or by signing their petition encouraging the Minneapolis City Council to redirect police department funding toward resources for Black and Indigenous communities.

Based in Philadelphia, Soil Generation is a Black- and Brown-led coalition with a vision for “a people’s agroecology”—a combination of environmental and food justice with a focus on community self-representation, anti-racism training, education, and advocacy. Soil Generation has successfully worked with the city council to amend a bill that would have put urban gardens at risk and continues to actively campaign for rights to vacant lots.

As founder and executive director of The Black Feminist Project, Tanya Fields is a food justice activist and educator. Fields started the Libertad Urban Farm, an organic urban garden in the Bronx, as an effort to address the lack of nutritious food and food education accessible to low-income people, specifically underserved women of color. Additionally, Fields works closely with The Hunts Point Farm Share, connecting city residents to high-quality local produce through community-supported agriculture.

Toni Tipton-Martin, based in Baltimore, Maryland, works on a series of endeavors to promote food justice. She has written two James Beard Award-winning books that trace Black cuisine, Jubilee and The Jemima Code: Two Centuries of African American Cookbook. Martin served as the president of Southern Foodways Alliance board of directors and was the first Black food editor at the Cleveland Plain Dealer. Additionally, Martin founded the SANDE Youth Project, a nonprofit organization that works with children to combat obesity while supporting Black food culture.

The Urban Growers Collective operates eight urban farms on 11 acres of land in Chicago’s South Side and works with more than 33 partner organizations to create economic opportunity and boost healthy food access. Each farm uses organic methods and integrates education, leadership training, and food production. The organization was co-founded by Laurell Sims and Erika Allen, a visual artist and food advocate who works to use creativity for social change.