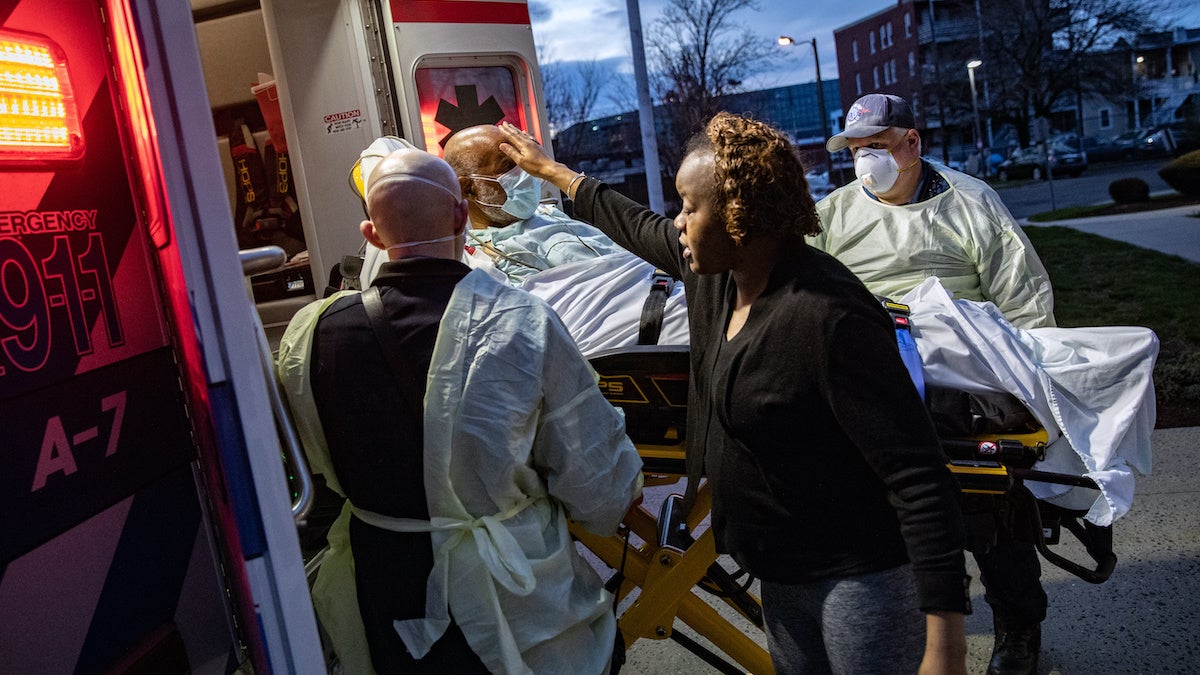 A daughter touches her father's head while saying goodbye as medics prepare to transport him to Stamford Hospital on April 02, 2020 in Stamford, Connecticut. He had multiple COVID-19 symptoms. John Moore / Getty Images

Across the country, the novel coronavirus is severely affecting black people at much higher rates than whites, according to data released by several states, as The New York Times reported.

Public health researchers say the alarming statistics highlight inequalities in resources, health, and access to care. Pervasive health conditions like asthma, diabetes and heart disease put people at a higher risk of getting seriously ill or dying if they contract COVID-19.

“Those numbers take your breath away, they really do,” said Lori Lightfoot, the mayor of Chicago, as The New York Times reported. She is the city’s first black woman elected as mayor. She added that the statistics were “among the most shocking things I think I’ve seen as mayor.”

The statistics moved Dr. Anthnony Fauci, who sits on the president’s coronavirus task force, to address societal health disparities at the White House on Tuesday.

“And the reason I want to bring it up, because I couldn’t help sitting there reflecting on how sometimes when you’re in the middle of a crisis, like we are now with the coronavirus, it really does … ultimately, shine a very bright light on some of the real weaknesses and foibles in our society,” Fauci said, as Business Insider reported.

“As some of you may know, the greater proportion of my professional career has been defined by HIV/AIDS, and if you go back then during that period of time when there was extraordinary stigma — particularly against the gay community — and it was only when the world realized how the gay community responded to this outbreak with incredible courage and dignity and strength and activism, that I think that really changed some of the stigma against the gay community, very much so.

“I see a similarity here because health disparities have always existed for the African American community. But here again, with the crisis, how it’s shining a bright light on how unacceptable that is,” he said.

Sharrelle Barber, an assistant research professor of epidemiology and biostatistics at Drexel University, told The New York Times that the effects of policies drawn up generations ago keep many black residents in segregated neighborhoods without job opportunities, stable housing, or grocery stores with healthy food and more.

“These communities, structurally, they’re breeding grounds for the transmission of the disease,” Barber said. “It’s not biological. It’s really these existing structural inequalities that are going to shape the racial inequalities in this pandemic.”