The Return of a Relative: Tribal Communities in the Northern Great Plains Rally Around Bison Restoration 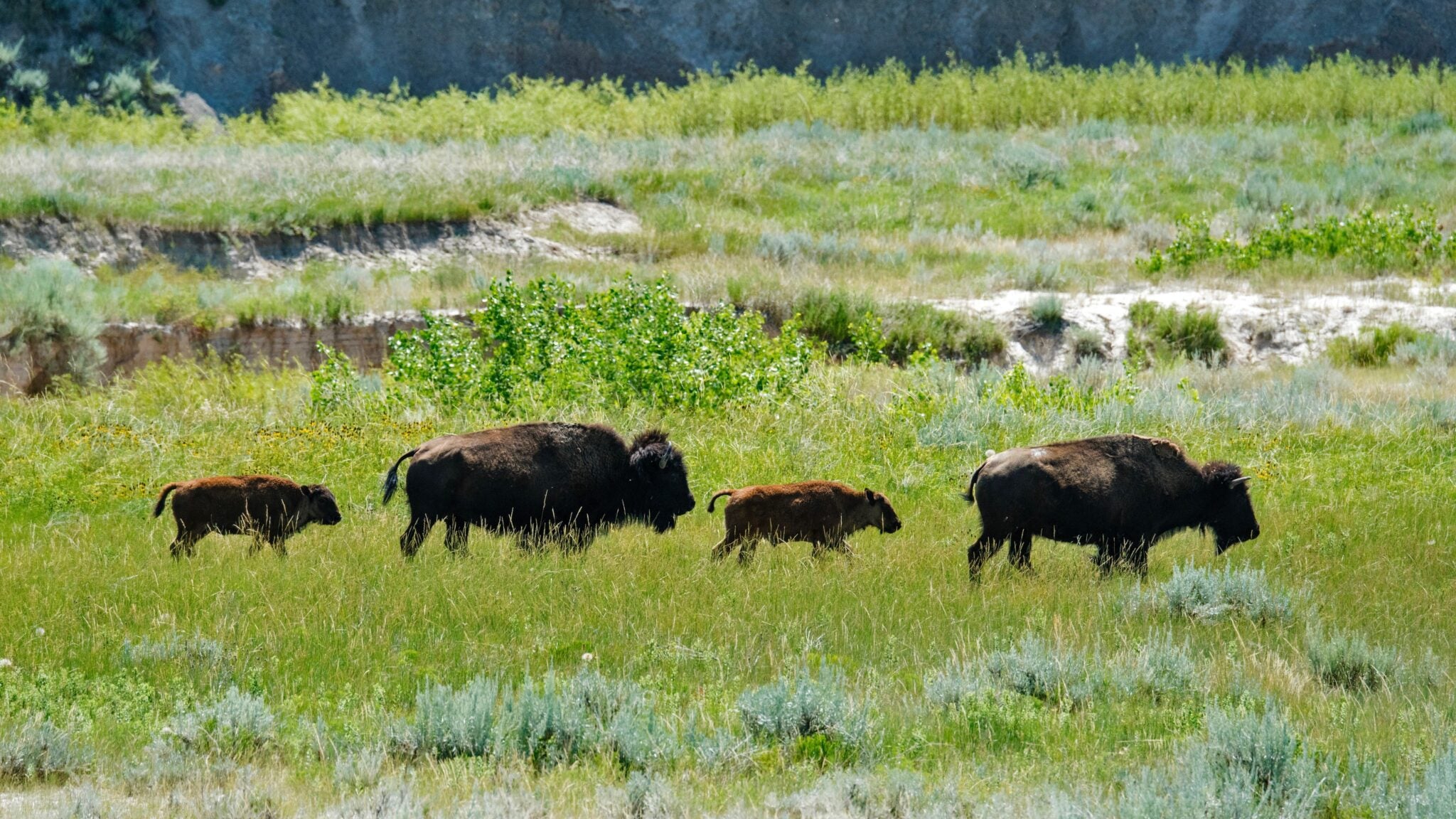 On Oct. 11 people around the world celebrated the release of four plains bison onto a snow-covered butte in Badlands National Park, South Dakota.

Their large, chocolate brown bodies were in beautiful contrast against the park’s snow-covered sagebrush, hills, and canyons. This was the first time that the species had set hoof in this area since 1877. For wildlife fans and the U.S. national mammal it was a homecoming long overdue. For tribal community members who were there to witness this important moment, the significance was immense for much deeper reasons.

▶️ Four bison were released into the territory their ancestors roamed in Badlands National Park, South Dakota, Friday, October 11, as seen in video shared by the World Wildlife Fund.

Bison have not roamed this land since the 1870s. (REUTERS) pic.twitter.com/SiUVeB1YoH

“As a tribe, we and the buffalo are one and the same,” said Monica Terkildsen, a member of the Oglala Sioux Tribe and Tribal Community Liaison for World Wildlife Fund’s (WWF) Northern Great Plains Program. “The buffalo represent our own healthy return. The buffalo once provided our home, our life ways, our food, and created a diverse, flourishing ecosystem. Today, as our herds are growing, we are beginning to re-center as a people. So bison have a deep, profound meaning to us. They mean economics, they mean health, they mean our spiritual well-being. They are our elders that guide us. They are our relatives.”

Prior to European settlement plains bison numbered between 30 million and 60 million and were the widest-ranging large mammal in North America. Bison played an incalculable role in the lives and traditions of Native Americans and many species that live in the plains. By 1889, only 512 plains bison remained after westward expansion and a concerted effort by the US government to eliminate the bison and subdue the tribes that relied so heavily upon them.

Today, WWF is working with tribal partners to restore bison to their rightful place at the heart of their people’s culture, economy, and ecology. Our work includes efforts at the Fort Peck and Fort Belknap Reservations in Montana to foster a renewed sense of connection to bison, and increased community support for bison programs and restoration efforts. After the absence of bison for over a century on tribal lands, restoring this relationship is not a simple endeavor. However, with support from tribal leaders, we have begun to identify the values, needs, and aspirations of community members for their tribal bison programs. As the recognized value of bison to the people increases, the constituency that supports bison restoration grows as well.