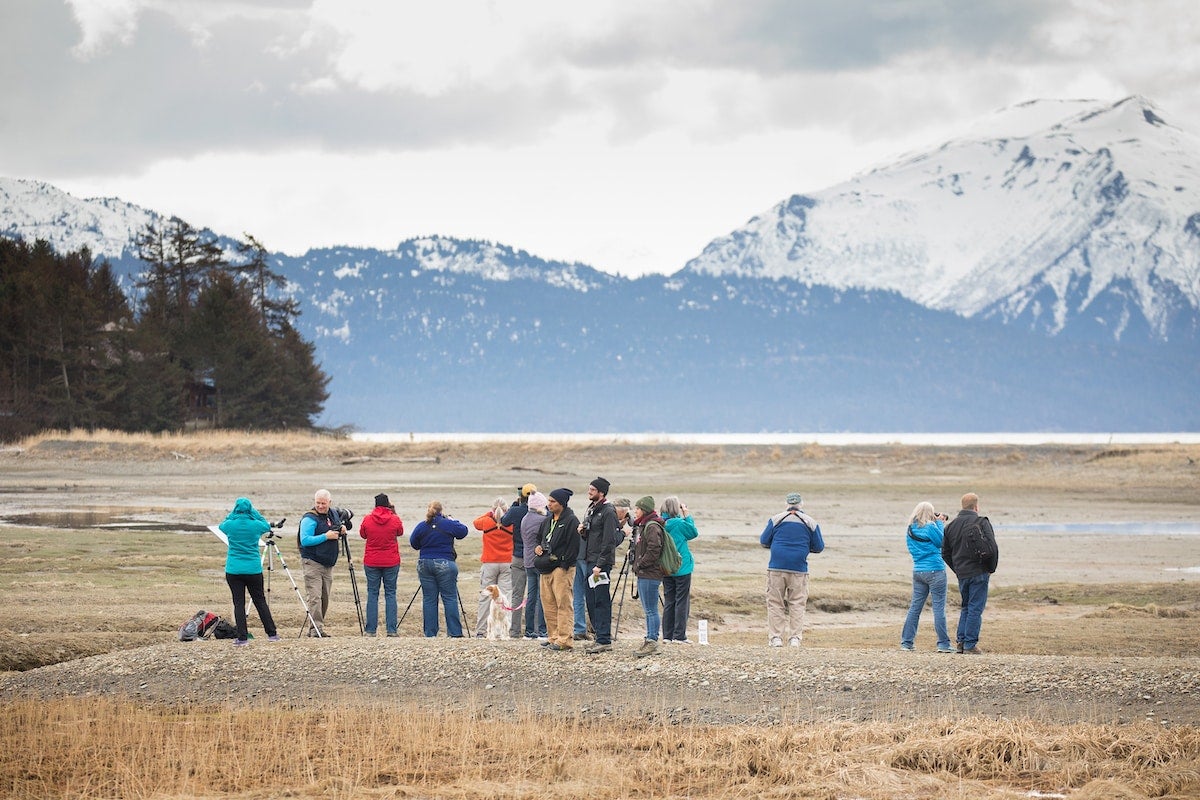 The popular pastime of birdwatching has many healthy benefits for people and the planet, including immersion in nature — which has been shown to be beneficial for mental health — breathing fresh air, exercise, exposure to natural vitamin D, socializing and building togetherness through birdwatching communities and increased appreciation for nature.

There were approximately 15.23 million birdwatchers in America in 2020, reported Statista, up from 12.82 million in 2019. In Alaska, the well-loved pastime means an incentive for habitat conservation and a significant boost to the state’s economy, a press release from University of Alaska Fairbanks (UAF) said.

Alaska is home to nearly 500 bird species, according to the Alaska Department of Fish and Game, which makes for a rich birding environment for beginners as well as experts.

Thousands of birdwatchers venture to Alaska annually, the press release said, in the hopes of coming across birds like the seafaring harlequin duck, the tundra-dwelling bluethroat or eider — the largest duck in the Northern Hemisphere — in Utqiaġvik, north of the Arctic Circle, where all four species of the bird can be found.

According to a new study by researchers from the UAF and Audubon Alaska, almost 300,000 birdwatchers came to the state in 2016, spending approximately $378 million.

The findings of the study, “Small sight — Big might: Economic impact of bird tourism shows opportunities for rural communities and biodiversity conservation,” were published in the journal PLOS One.

“Once you have visitors who are coming to Alaska spending money on viewing rare species that our surroundings provide the critical habitat for on a global scale, it becomes an incentive to keep that habitat high quality for birds,” said economist at the UAF International Arctic Research Center Tobias Schwoerer, who was the lead author of the study, the press release said.

The researchers pointed out that the portions of the tourism industry in Alaska that aren’t related to the rail, ship or cruise lines are frequently overlooked. Schwoerer feels these sectors offer possibilities for the development of specialized ecotourism.

Tourists who come to Alaska to birdwatch spend more, stay longer and trek to more remote areas of the state than other tourists. This means the revenue gets distributed more widely, potentially benefiting rural communities that may not see as much revenue from other industries, reported Earth.com.

These far-flung regions are the homes of many of the elusive bird species birders seek out, according to the press release.

Birders also have a tendency to take part in more activities in smaller groups, like guided tours, than other visitors.

“Independent travelers are more likely to take a flight out to the Pribilofs, or go to the Aleutians to see an exotic species they can’t find elsewhere, or book a trip with a small operator who drives Sprinter vans from Fairbanks to Prudhoe Bay,” Schwoerer said, as Earth.com reported.

The study was initiated by Natalie Dawson, formerly of Audubon Alaska, who led birdwatching bike rides and hikes at Haines Chilkat Bald Eagle Preserve and was inspired by its off-the-beaten path adventurers, the press release said.

“This study gives us a glimpse of how diverse our state’s tourism is and can be in the future, as well as how intertwined our communities are with visitors in the shared experience of marveling at the wonders of birds,” said Dawson in the press release.

According to the study, almost 50 percent of the tourism spending related to birds was on tours in the southeastern part of Alaska, with Nome being a hotbed for birdwatching revenue.

“Sustainable and well-managed birdwatching is a growth sector. Birdwatching in Alaska is a type of tourism where Alaskans can capitalize on the region’s intact lands and waters,” said Audubon Alaska’s interim executive director and director of conservation David Krause, in the press release. “It’s an exciting place of opportunity that protects irreplaceable and fragile ecosystems while supporting jobs.”