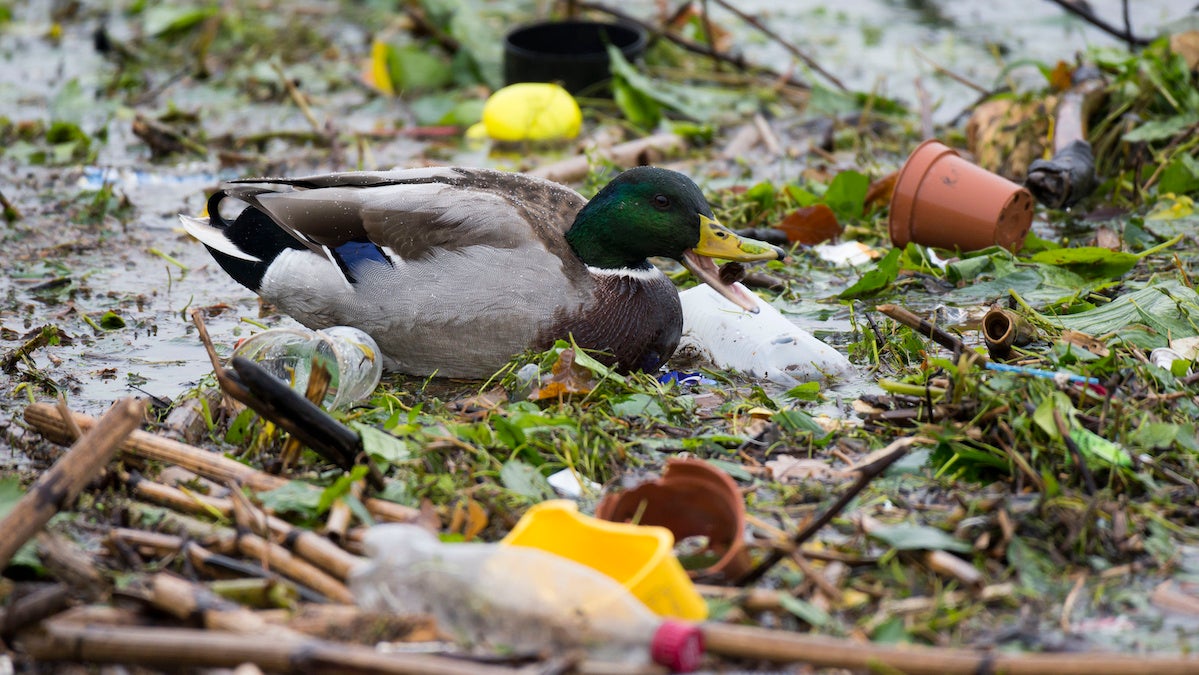 The gruesome images of whales and deer dying after mistaking plastic for food has helped put into perspective just how severe the plastic waste crisis is. Now, a new study finds that it is not just land and sea animals eating our plastic trash. It turns out that birds are eating hundreds of bits of plastic every day through the food they eat.

The scientists from Cardiff University, the University of Exeter and the Greenpeace Research Laboratories found that birds along Britain’s rivers are eating hundreds of fragments of microplastics daily because the worms and insects they feast on have also swallowed the plastics, making this the first study to show how plastic pollution makes its way up the food chain, as the BBC reported. The study was published in the journal Global Change Biology.

Previous research has noted that half of the insects in the rivers of south Wales contain microplastic fragments.

“The fact that so many river insects are contaminated makes it inevitable that fish, birds and other predators will pick up these polluted prey — but this is the first time that this type of transfer through food webs has been shown clearly in free-living river animals,” said Joseph D’Souza, one of the study’s researchers, to the BBC.

The Cardiff University researchers analyzed at plastic pollutants found in a bird known as a dipper, which wades or dives into rivers in search of underwater insects. They looked at droppings and regurgitated pellets from the birds and found microplastic fragments in roughly half of 166 samples taken from adults and nestlings at 14 of 15 sites studied.

“These iconic birds, the dippers, are ingesting hundreds of pieces of plastic every day,” said Steve Ormerod, a professor at Cardiff University’s Water Research Institute to the BBC. “They’re also feeding this material to their chicks.”

“In almost 40 years of researching rivers and dippers, I never imagined that one day our work would reveal these spectacular birds to be at risk from the ingestion of plastics — a measure of how this pollution problem has crept upon us,” said Ormerod, as iNews in the UK reported.

Similarly, another study published in the journal Environmental Pollution recently found that birds of prey in Florida swallow tiny bits of plastic debris at a rate of hundreds a day, particularly microplastic fragments made of polyester, polypropylene and nylon, as Sustainability Times reported.

In that study, the researchers examined dozens of birds of prey, including hawks, ospreys and owls retrieved from the Audubon Center for Birds of Prey in Florida. From the 63 birds examined, representing eight different species, all were found to have microplastics in their GI tract, according to the study.

“Birds of prey are top predators in the ecosystem and by changing the population or health status of the top predator, it completely alters all of the animals, organisms and habitats below them on the food web,” said Julia Carlin, the study’s lead author, in a University of Central Florida press release.