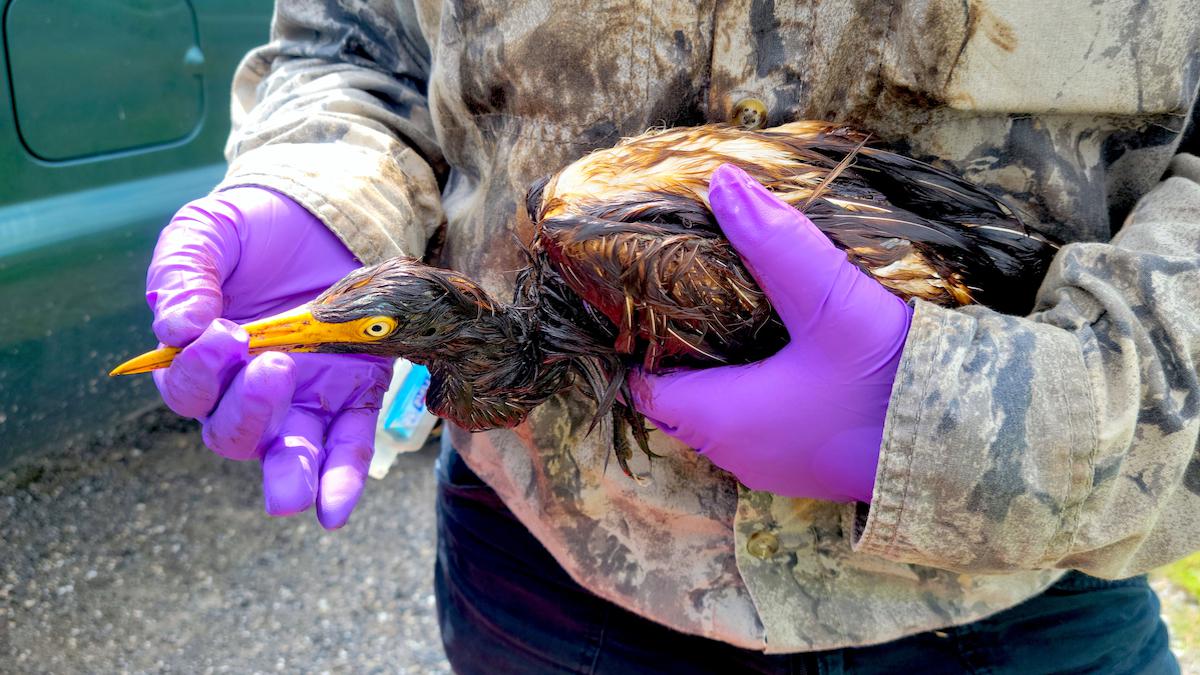 More than 100 birds have been found covered with oil following a spill linked to Hurricane Ida‘s path through the Gulf of Mexico late last month.

The Louisiana Department of Wildlife and Fisheries (LDWF) said Thursday that the birds were impacted by a spill at the Alliance Refinery in Belle Chasse, Louisiana.

“The number of oiled birds documented, with more expected, have been observed within heavy pockets of crude oil throughout the facility as well as nearby flooded fields and retention ponds,” the LDWF said.

As of Thursday, 10 birds had been captured and taken to a rehabilitation center for cleaning, state biologist Jon Wiebe told The AP. A total of five birds had been found dead.

LDWF said that the bird species impacted by the spill included black-bellied whistling ducks, blue-winged teal and a variety of egret species. Alligators, river otters and nutria were also found partly covered in oil. The department said it could take weeks to save the affected wildlife.

The news comes as the U.S. Coast Guard investigates hundreds of oil spills in the wake of Hurricane Ida, which made landfall August 29, CNN reported. One example is a miles-long spill about two miles from Port Fourchon, Louisiana that divers believed emerged from a broken pipeline.

The U.S. Environmental Protection Agency further said on Thursday that it had received 43 notifications of significant inland oil spills or chemical releases following the storm, according to The AP.

The Alliance Refinery spill was first reported by The AP September 1. The refinery is owned by Phillips 66, which initially downplayed reports of the spill. However, a Louisiana Department of Environmental Quality investigation revealed that a levee had breached during the storm, allowing water to first flood the plant and then rush back out. The crude oil spill was being cleaned with booms and absorbent pads, the department said. Still, a spokesperson for Phillips 66 has continued to minimize the damage.

“The breach has been secured,” spokesperson Bernardo Fallas told The AP Thursday. “Clean-up crews continue to remove oil and sheen contained within some flooded areas of the refinery. There has been no offsite impact. We continue to work with all appropriate regulatory agencies.”

While there are no official estimates of how much oil has spilled, the refinery has the capacity to process more than 255,000 barrels of crude oil a day. As of Thursday, it remained closed with no date fixed for reopening.