UK’s ‘Birdgirl’ a Voice for Conservation and Equality 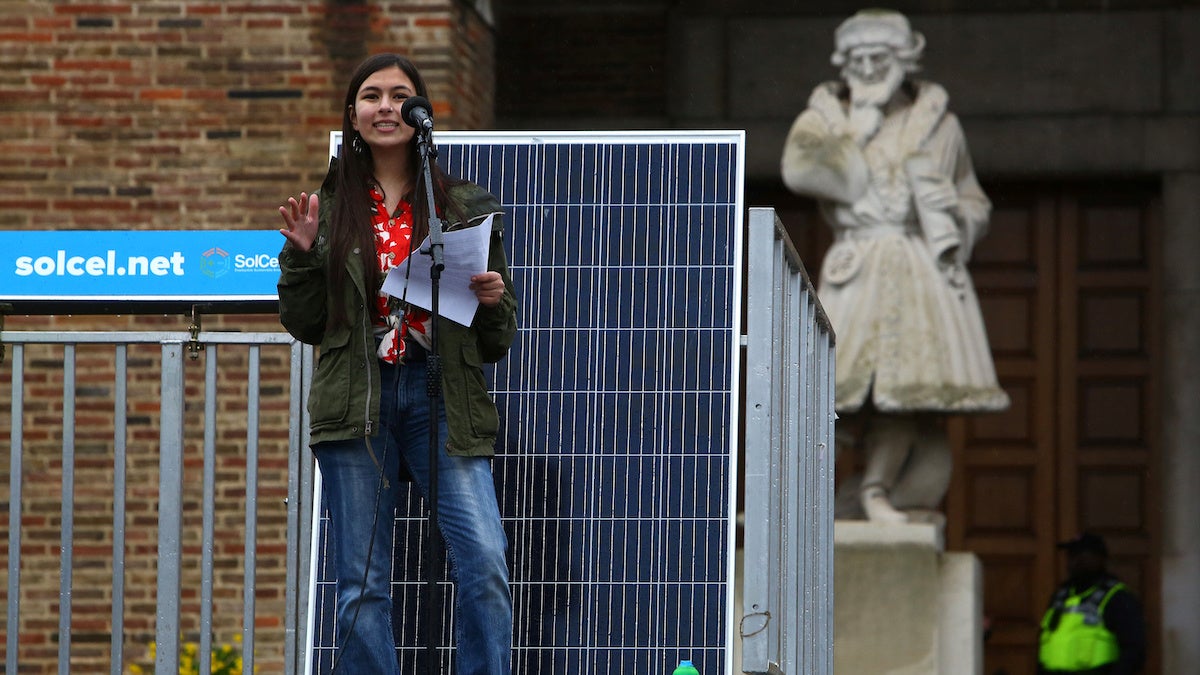 Mya-Rose Craig was just nine days old when she spotted her first bird — a lesser kestrel. She doesn’t remember it now, of course, but a grainy photo shows her looking through a telescope on the Isles of Scilly off the English coast.

It’s no surprise then that Mya-Rose caught the birdwatching bug early. Her father is an avian enthusiast and cultivated a love of the hobby within his family. At 17-years-old, she’s now the youngest person to have spotted half the world’s known birds — an impressive 5,369 species.

“I’ve always felt this very strong connection with birds,” she says, binoculars slung around her neck. “I think especially when I was younger, just the fact that they could fly I found so interesting. And I mean, what little kid doesn’t dream of flying?”

Strolling through the lush woodlands of Ashton Court Estate on the outskirts of Bristol, the English city close to her home, Mya-Rose spots a blue tit. They are common in the UK, but she says long before she was able to travel in search of rarer species, local birds offered her a way to connect with nature.

“Especially when I was younger, I definitely appreciated the fact that I didn’t have to go out into the wilderness and hunt them down,” she said. “You could go out and they would just be in the garden. It was that real accessibility that appealed to me.”

Yet as a young woman of Bangladeshi heritage, Mya-Rose noticed early on that there were very few people in the field who looked like her.

“I noted that people going out into nature were nearly all white,” she says. “And as someone who was lucky enough to have been given the opportunity to engage with nature her entire life, I found it really upsetting that other people just weren’t having the same opportunities.”

That’s something she set out to change. Under the name “Birdgirl,” Mya-Rose has become a prominent voice for diversity in conservation, and joined a global chorus of young female environment campaigners, such as Greta Thunberg and Vanessa Nakate.

Mya-Rose’s was just 13 when, with the help of her parents, she organized her first “Race Equality in Nature” conference to highlight this lack of diversity not only in access to nature, but also in conservation and environmental work. The environmental sector is among the least diverse in the UK — just over 3% of environment professionals identify as non-white minorities according to one study.

The event brings NGOs, academics, young naturalists and representatives from black, Asian and minority ethnic and faith communities together to work out the complex reasons for the lack of diversity, she says.

“It ranges from things like a lot of people in these communities not having appropriate clothes for English weather,” said Mya-Rose, “or this massive cultural fear of dogs, to much more difficult issues such as this feeling within the communities that the countryside is very white and elitist, and that they’re not welcome.”

In the intervening years, the young conservationist has amassed more than 13,000 Twitter followers and launched a blog that’s been viewed more than a million times. She’s been on TV, given a TED talk and held lectures. In February 2020, Mya-Rose became the youngest Briton to receive an honorary doctorate from the University of Bristol for her diversity and environmental campaigning.

The birdwatcher also runs regular nature camps for inner-city teenagers through the organization Black2Nature, which she set up in 2016.

Over one or two nights, kids camp in the British countryside and take part in workshops during the day on everything from sketching and birding to talks about the environment and the climate crisis.

“I personally felt that it has got to the point where being able to access and enjoy nature has almost become a privilege and I just find it completely unacceptable, especially because people forget that we’re animals too and we’re supposed to be constantly surrounded by nature — and we’re just not,” said Mya-Rose.

When the Personal Is Political

Through Black2Nature, she’s trying to change the idea of what “connecting with nature” means in the first place.

“I feel like there’s this very old-fashioned picture here — it’s going out in your fancy birding clothes with your pair of binoculars, and a lot of people just don’t really fancy that idea,” she explained.

“So broadening that to going down to the community gardens and growing some plants that you’re going to eat, or even just like watching the foxes in your garden at night in the city, will massively help in the future.”

Studies have shown getting out into green spaces and getting in touch with nature is good for mental health.

But Mya-Rose says the impact is more than just personal.

Birding gave her an appreciation for the natural world and became a gateway for her environmental activism, including getting out on the streets as part of the youth climate movement, she says. She also tries to lessen the impact of her overseas birding trips by choosing ecotourism that benefits local communities and by using the knowledge she gains to raise biodiversity issues at home.

In turn, she believes, if simple joy in spotting a bird can lead to political activism, then it stands to reason a disconnect from nature must be a factor in harming the environment and climate.

“It’s increasingly important to make sure people really care and understand the environment because without knowing it and loving it, there’s no way that they’re going to be able to make the sacrifices to look after it,” she said.