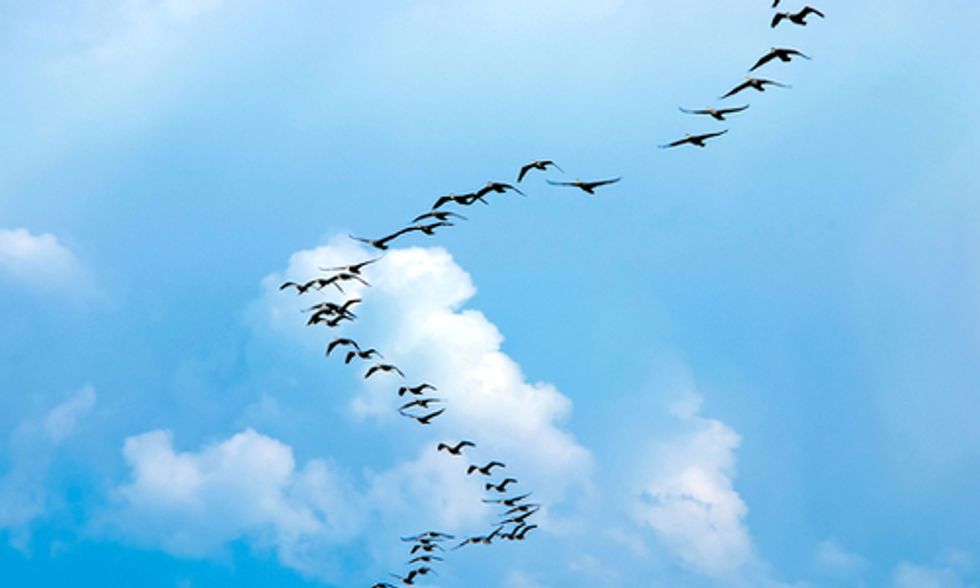 For some people, spring means tax time; for others it brings thoughts of Easter or Passover. For me, the best thing about spring is that it is time for the spring bird migration, the best time of the year to see certain species. It’s also a time to reflect on what a tremendous accomplishment migration is, and how fraught with peril it is for far too many birds.

The average songbird may only weigh about half an ounce, and burns a tremendous amount of energy during migration. Photo courtesy of Shutterstock

While some species of birds remain in the same area year-round, most of our songbird species are “neotropical migrants”—meaning that they breed in the U.S. or Canada, but winter in the warmer climes of the Gulf Coast, or even farther into Central and South America. The month of May, when many of the birds return north, is a particularly good time to be a birdwatcher, for a couple of reasons: first, it is an opportunity to see birds that aren’t present most of the year.

Certain warbler species, for instance, breed only in New England and Canada, so many Americans only have a fleeting chance at a glimpse of these species. Also, migration routes tend to be concentrated into “flyways,” with certain spots being “hotspots” where birds reliably congregate to eat and rest up for the next leg of the journey. A good outing during migration can thus turn up a lot more birds than during the breeding season, when species and individuals tend to be more dispersed.

Birds that undertake migration face triple-whammy of threats: Not only do they need quality habitats in both their wintering and breeding ranges, but they also need to survive the trip, which can be thousands of miles in length and full of dangers along the way. Collisions with buildings kill several hundred million birds each year, and other structures, like communication towers and wind turbines, can also be deadly. Feral and free-ranging cats may kill even more songbirds than collisions do. And the evidence is mounting that climate change is playing an increasingly important role in bird declines. Sea level rise is damaging coasts and wetlands that are important feeding grounds. Increased droughts and fires are damaging forest and shrubland habitats.

And more subtle, but perhaps even more important changes are happening as well, having to do with the timing of important food sources, particularly the emergence of insects. The average songbird may only weigh about half an ounce, and burns a tremendous amount of energy during migration and breeding, making it especially critical that their arrival at stopovers and breeding sites be timed to match food availability.

As climate change throws seasons out of whack, some of these critical timings are getting thrown off—a phenomena known as “phenologic mismatch.” Researchers in Europe have found that phenologic mismatches are an increasingly important cause of bird declines. And in the U.S., birds are actually altering their migration timing to match changing weather conditions—a good strategy, but one that puts them at risk of missing out on major insect emergences.

Get out there this spring and see some birds. While you’re at it, help them survive their migration by keeping your cat indoors, limiting the use of pesticides and other chemicals in your yard, making windows and glass doors more bird-friendly, and providing backyard habitat like sources of water, cover and food.