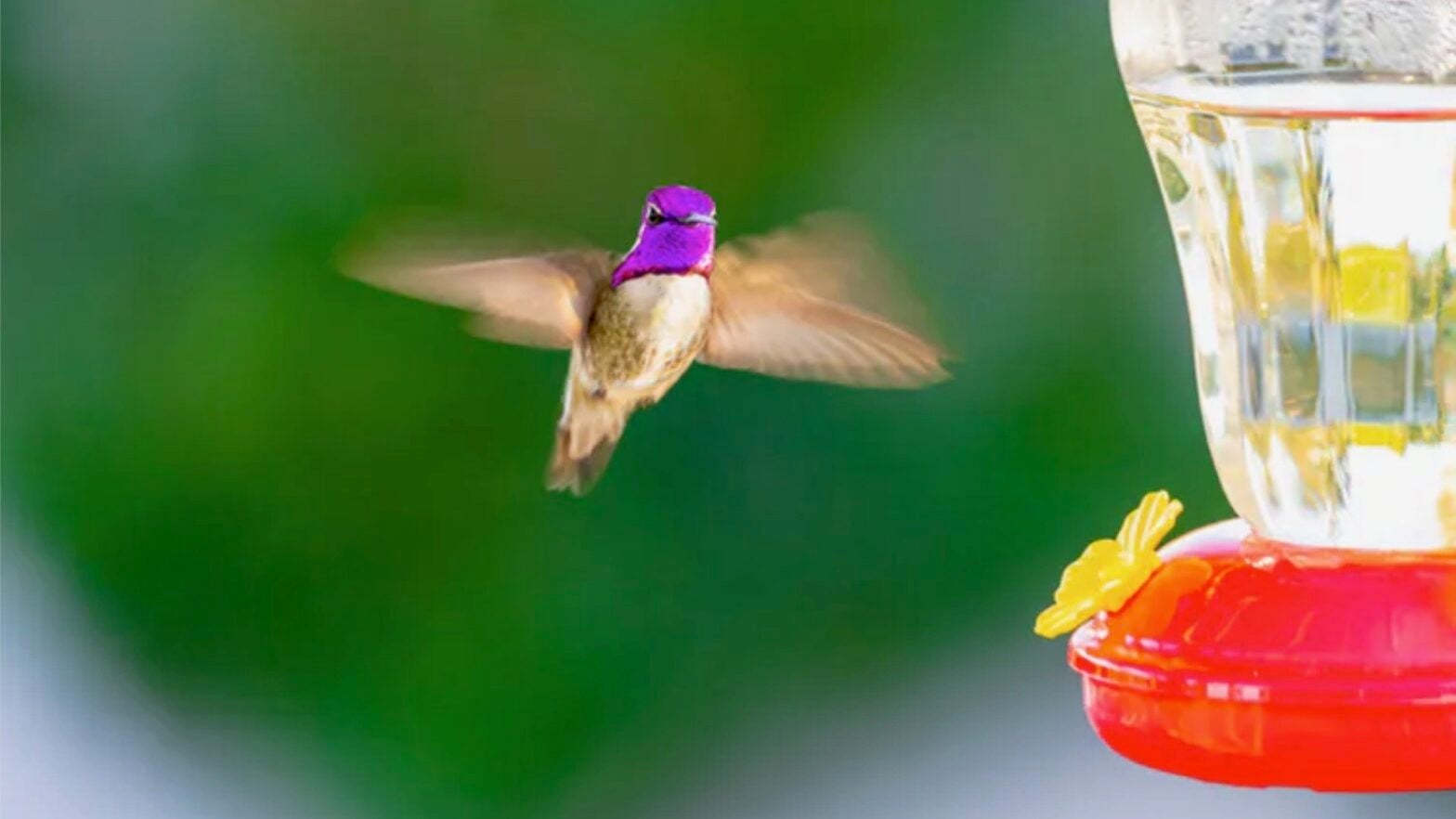 Millions of Americans enjoy feeding and watching backyard birds. Many people make a point of putting food out in winter, when birds needs extra energy, and spring, when many species build nests and raise young.

As a wildlife ecologist and a birder, I know it’s important to understand how humans influence bird populations, whether feeding poses risks to wild birds, and how to engage with birds in sustainable ways.

There is still much to learn about the risks and benefits of feeding birds, particularly through large integrated national citizen science networks like Project FeederWatch. But we now have enough information to promote healthy interactions that can inspire future generations to care about conservation.

Birds have been taking advantage of human civilization for thousands of years, congregating where grains and waste are abundant. This means that people have been influencing the abundance and distribution of species for a very long time.

Studies show that providing food has myriad effects on birds’ decisions, behaviors and reproduction. One significant finding is that winter bird feeding increases individual survival rates, can encourage birds to lay eggs earlier in the year, and can also improve nestling survival.

All of these factors alter species’ future reproductive performance and can increase total bird abundance in later years. It’s not always clear how increased abundance of feeder birds impacts other species through competition, but rarer and smaller species can be excluded.

Supplemental food has also led to reduced reproductive success in a few species. This may happen because it improves survival odds for less healthy birds that otherwise would be unlikely to survive and reproduce, or because it leads birds to eat fewer types of natural foods, making their diets less nourishing.

Research also shows that birds are extremely promiscuous. One review examined 342 species and found that in approximately 75 percent, birds had one or more side partners in addition to their nest mate.

It’s not always clear why birds cheat, but several studies have found that supplemental feeding can reduce the amount of infidelity in certain species, including house sparrows. This hints that feeding birds might alter their behavior and have an effect on genetic variation in urban populations.

For birds that provide pollinating services, like hummingbirds and lorikeets, there is some evidence that providing them with sugar water – which mimics the nectar they collect from plants – can reduce their visits to native plants. This means they will transfer less pollen. Since much bird feeding happens in densely populated urban areas, it’s unclear how much impact this might have.

Some bird populations depend completely on feeding and would collapse over the winter without it. For example, Anna’s hummingbirds in British Columbia rely on heated feeders. Other species, such as hummingbirds in the southwest U.S., have become more locally abundant. Northern cardinals and American goldfinches have shifted and expanded their ranges northward with the availability of food.

In one incredible instance, garden feeders seem to have played a role in establishing a new wintering population of migratory blackcaps in the United Kingdom. This group is now genetically distinct from the rest of the population, which migrates further south to Mediterranean wintering grounds.

Scientists still know little about how bird feeding affects transmission of pathogens and parasites among birds. It is not uncommon for birds at feeders to carry more pathogens than populations away from feeders. Some well-documented outbreaks in the U.S. and U.K. have shown that feeding birds can increase problems associated with disease – evidence that was collected through feeder watch citizen science projects.

Because we still have a poor understanding of pathogen transmission and prevalence in urban areas, it is extremely important to follow hygiene guidelines for feeding and be alert for new recommendations.

Feeding can also attract predators. Domestic cats kill an estimated 1.3 to 4 billion birds in the U.S. every year. Feeders should not be placed in settings where cats are present, and pet cats should be kept indoors.

Feeders can also support both native and introduced birds that outcompete local species. One study found that feeders attracted high numbers of crows, which prey on other birds’ chicks, with the result that less than 1 percent of nearby American robin nests fledged young. In New Zealand, bird feeding largely benefits seed-eating introduced species at the expense of native birds.

The good news is that studies do not show birds becoming dependent on supplemental food. Once started, though, it is important to maintain a steady food supply during harsh weather.

Birds also need access to native plants, which provide them with habitat, food and insect prey that can both supplement diets and support species that don’t eat seeds at feeders. Diverse food resources can counteract some of the negative findings I’ve mentioned related to competition between species and impacts on bird diets.

Good maintenance, placement and cleaning can help minimize the likelihood of promoting pathogens at feeders. Initiatives like Project FeederWatch have recommendations about feeder design and practices to avoid. For example, platform feeders, where birds wade through the food, are associated with higher mortality, possibly through mixing of waste and food. 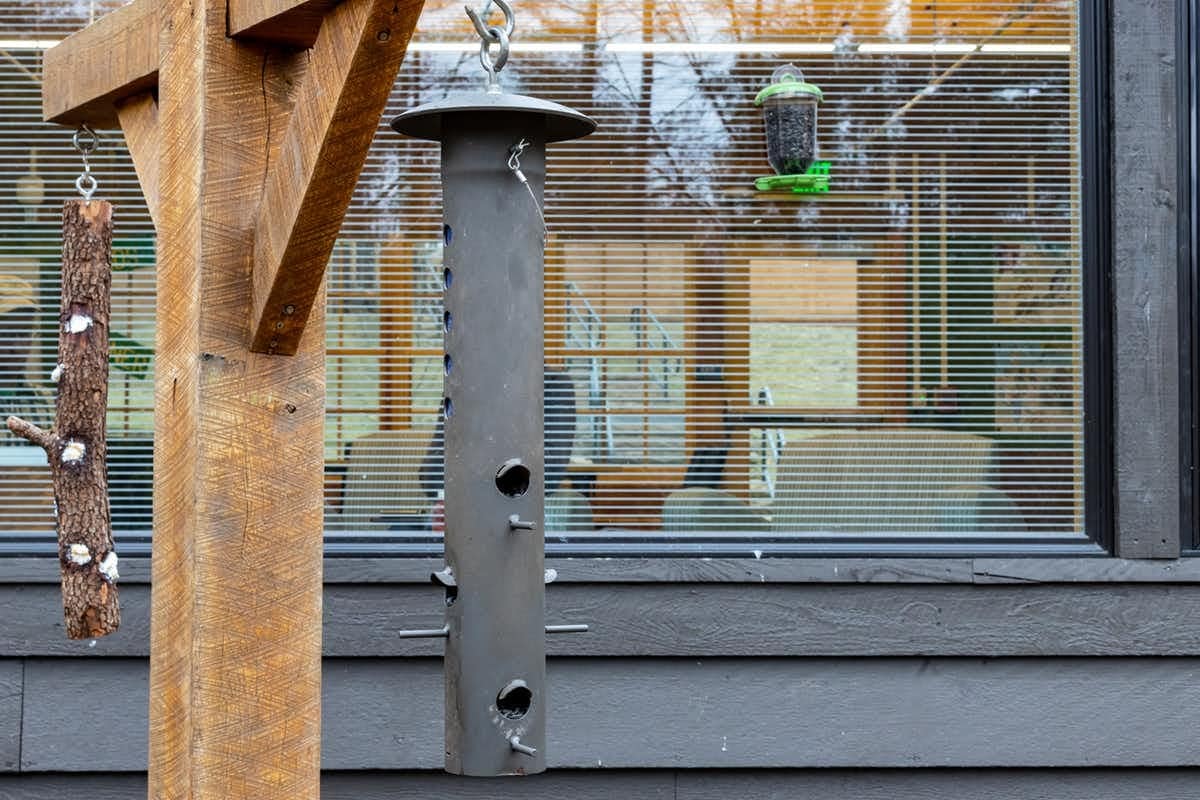 Treatments on this window at Shaver’s Creek Environmental Center prevent birds from thinking they can fly straight through the building and colliding with the glass. Julian Avery / CC BY-ND

It’s also important to manage the area around feeders. Be sure to place feeders in ways that minimize the likelihood that birds will fly into windows. For instance, avoid providing a sight line through a house, which birds may perceive as a corridor, and break up window reflections with decals.

There are lots of great reasons to bring birds into your life. Evidence is growing that interacting with nature is good for our mental health and builds public support for conserving plants and wildlife. In my view, these benefits outweigh many of the potential negatives of bird feeding. And if you get involved in a citizen science project, you can help scientists track the health and behavior of your wild guests.