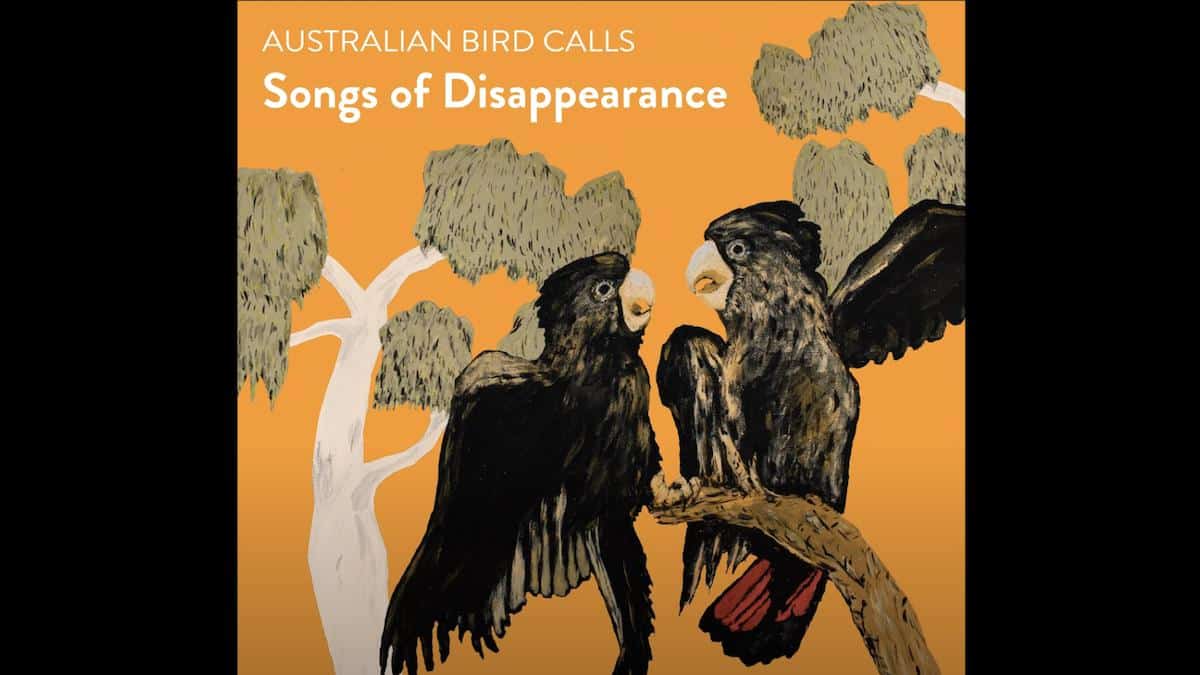 An album featuring 40 years’ worth of bird calls has taken the No. 5 spot on the music charts in Australia. The Bower Bird Collective

In Australia, today’s top hits may surprise you. Just one week after its release, an album featuring 40 years’ worth of bird calls has taken the No. 5 spot on the music charts, beating out Abba, Mariah Carey, and Michael Bublé.

Songs of Disappearance features calls from 53 threatened Australian bird species, which were recorded over a span of 40 years. The album proceeds will benefit BirdLife Australia, an avian conservation organization.

“The title track celebrates the incredible diversity of the Australian soundscape, and highlights what we stand to lose without taking action,” the album description reads. “Be immersed in a chorus of iconic cockatoos, the buzzing of bowerbirds, a bizarre symphony of seabirds, and the haunting call of one of the last remaining night parrots.”

The project is a collaboration among David Stewart, a renowned nature recordist, the Bowerbird Collective, BirdLife Australia, Charles Darwin University and Mervyn Street of Mangkaja Arts. It started when Stephen Garnett, author of the Australian Action Plan for Birds, asked Anthony Albrecht of the Bowerbird Collective if the collective could help promote the action plan. The action plan brings to light that one in six birds in Australia are threatened with extinction.

So Albrecht and Simone Slattery, Bowerbird Collective co-founder and violinist, got to work arranging the songs of 53 threatened birds into an opening track for the now chart-topping album, Songs of Disappearance. The calls and songs were recorded by Stewart, whose collections of nature recordings have been housed in The British Library, National Sound Archive and the Macaulay Laboratory of Ornithology in Ithaca, New York.

“I listened to the birds [as recorded by Stewart] one after the other and I found it incredibly moving,” Slattery tells The Guardian. “I kept listening until I could feel a structure coming to me, like a quirky dawn chorus. Some of these sounds will shock listeners because they’re extremely percussive, they’re not melodious at all. They’re clicks, they’re rattles, they’re squawks and deep bass notes.”

For interested listeners in Australia, you can purchase a hard copy of the CD, and digital downloads are available internationally. The album, available here, is $9.08 and includes 54 tracks ranging from 11 seconds to 2 minutes, 55 seconds long. The songs are also available individually for purchase for $1.54 each, in case you just want to replay the title track on loop or plan to fall asleep to the sounds of the Mallee Whipbird.