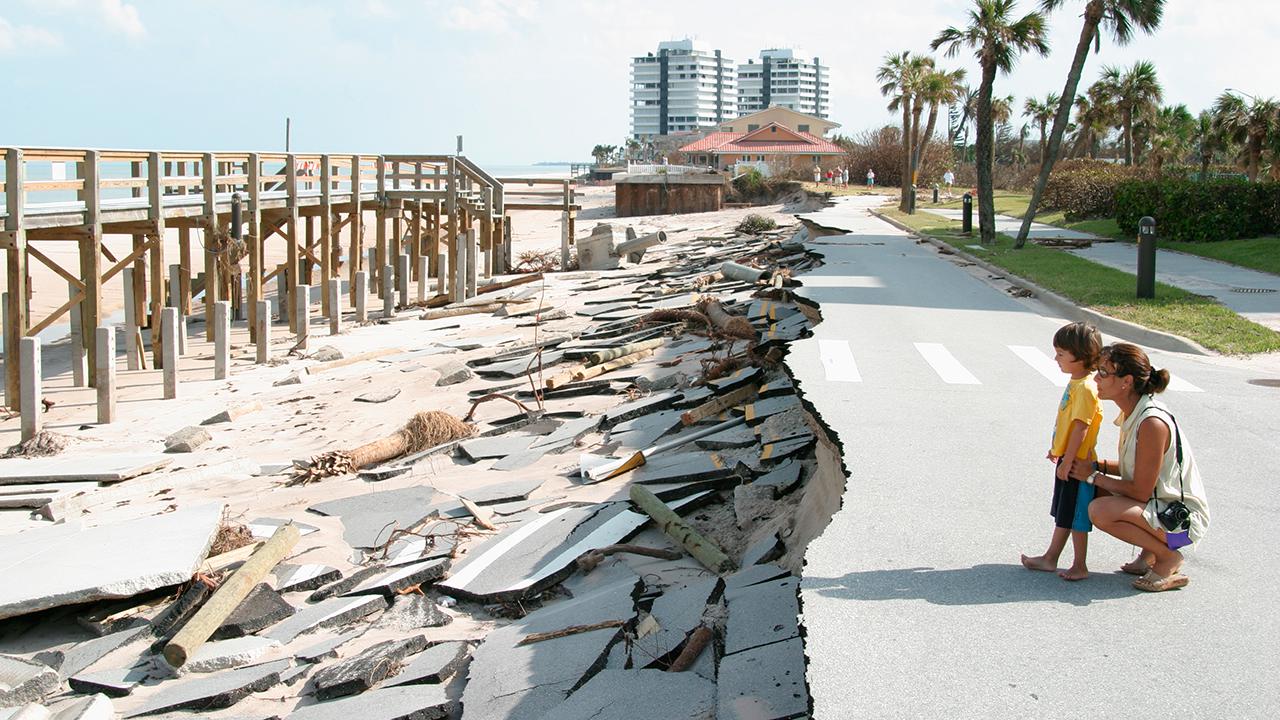 By Bryan Keogh and Stacy Morford

Congress appears close to a trillion-dollar infrastructure deal that recognizes the risks of climate change and the need to make America’s coasts more resilient.

On July 28, a bipartisan group of senators who have been working on the package for weeks announced an agreement on “major issues” of the plan. The Senate later that evening voted 67 to 32 to move it forward in a procedural vote; it still faces major hurdles.

While many of the details have yet to be disclosed – or finalized – a few have emerged. The deal provides US$550 billion in new spending on roads, transit, electricity and other physical infrastructure, including about $47 billion for flooding and coastal resiliency and funds to help adapt ports and waterways to a changing climate.

The Conversation has been exploring how climate change is affecting U.S. infrastructure and ways Congress could make it more resilient as sea levels rise, storms become more destructive and temperatures become more extreme.

These three articles from our archive describe some innovations in resilient infrastructure.

1. Adaptive Design Lessons From the Dutch

The Dutch have been dealing with flood risks for generations in the Netherlands, where a large part of the country is below sea level. They’ve learned that one key to living with rising water levels is adaptive design – building infrastructure that can be expanded in the future.

In the U.S., adaptive design might mean building levees wider than usual so they can be easily raised in 20 years. Or it could mean leaving room for future water pumps in areas that will become more flood-prone, or installing floodgates that can be raised or lowered as needed.

“By starting with an adaptive design, the U.S. can save billions of dollars compared with having to build new systems decades down the road,” writes Jeremy Bricker, a hydraulic and coastal engineer at the University of Michigan.

He points to the cost of renovating California’s Folsom Dam, built in 1955. Adding a new spillway now to improve water control is costing about $900 million, close to the price of the original dam with inflation.

In several coastal cities, the Army Corps of Engineers is developing plans for giant flood walls to provide protection against storm surges. The instinct is to build big now to handle the worst-case scenario in the future.

But in Miami, that plan reveals two problems: While a large wall might lessen the damage of a hurricane storm surge, it would block the downtown area’s million-dollar water views. And a 6-mile wall would only protect the downtown Miami area, and only from the surge. Water would still come in, and everyone outside the wall would be vulnerable.

There are other ways to protect the coastline that are less obtrusive and draw on natural coastal storm control, write University of Miami engineer Landolf Rhode-Barbarigos and ocean scientist Brian Haus.

Rhode-Barbarigos and Haus have been involved in developing “green-gray” infrastructure that pairs the strength of specially designed concrete structures with the natural protection of corals and mangroves for effective, more natural-looking hybrid coastal protection.

“Living with water today doesn’t look the same as it did 50 years ago, or even 20 years ago,” they write. “Parts of Miami now regularly see ‘sunny day’ flooding during high tides. Salt water infiltrates basements and high-rise parking garages, and tidal flooding is forecast to occur more frequently as sea level rises. When storms come through, the storm surge adds to that already high water.”

They add: “We don’t want to see Miami become Venice or a city walled off from the water. We think Miami can thrive by making use of the local ecosystem with novel green engineering solutions and an architecture that adapts.”

Concrete is also evolving for the changing climate. Scientists are developing ways to minimize corrosion when concrete structures are subjected to sea water, and they’re making concrete itself more climate-friendly.

Cement, which binds concrete, is responsible for about 7% of global carbon dioxide emissions – greenhouse gases that are warming the environment and causing the oceans to rise. Some 26 billion tons are produced nationwide each year, and production is growing.

“Given the scale of the industry and its greenhouse gas emissions, technologies that can reinvent concrete could have profound impacts on climate change,” write University of Michigan engineers Lucca Henrion, Duo Zhang, Victor Li and Volker Sick.

Scientists are developing new types of concrete that reduce the amount of greenhouse gases released, including infusing it with carbon dioxide so future bridges and buildings lock away greenhouse gases that might otherwise be released into the atmosphere. The Michigan team has developed carbon dioxide-infused concrete that requires less steel, is stronger and more durable – and it’s bendable.