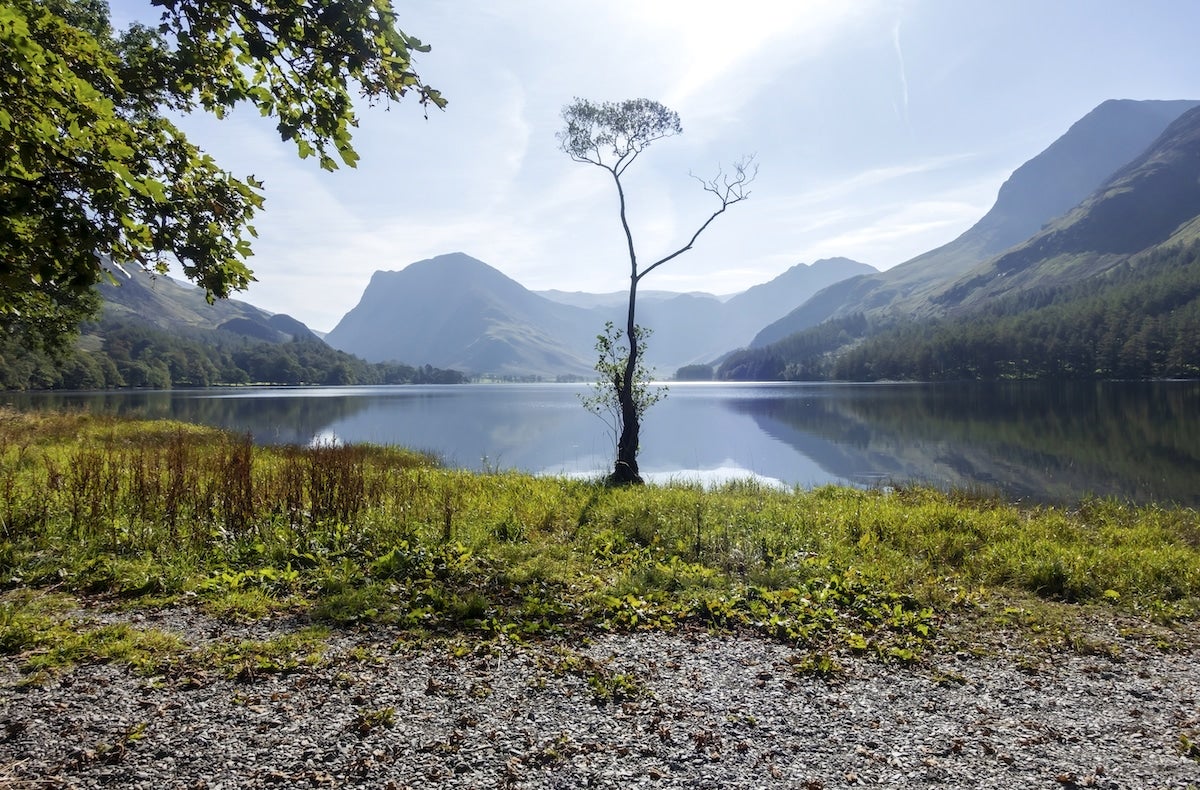 Lake Buttermere in the UK, which has lost nearly half of its biodiversity over time. Nigel Kirby / Loop Images / Universal Images Group via Getty Images

Around 6,000 years ago, more than two-thirds of Europe was covered in forest, a 2018 study found. But because of land clearing for agriculture and the use of wood for fuel, that number has more than halved, and today only around one third of Europe is woodland. In some countries like the UK and the Republic of Ireland, the amount of forest falls below 10 percent.

Yet discussions of biodiversity loss today usually ignore this, focusing on the relatively recent threats to ecosystems in developing countries in the Global South instead of the staggering historical losses in developed countries that grew wealthy by clearing their nature centuries ago. If left unaddressed, this discrepancy could skew international negotiations such as those surrounding the UN Biodiversity Conference (COP 15), which began online in October of 2021 and is now scheduled to conclude sometime in the third quarter of 2022.

“The danger with losing sight of that deep history is that we could have a process at COP that’s really unfair to those countries that have retained their biodiversity really well up to this point,” professor Andy Purvis of the Natural History Museum, London, told EcoWatch.

To address this danger, Purvis and a team of researchers at the museum designed a new tool that makes it possible to directly compare countries based on how much of their biodiversity they had managed to preserve over time. The Biodiversity Intactness Index (BII), part of a larger Biodiversity Trends Explorer, ranks each nation on a scale of zero to 100 percent, with zero meaning a country has essentially no biodiversity left and 100 meaning natural ecosystems are entirely intact. It is based on abundance data for plants, animals and fungi. The tool has been in development since 2012 and is the work of four main researchers who completed the modeling, around 10 people who designed the website and close to 1,000 who provided biodiversity data from around the world.

While the museum team is still fine-tuning and adding to the trends explorer, the index comes at a crucial time for the world’s biodiversity. In a 2019 report, the UN warned that nature was in “unprecedented” decline and that one million species were at risk of extinction. A year later, the UN’s Convention on Biological Diversity revealed that world leaders had failed to meet a single one of the 20 biodiversity targets that had been set a decade earlier, which makes the negotiation of the new set of targets at the partially completed COP15 all the more urgent.

The picture painted by the Biodiversity Intactness Index is in keeping with these other warning signs. It found that the world overall had a BII of 75 percent in 2020 if each square kilometer was considered equally and below 69 percent if more ecologically productive areas were given more weight than others, as the museum explained in a press release. According to the Planetary Boundaries Framework, however, 90 percent biodiversity intactness is the “safe limit” below which ecosystems become less resilient and lose their ability to reliably provide natural resources.

But the BII is not steady across the globe. The UK, for example, has a BII of just 53 percent, which puts it in the bottom 10 percent globally. China, for comparison, has a BII of 63.44 percent, Indonesia has a BII of 71.86 percent and Brazil has a BII of 76.23 percent.

This can provide more context to international negotiations like COP15, because there isn’t historical data for biodiversity loss the way there is for the climate crisis, with scientific observations giving at least two centuries’ worth of temperature data and tree rings or ice cores going back thousands of years, Purvis explained. Instead, the most frequently used indicators cover the past few decades and therefore highlight the fact that developing nations are now losing biodiversity at a rapid rate. The BII rounds out this picture by using modeling to compensate for the lack of observational data and reveals that, while countries like the UK may not be losing biodiversity as quickly as countries like Brazil, that’s largely because they have so much less to lose.

This sense of perspective can help create fairer targets, Purvis explained. For example, it’s easier for developed countries to agree to targets mandating biodiversity gain going forward “because it’s such a low base, almost the only way is up. Whereas,” Purvis said, “it’s much harder for somewhere like Brazil or Indonesia to meet the aspirations of its people without any erosion of nature going forward. So saying to them, your trajectory has to be positive from this point on, would be as unreasonable as saying to [the] developed world, well, you have to reach 80 percent intactness.”

The BII can also inform the question of who should pay to preserve any one country’s remaining biodiversity.

“It seems at first as though it’s a very reasonable point of view to say, well, the country whose biodiversity it is should pay to conserve it,” Purvis said. “But then when you see that a lot of the countries who might be suggesting that actually haven’t retained their own biodiversity at all, they actually cashed in their biodiversity for financial gain centuries ago in many cases, and it highlights that that’s maybe not such a reasonable negotiating position after all.”

The tool can also help nations with the nitty-gritty of tracking and reporting their progress on targets. Fellow museum researcher Dr. Adriana De Palma summed it up in the press release.

Because it is able to model far back into the past, the tool also revealed some disturbing truths about the history of biodiversity loss.

“There’s only one 50-year period in which global average BII increased over time, and that was after the Black Death, because such a large fraction of people died that huge areas of farmland reverted towards woodland and forest,” Purvis said.

However, that doesn’t mean we need to wait for an even worse version of the coronavirus pandemic to see global BII rise again. The researchers also ran their models into the future based on five possible Shared Socioeconomic Pathways that the human society could follow in the near future: fossil-fueled development, growing inequality, regional rivalry, muddling through (middle of the road) and taking the green road, according to the press release. In the “taking the green road” pathway, it is actually possible to stop biodiversity from declining further.

“There are decisions we can take, choices we can make that will allow us to get to the future intact,” Purvis said.

Futures that “bend the curve” on biodiversity loss share certain characteristics, according to Purvis:

“At the moment, a lot of agriculture works very much against nature and just tries to absolutely simplify the ecosystem so that there’s hardly any species in it and all the Sun’s energy goes into the crop, and there’s nothing else there,” Purvis said.

While the museum team hopes that policy makers will use their tool to guide us towards a better future, they are continuing to work on the tool’s future as well. They are also adding a Sampled Red List Index for Plants that uses International Union for Conservation of Nature Red List criteria to assess randomly chosen plant species from each of the main plant lineages. They have determined that nearly two-thirds of plant species are Least Concern, but more than a fifth are threatened with extinction.

“Plants provide the support systems for all life on Earth,” the museum website reads. “Declines in plant biodiversity are detrimental for all other species.”